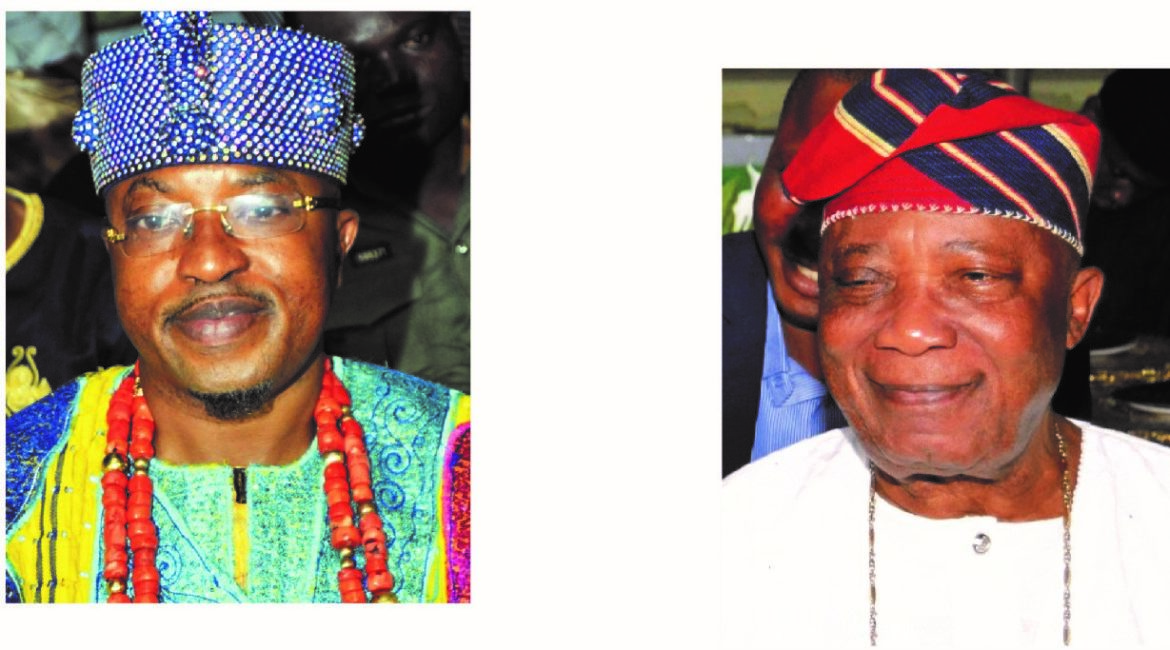 Africa’s foremost family club, the Lagos Country Club, held it’s annual new year party on Friday, January 25th, 2019. It was a spectacular event adjudged to be, by a long shot, the club’s biggest and best organized New Year party. The night had all the trappings of a fabulous showbiz event. From the impressive Red Carpet to the absolutely breath-taking colourful giant television screen that stood almost the height of a storey-building inside the Tennis Court where the party held of course, not forgetting the magnificent stage that could’ve matched that of any major music concert in the country. It was indeed a stage befitting of the king of world beats himself, King Sunny Ade, who was on the bandstand all through the night, thrilling guests with his mind-blowing performance. The tall, slim and pretty Hawaiian themed ushers dressed in white silky gowns adorned with flowers on their heads were a beauty to behold. Everyone who attended agreed that the club’s exceedingly brilliant president, Mr Tajudeen Akande (FCA) and his fantastic team, took the yearly event to a whole new level this time by raising the ante a couple of notches. And to put the icing on the cake, the event was graced by one of Nigeria’s popular billionaires, Sir. (Dr.) Kesington Adebutu, who was the father of the day, and two of Yoruba land’s respected Monarchs, HRM, the ever colourful Oba Abdul-Rashed Adewale Akanbi, the Oluwo of Iwo Land and HRM, the dashing looking Oba Saheed Elegushi(Kusenla III) the Elegushi of Ikate land. City People’s Senior Editor, WALE LAWAL and photojournalist, MATHEW IDOWU were present at the event to give you a comprehensive report of all that went down on the night.

THE EVENT BEGINS WITH THE NATIONAL ANTHEM

Although the party was scheduled to take off by 7pm, it didn’t quite get off the ground until about 8.30 pm when the club’s Secretary General, Mr. Ayokunle Jimoh stepped out to address the guests. He apologised on behalf of the president and the management team for starting a little late and then promptly kick-started the party by asking everyone to rise to their feet for the national anthem.This was followed immediately by a rendition of the club’s anthem. Shortly after, the eloquent Engineer Jide Fashola, former Social Secretary of the club took over from Mr. Ayokunle and began by acknowledging the presence of some of the prominent guests in attendance such as Sir. Dr. Kesington Adebutu, Oba Abdul-Rasheed Adewale, the Oluwo of Iwo, Oba Saheed Elegushi, Chief Osunkeye, former chairman of Nestle, Brigadier General Raji Rasaki, Chief Allan Williams (a former president and trustee of the club), Aare (Dr.) Kola Oyefeso, (also a former President and Trustee) Chief Kenny Martins and several others.

MR. PRESIDENT STEPS OUT FOR HIS OPENING SPEECH

For the first time on the night, the club’s President, Mr. Tajudeen Akande, a man that has been variously described by members as an intensely creative personality owing to the many innovations he’s brought to the table since his assumption of office, performed his first official function. Dressed in a nicely cut blue Agbada that fitted him like glove, the president read his opening speech and spoke largely about how the club weathered the storms of last year and expressed his profound gratitude to all members of the club, and particularly Management Council members and the Organising Committee.

The Club’s President, Mr. Tajudeen Akande, apart from expressing his gratitude to members of the club and management council for their support and dedication, singled out sir (Dr.) Kessington Adebutu for special recognition. He told everyone present how Baba Ijebu has been of tremendous support to the club and thanked him profoundly for all his philanthropic gestures. Mr. President warned the Ijebu billionaire though that, like Oliver Twist, they would still come knocking on his door for more support.

KSA GETS THE PARTY STARTED

No one does it better like the king of world beats, King Sunny Ade. At exactly 10.30 pm, the Juju music maestro was called on stage to declare the dance floor open and thrill the guests. And thrill he did. Many were shocked to find that age has not slowed down KSA one bit. His voice was as sharp as ever, his movements on stage, swift and beautiful to watch. He delighted every single VIP present as he praise sang them specially, one after the other. And when his royal majesty, Oba Abdul-Rasheed Adewale, the Oluwo of Iwo and his royal counterpart, Oba Saheed Elegushi (Kusenla III) the Elegushi of Ikate land, could no longer resist the lure of KSA’s irresistible beats, they took to the dance floor and treated other guests to a display of rare but impressive royal dance steps.

Have you ever caught the talented veteran actress and in-demand master of ceremony, Madam Abiola Atanda popularly known as Madam Kofo compering at an event before? She is amazing. Using her deep knowledge and grip of both the English and Yoruba languages to her advantage, Madam Kofo usually leaves her audience enthralled each time she steps out to take the microphone, especially when she goes into eulogising some prominent members of her audience. And this she did at the Lagos Country Club’s new year party when she spent some time eulogising Sir (Dr.) Kesington Adebutu, Oba Abdul-Rasheed Adewale Akanbi and Oba Saheed Elegushi. From the look on their faces, Madam Kofo must’ve stunned all three of them with her knowledge and mastery of their ‘Oriki’.Her delivery was simply impeccable. She knew exactly the right lines to say to get them spellbound to the point where they had no other choice but to do the needful – bring out the crisp looking naira notes to appreciate her!

After a long spell of performance from KSA, he was asked to take a short break to allow for award presentations to some members of the club and some prominent guests present.Oba Saheed Elegushi, Oba Adewale Akanbi were presented Recognition awards by Chief Olumuyiwa Williams. The Vice-President of the club, Mr. Semiu Oganla was also presented an award plaque recognising and appreciating his contributions and commitment to the club. He was presented the award by one of Lagos State’s most effective and appreciated military governors, Brigadier-General Raji Rasaki. Other members of the club that were also presented awards are immediate past Sec.Gen, Igho Okor, immediate past Social Secretary, Akinyele Akinrinusi, Princess Tola Oladoyin and several others. Past President, Chief Ogunmekan was on hand to present award plaques to a few of the recipients.

This very amiable woman was all over the place ensuring guests were well taken care of. Those who know her pretty well will tell you this is not new about the club’s First Lady, Mrs Akande, she is always up and doing at any major event organised by the club ever since her hugely loved husband assumed office as president a couple of years back… The minute she sights any important guest stepping into the venue, she would promptly get up to go greet them and lead them to their seats. And in the same breath, as she leads them to their seats, she’s introducing them to other top members of the club and meeting the various meals and drinks requests from guests with a waiting smile. The next minute, she’s on her feet coordinating the attendants as they serve the full house choice meals and drinks. Trust us when we say a lot more than a few people were impressed by her conduct and hospitality.

ABOUT THE TOUGH LOOKING SECURITY GUYS

Everyone took notice of them. They were smart, tall heavily built guys properly dressed in attractive looking uniform and combat ready gear. There was quite a large number of them stationed in strategic positions within the venue, just in case some undesirable elements tried to foment trouble. Kentcode Event Security provided them and trust us when we say they did a damn good job. Everyone felt safe with them around.

KUDOS TO MM & B CATERING SERVICES

It is not unusual to find a few people complaining about the quality of meals served them at events. But at the Lagos Country Club’s New Year Party, not one single person complained about the meals served by MM & B Catering Services, the official caterers of the event. Their meals were nothing but awesome.

Brand & Biography Consulting  Ltd and Town Criers Agency in conjunction with the New Year Party Committee came together to plan and execute what turned out to be the Lagos Country Club’s biggest New Year Party ever! Brand & Biography Consulting Ltd, is owned by the incredibly sharp and creative Sanya Onayoade, one of Lagos Country Club’s most pro-active members. Though his outfit is quite young in the industry, they have had the good fortune of handling some of the biggest events in the city and they delivered one hundred percent. Little wonder why the brand has become one of the most sought after in the industry today.