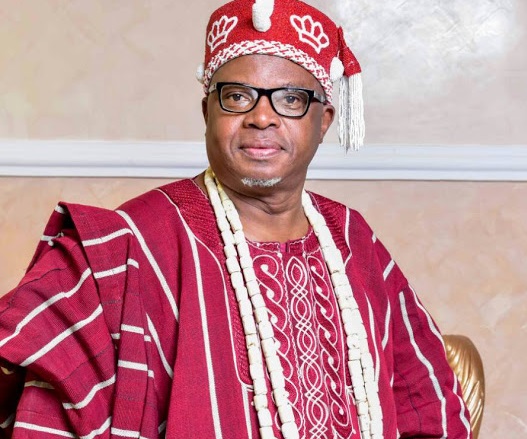 The Abepa of Joga-Orile, Lagori III, Oba Adeyemi Adekeye has appealed to the government at all levels with a special focus on private individuals to come and establish a Tertiary Institution at Jogaland with a pledge of providing free land to support any interested investors.

According to Oba Adekeye, what Joga-Orile desires right now is a tertiary institution be it University or Polytheistic to bring rapid development and improve the economic well being of his subjects.

Still stressing on the development, Lagori III said apart from the peaceful co-existence of the people in Joga-Orile, a modern Golf playing centre with five stars hotels has been established in Joga-Orile. In Ogun State today, after Abeokuta the next place to play Golf is Joga-Orile.

Abepa said there is good land for farming that could be used by anybody interested in Agricultural business or businesses such as poultry rabbitry, piggery and other forms of farming.

He, therefore, called on all private businessmen and women who want to invest in education to come to Joga-Orile as he pledged free land for their establishment.

Kabiyesi who was full of praises to God for His protection, blessing and grace for witnessing yet another successful year on earth, said Joga-Orile has witnessed some remarkable developments since he became the royal father of the ancient town some 19th years ago.

“I became Abepa the Lagori III, on December 2002. I came from the United States of America (US) during Governor Osoba regime and my linage is Lagori and by God’s grace, I am Lagori the III. Since then, God has been using me for tremendous changes in Joga-Orile because, at that time Jogaland was so backward but today, we have started to witness some physical development.

Yes, Joga-Orile then was so quiet an ancient town with a first-class Oba. But today one can say proudly that am from Joga-Orile a notable town in Yewa North Local government area of Ogun State.

Full of praises, Abepa thanked all those who have been part of Joga-Orile development especially past the past and present Governors of Ogun State and friends across the globe for their support saying, it is not yet over until they give him helping hands and establish a tertiary institution in Jogaland.

“Some people are saying that Ogun State has a large number of Tertiary Institutions but I don’t believe in that until Jogaland get one. Then, I may agree with them”.

On the celebration of his 19th years Coronation Anniversary, Abepa said this year celebration will be low-key as it would only witness prayers to God for his protection over the entire people of Jogaland, Ogun State and  Nigeria as a whole.

“I’m not inviting people for this year celebration, I just want to pray to God and thank Him. Although, I will be expecting a few of my friend-Obas, like the Paramount Ruler of Yewaland Oba Kehinde Olugbenle, new Olu of Imashayi, Aboro of Iboro, Adokun of Iganokoto, Alaperu, Elepe of Epe-Sagamu, Ebumawe of Ago-Iwoye and some neighbouring Obas just to thank God for His protection.

“Also, I will use the occasion for the conferment of Chieftaincy title on two personalities, Mr Adeoye Akinlotan, as Baasaba of Jogaland and Mr Pradeep Doulatram Pahalwani as Otunba Atunluse of Jogaland but all will be in a low-key “Abepa stated.

We Can Effectively Deal With One Million...