GOD IS ONE, ZEALOTS BEWARE By Senior Chief ’Lekan Alabi 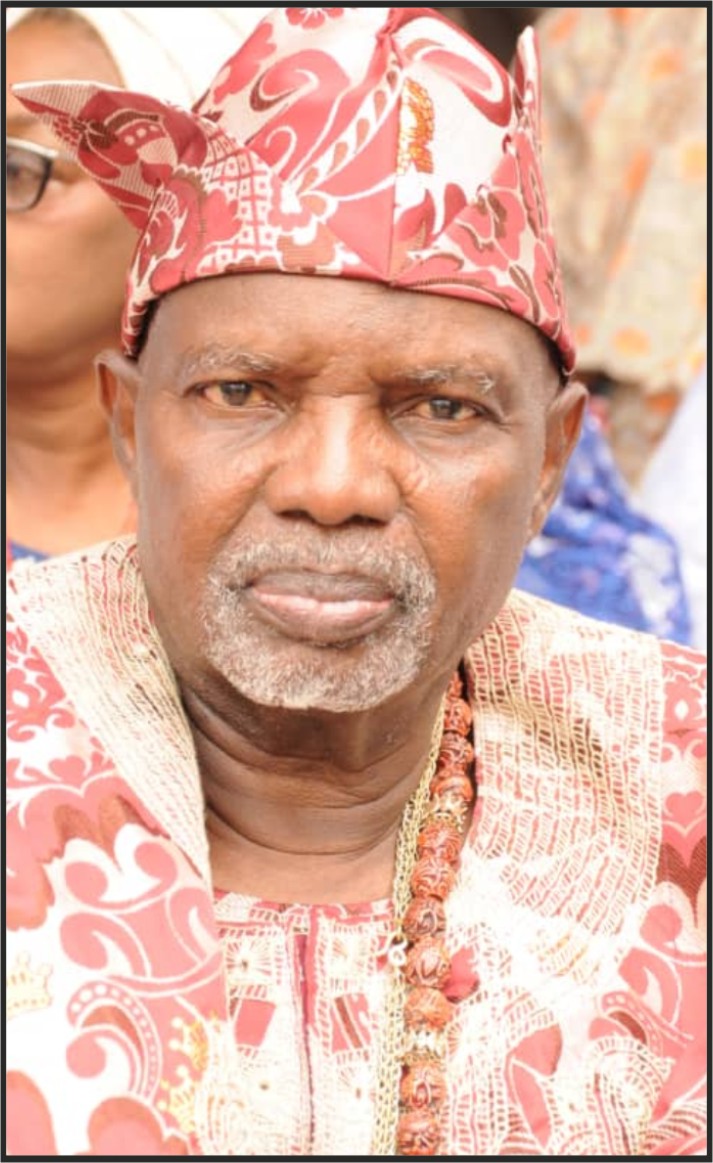 Last Sunday, the Cherubim and Seraphim Movement Church (City of God Model Parish), Odejayi/Loyola Area, Agodi, Ibadan, Oyo State, celebrated its Annual Holy Ghost Convention, tagged “THE COMFORTER”. I was invited and honoured as the Father of the Day and installed as the “Father of Faith” of the church. It was my fifth honourary Christian church award, having been honoured in the past by the Cherubim and Seraphim Church, Oke – Seeni, (where the late Alhaji AbdulAzeez Arisekola Alao, CON, the first Aare Musulumi of Yorubaland, was installed the “Defender of Faith”, Christ the King (ckc) Catholic Church, Odo-Ona, the Saint John’s Anglican Church, Odo-Ona and the Methodist Church Nigeria, Agodi Diocese, all in Ibadan, Oyo State.

May I humbly request my dear readers to please read this piece to the end without bias, as empirical facts contained herein may smell, at times, like self-aggrandisement. No, I am not on the vanity lane, but to give a broad background as to why, my humble self, a Muslim sits comfortably in a Christian /traditionalists chair, in the cause of promoting our rich and time–honoured culture and tradition.

Based on my family’s long-held liberal belief in religious harmony, kindly permit some background information.

I attended both Christian and Muslim primary schools at Ita-Saku, OkeFoko, Ibadan from 1958 to 1963, and was the class captain from primary two to four; school mail boy in primary five and the school head prefect at the Seventh–Day Adventist Primary School and a prefect also at the Ansar-Ud Deen Primary School, in my final year. I was sponsored to the 1989 Hajj by the late Brigadier–General Sasaenia Oresanya, whose Press Secretary I was. Governor Oresanya, on my last day in office as his Press Secretary on 30th March 1989, had requested that I make a request, any request, on the spot and he would grant it. I asked that he should sponsor to Hajj. And again in 2014, the late Governor Isiak Abiola Ajimobi of Oyo State also sponsored me to that year’s pilgrimage. My Sunah (Muslim baby-naming ceremony) on Friday, 3rd November 1950, led by the late Imam Rufai Orowuye of Orowuye Mosque at our Ekerin Ajengbe Family home, SW1/131, Ibadan.

I was, and still is, the only Muslim to marry into the Chief Abraham Laditan Family of Ilaro, Ogun State. The late Papa Laditan was the Baba Ijo of the St. Paul’s Anglican Church, Ilaro. I admire the religious liberalism of the late Chief Obafemi Awolowo, a Methodist, who, as the Premier of defunct Western Nigeria established the first Muslim Pilgrims Welfare Board in Nigeria. His younger sister, also late Alhaja Anatu Awofeso was a Muslim. The wife of the late Palestian leader, Yassar Arafat, is a Christian from Nazareth, Israel. Also, the immediate past Otun Olubadan of Ibadanland, High Chief Omowale Kuye, a lawyer and retired Federal Permanent Secretary, (Budget and Planning), was a Muslim, whose wife, High Chief Priscilla Omowale Kuye, also a lawyer and Catholic was the first female president of the Nigerian Bar Association (NBA). I could go on and on about great men and women who practiced godliness and not religiousity with which many Nigerians pretend to be holy/godly but are secret sinners. God is one and He sees our hearts and thoughts. I urge us to deal with our fellow human beings with the fear of God and be fair to all, irrespective of faith.

Kindly read part of my lecture given in July 2015 at the Seventh–Day Adventist Mission Headquarters, Oke Bola, Ibadan, Oyo State on Culture and Religion.

First, I wish to thank the Sabbath School Department of this famous school for the kind invitation to me as the “Special Guest of Honour” at this ceremony. In its letter of invitation to me, signed on behalf of Mr. Femi Chima, the Sabbath School Superintendent, SDA Church, Oke Bola, Ibadan. I was informed, inter alia,“that we will like you to give a 10-minute talk on “Culture and Religion”, after which there will be a presentation of gifts session to recipients who deserve them accordingly.”

I welcome the School’s Management, Staff, pupils, their parents and well-wishers to the year 2015 “Cultural Sabbath”. We need to give praise to God for His love and protection over us. Before I proceed in the assignment given to me, may I say that I have nostalgic feelings as I stand to address this gathering.

The main reason is that, in 1962, as the Mail boy of the Seventh-Day Adventist Primary School, Ita-Saku, Oke Foko, Ibadan, I would come to this school (this venue) to collect mails for my school, her teachers and pupils (if any). This came about because I started my primary education at SDA, Oke Foko in 1958.

From the following year, 1959, (Primary II), I was my class captain till 1961 (Primary 4). As I said earlier, I was the school Mail boy in 1962 (Primary 5) and Senior Prefect of the school in my final year in 1963. I must say at this point that SDA mission not only gave me and my mates, Qualitative education, the mission also imparted discipline, transparency, team spirit, survival instinct and patriotism, among other qualities in us through its Annual Camp Meetings. From primary one (at the age 7+) in 1958 till 1962, I attended Camp Meetings of that era in Ede, Ile Ife, Osogbo, etc in the defunct Western Region of Nigeria. The present-day National Youth Service Corps Scheme (NYSC) established in 1973 by the retired General Yakubu Gowon and led by Federal Military Government (FMG), is very akin to the SDA Mission Camp Meetings of the 1960s in format, objectives and contents. We were trained for a purposeful future through the SDA Mission Camp Meetings.

Distinguished audience, you can now see the reason for my nostalgic feeling this morning. Coming to the topic of the talk given to me, “Culture and Religion”, every liberal and godly person all over the world understands that religion is a form of faith (and there are over 100 faiths) whereby he and the other man/woman worships God, the Omnipotent Creator. Every true and moderate religion teaches us to believe in one God and His commandments, prominent among which are the admonitions on us to worship Him, love our neighbors as we love ourselves, do good on earth and prepare for the Last Day of Judgement whereby people would either enter paradise or go to hell in heaven.

No religion that claims its origin from God Almighty preaches nor supports compulsion, violence, discrimination, stealing, adultery, etc. The true worship of God or religion, if you like, thrives in an atmosphere of holiness, peace, tolerance, submission, prayers, thanksgiving, love and humility. Because I am a humble and modest believer, and not a religious leader, I shall limit myself to the aforementioned as far as part one (Religion) of my assignment here today is concerned. But, let me quickly add that I was at no time approached to convert from a Muslim to a Christian throughout my stay at SDA. Religion is a private affair.

Israel and Saudi Arabia, the two countries where Christianity and Islam evolved thrive on technology and good governance, to make their citizens and law-abiding visitors/settlers comfortable. Why do we, outside of the two countries discriminate and fight ourselves over the religion that is ‘better’ and neglects the development and well-being of our society?