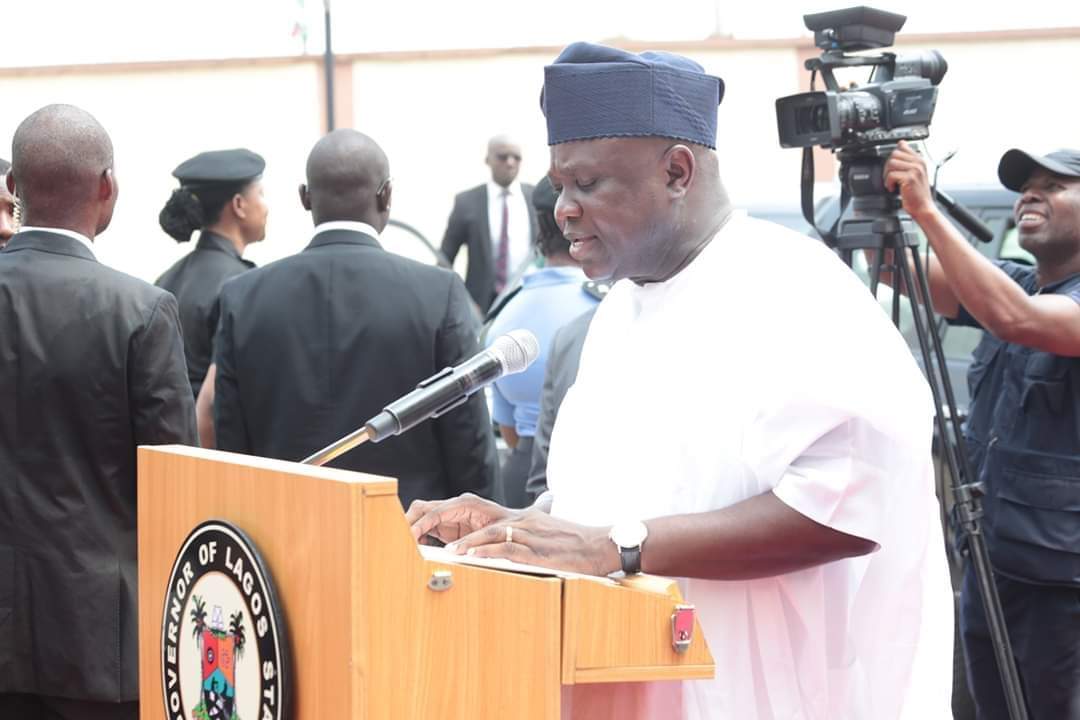 Buhari, shortly after arriving the venue at 10.58am, did the unveiling of the plaque and cutting of the tape, and thereafter took a tour of the facility accompanied by Gov Ambode.

He was also accompanied by Governors Ibikunle Amosun of Ogun, Kayode Fayemi of Ekiti, Rotimi Akerodolu of Ondo and Abiola Ajimobi of Oyo State among others.

Recalling how the journey began, he said the facility was commissioned exactly 29 years ago, with the late philanthropist, Sir Mobolaji Bank-Anthony donating the first dedicated maternal and child care facility to the State Government, in memory of his mother; hence the christened name “Ayinke House”.

He said the hospital, which started with just one surgical theatre, soon assumed a life of its own as first-class childbirth and maternal care centre in the health sector of Nigeria, as well as the first choice for expectant mothers.

The governor said that the hospital later became over-stretched beyond capacity and somehow obsolete, hence, in recognition of the need to sustain the Bank-Anthony’s philanthropy, the State Government, during the administration of former Governor Babatunde Fashola, awarded the contract for the expansion and reconstruction of the facility.

“Today, seven years after the closure of the facility, the new edifice is now a 170-bed facility with five surgical theatres.

“Beyond the significance for the health sector, this institute is a major contribution to our education sector also; as it becomes a veritable platform for our medical students in the State University to enhance their exposure and experience with the top-class medical equipment provided,” Ambode said.

He said that Ayinke House had also been completely digitalised with state-of-the-art medical equipment as well as information technology services supported by the State Ministry of Science and Technology.

Ambode said in view of President Buhari’s determination of making universal and basic primary healthcare one of the cardinal priorities of his administration, the State Government, under him, had consciously worked to bring quality, affordable and modern healthcare to all our citizenry, among other initiatives in the health sector.

“These and other efforts are directed at improving the lives of our people, especially the women and children; and by extension the productivity of our nation,” he said.

While congratulating President Buhari on his resounding victory at the recent presidential election, Ambode thanked him for finding time to personally commission Ayinke House and other projects in the state.

He said that the completion of the projects would not have been possible without the President’s support, administrative direction and encouragement.

READ ALSO: HOW I LOST EVERYTHING I HAVE WORKED FOR TO FIRE – 74 YR OLD VETERAN FILMMAKER, OLA BALOGUN