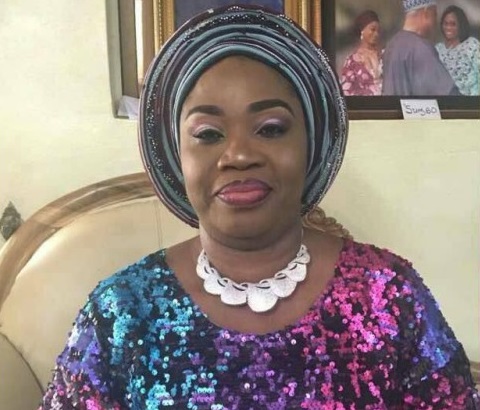 Abeokuta, the Ogun State capital will experience another grand wedding on the 21st 22nd of December, 2018, as Governor Amosun‘s aides, Tinu Shopeju is set to give her daughter, Sope’s hand in marriage to her sweetheart, Michael.

Mrs Shopeju worked as an Officer at the University of Iowa Hospitals and Clinics in the United States of America.

On Tinu Shopeju‘s return to Nigeria, she joined the Ogun State Television (OGTV), as the News Editor.  She then moved to the defunct Gateway Bank, where she headed the Public Relations Department of the bank.

She also, worked as the Southwest Regional Director of Intercontinental Bank. Mrs Shopeju was later appointed as Special Adviser to Ogun State Governor Ibikunle Amosun, on Agriculture, Commerce and Industry.

She is also a Pastor at Jubilee Christian Church International, House of Glory, Lekki, Lagos.

The two days wedding is set to hold at the Providence Events Centre, Abiola Way area of Abeokuta , the engagement will be held on the 21st with Faith Band on band stand , while the wedding reception will be held on the 22nd of December with Harmony Band on band stand.  The event is said to be a grand event that will rock the town this December in Abeokuta, as expensive and beautiful aso ebi is in circulation. The event is planned by the popular event outfit, Global Events. The couple Michael and Sope are both based in the United States of America and will be coming home to celebrate their big day with friends from all over the world.