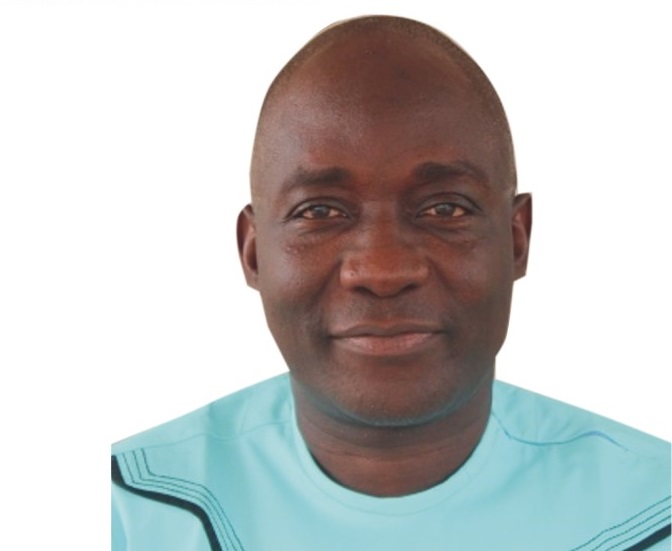 Ahead of the July 14th, 2018 governorship election in Ekiti state, Prof. Kolapo Olubunmi Olusola Eleka emerged as the PDP candidate in the primaries conducted on May 8th by the committee led by the Delta state governor, Senator Okowa. It will be recalled that Prof. Olusola had earlier been endorsed in September 2017 by stakeholders in the state, including traditional rulers and teachers before he officially won the primaries to emerge the PDP candidate. Other contestants were Prince Adedayo Adeyeye, former National Publicity Secretary of the PDP who was also erstwhile Minister of State for Works and the serving Senator Abiodun Olujimi representing Ekiti south senatorial district.

His Excellency Prof. Kolapo Olubunmi Olusola was born 50 years ago to the family of Pa. Joshua Olusola Eleka and Deaconess Eunice Ademolabi Ojo Eleka both of them native of Ikere-Ekiti.  He had his first degree in Building Technology from the Obafemi Awolowo University (OAU), his Master’s Degree in Construction Technology from University of Lagos and Ph.D. in Building Structures from Obafemi Awolowo University. He started his career in 1990 as a lecturer when he was employed as a Graduate Assistant. He rose through the ranks to become an Associate Professor in 2009 and in 2018, he was pronounced a professor, backdated to 2012. In 2014, he became Deputy Governor to Governor Ayodele Fayose. Last week Saturday, City People’s ADEOLA SHITTU paid him a visit at his office in Ado Ekiti where he spoke on his SHIELD agenda and life at 50.

Your Excellency, congratulation on your golden jubilee celebration! How do you feel turning 50?

Hmmm, I give all the glory to God because clocking 50, to me, is a privileged and grace received from the Almighty God. So I want to thank God for giving me that great opportunity; that privilege and grace to be alive. It is not by my power; rather it is the Lord’s doing and He has been marvellous in my life.

Life without Christ, to me, is crisis. At 50, I have learnt a lot and this made me to conclude that you cannot live successfully without God’s factor. He determines who you are and what you will be eventually and all you need is to align your life to His will and purpose.  If you allow His purpose and plan for your life, then, you are better able to meet the challenges of life. By the grace of God, we have been able to overcome so many life challenges. Life itself is full of ups and down but once you are focused and are determined, you will definitely overcome.

So will you say at 50 you are fulfilled?

Well, at 50 I want to say that I am fulfilled, especially when it comes to the issue of my career as a lecturer. The very day I was pronounced a professor, I was happy and I thank God because reaching the peak of one’s career is not an easy task and it is something that every one of us in the academic longs for. So by the grace of God I became professor on 1st of October 2012 at the age of 44. God has done so many good things for me, even when I never thought or imagined it. I was invited to become deputy governor and that is another privilege that I have received. So I will say at 50, academically I am fulfilled.

How will you describe your emergence as the PDP candidate for the July 14th election?

Well, I want to thank God again, I believe it is what God wants; it is the plan of God for me and it is not because I am better than others but because that is the plan of God for me and He has brought it to pass. I also want to thank my governor, Ayodele Fayose, for standing by me and endorsing me though there was a primary election. It was a competition, a healthy one for that matter, but by the grace of God I eventually emerged the winner (party candidate). You see, I am not an achiever; rather, I am just a receiver of grace and by the grace of God it is a call unto me to prepare myself to serve the people of Ekiti state.

Before the May 8th, 2018 PDP primary election, the outgoing governor, Ayodele Fayose, had openly supported your candidature, which led to the call for the primary election by the party stakeholders. You contested against Adeyeye and Olujimi; how did you feel when you eventually emerged the party candidate?

I am grateful to God! I was very happy, of course! There is nobody that will succeed in any event that will not be happy. I give glory to God! I was happy but at the same time I did not see it as winner-takes-all. I believe it has been a very fairly contested election, which was credible, transparent and fair. So, to me, that is the will of God and that is what God wants and I thank God because I came up victorious.

As a product of continuity agenda, what is your own agenda for the good people of Ekiti state?

The outstanding development witnessed in a state is because of continuity; they have been able to achieve this because of the understanding and trust of their leaders. The case of Ekiti State will not be different as I will do everything to keep all the good legacies of my boss and political mentor, Dr. Peter Ayodele Fayose, in terms of infrastructural development, good governance, and good policies. We have come up with plans for the good people of Ekiti state in what I summarize as the SHIELD agenda.

The acronym SHIELD talks about security, sustainable human development and then social empowerment for teens, the less privileged, and the indigent. Then we talk about Healthcare service delivery for the people. We will also upgrade existing facilities and make healthcare affordable and accessible to the people. We also talk of infrastructural and industrial development and Ekiti state is more or less a civil servant state.

There is the need for us to take a step forward by encouraging industrial development and attracting investors to Ekiti State so that we can give the state an industrial outlook because if you look at the IGR generated in Ekiti State, it is very low and without industries, we will continue to be low in the area of IGR. So there is a need for us to improve on our ideas and mentality to take industrial development serious.

In the last couple of weeks many of your party members have dumped your party to join other political parties ahead of the July 14th election. Do you see this as a threat to your winning the election come July 14th?

Well, that is not a threat; few people are leaving but a greater number of people are coming in. The most important thing is that the inflow is greater than the outflow; more people are coming in. Just this afternoon, I met with over 61 APC members who were defecting to PDP.  They were just representatives and they cut across 14 local governments. They assured me that there are so many of their members who are coming in. So that is just one and all across the 16 local governments, you see people decamping from APC to PDP in large numbers; so the inflow into PDP is much greater than the outflow. God on our side they are not threat to us.

Gov. Fayose is known as your political mentor; are you ready to take after him in terms of street familiarity?

I have been under his tutelage for close to four years now. Even before I became deputy governor, I have had the background of a lecturer. We are used to relating to our students. As a pastor, too, I am used to relating to the less-privileged in the church, as well as to both high and low. So, relating to people on the street is not new to me. Gov. Fayose’s style is good; it allows you to interact with people and understand their feelings, what they do, and what they need.

I want to be a governor that will be ready to talk to people by the road-side. I mean, I love to relate with the people, interact with them, and feel what they are passing through. There is no big deal in street familiarity; what is so special in buying things from your people? To me, interacting with the people is part of governance. So, my government is not going to be a pretender; I have been interacting and will still do it.

Ekiti south senatorial district has over four candidates for the July election aside yourself – Omoyeni, Aluko and the likes. How does the PDP intend to win Ekiti south?

Well PDP is not one of the political parties that are put in one corner; there are lots of political parties that are not known beyond their town, not to talk of their going beyond the state. PDP in Ekiti state has been on ground for years and it is still on ground. It is the most popular party in Ekiti State today; so we have no problem as far as acceptability is concerned. We are very much on ground and PDP is a party that is very accessible to the people of Ekiti state.

We are on ground. The most important thing is that we have the right platform. Three things matter: the people, the platform, and the personality. As for me, we have the people behind us not only from Ekiti South senatorial district but also across the state. PDP is a popular party and it has been in power for years and is well known. By the grace of God, I have the right personality; so I am not afraid of anything.

Is “federal might” not a threat to you as a candidate and to your party?

What is your reaction towards Adeyeye’s exit from PDP?

It is his personal decision, though the step he took contradicted the statement he had earlier made. At the end of the primary election, he acknowledge that the election was credible, fair, and transparent and that he was ready to work with whoever emerged victorious but he eventually decided to dump the party for APC. Well, that is his personal decision and I wish him good luck.

So now, with the decision of Sen. Olujimi to work hand-in-hand with you, how do you feel?

We have always been talking about reconciliation; we have been talking of all of us coming together to work as a team. I will say Her Excellency Senator Olujimi has always been a very committed member of the party; she has never shown the desire to leave the party. She has the right to contest and there is no crime in contesting but when you lose, sometimes you feel bad about it but like I said, she is not like Adeyeye. She is not leaving the party and she is still a member of the party and a leader of our great party. We are already working together for the success of our party.

How 14 Brave Kidnap Victims Escaped From...