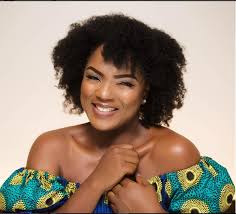 Nollywood actress, Chioma Chukwuka Akoptha is a year older today, March 12 and she couldn’t be happier.

The 38-year-old mother of two has been celebrating her birthday in bits by uploading airtime cards on her Instagram page for people to get as her ‘Chioma B-Day Giveaway.

Now that her birthday has finally arrived she wrote a lovely message on her page. Thanking God for the things he has done and how far he has brought her.

“I would be a liar if I told you everything was fine with me…
I would be telling a lie if I also told you that there weren’t times I just wanted to give up and throw in the towel…
Times when I felt I had given all and gotten absolutely nothing in return…
I wouldn’t be truthful if I told you that I don’t need help most times and that all was rosy and dandy…
Truth is I have been down and out
Tossed up and down and almost to the ground
Been lied on, bad mouthed, talked ill about
Misunderstood most times
Abused
For the heck of it Confused most times
BUT when I look back, all I see is a HAND!
The hand that has held and supported me through it all…guiding , protecting and shielding !
A. K. A. C. H. U. K. W. U
The hand that does me good and has kept me and all that I call mine safe.
As I celebrate my birthday today, I just want to say I’m grateful and thankful to you Jesus!
Continue to take all the glory!