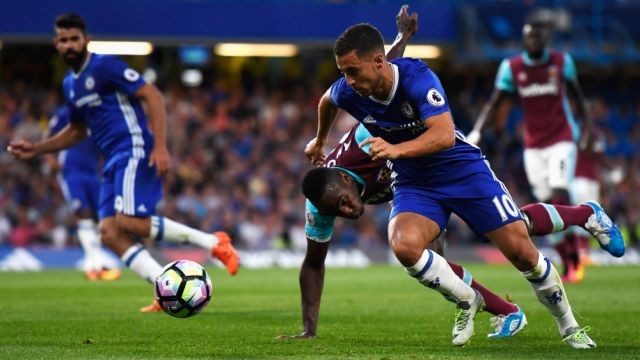 Belgium international, Eden Hazard is reportedly set for crunch talks over his Chelsea future as Real Madrid line up a swoop.

Real Madrid have been long-term admirers of Hazard and the need to sign the Belgium international has become more pressing since the departure of Cristiano Ronaldo last month to Juventus.

Maurizio Sarri is desperate to keep hold of his main stars.

The Italian has also re-iterated his desire to retain the services of Willian and Thibaut Courtois, with talks expected for the latter imminently.

And according to The Times, a meeting will be held between Sarri and Hazard over the coming days.

Indeed, it is thought a discussion was held over the phone between Hazard and Sarri on Thursday, but the matter of the playmaker’s future didn’t pop up.

READ ALSO: WE HAVE ACHIEVED A LOT IN RUGBY FOOTBALL FEDERATION – KELECHUKWU MBAGWU