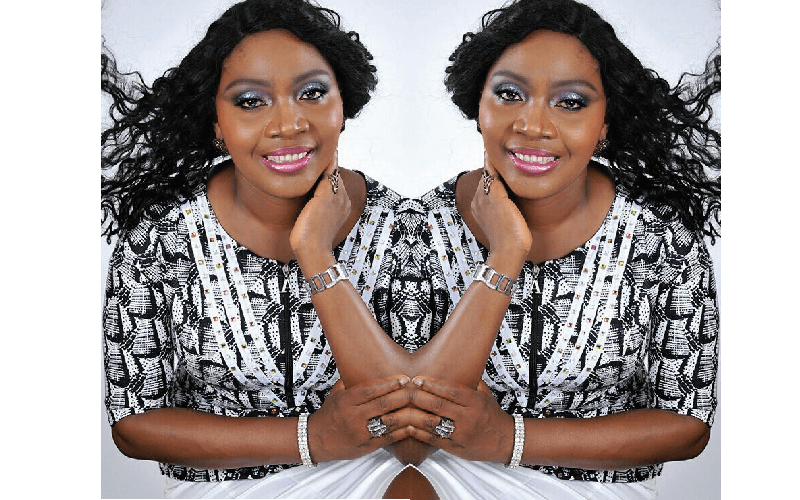 It was a lock down in Abeokuta, the Ogun State Capital, on Sunday, 20th of August when an Ogun two-term House of Assembly Member, Honourable Mrs Motunrayo Adijat Adeleye Oladapo, was inaugurated as the first female Mayor of Moonlight Section, Abeokuta Sports Club. The event was and still remain the talk of the town as it was graced by dignitaries, from within and outside Ogun State. The event which waa held at the Oba Lipede Garden, Abeokuta Sports Club, Abeokuta was chaired by Bode Oseni, while the Lagos State Speaker, the House of Assembly, Honorable Mudasiru Obasa was the special guest of Honour. Honourable Oladipupo Adebutu was the Chief Launcher of the Section project, while Maritime top shot, Princess Toyin Kolade, was the mother of the day. Alhaji SefiuAlao Adekunle popularly known as Omo Oko was the official band of the day, while wave-making hip hop act, Small Doctor, thrilled guests, BUNMI MUSTAPHA brings you blow by blow account of the event.

SEFIU ALAO PLAYS FOR SPORT CLUB FOR THE FIRST TIME
Alhaji Sefiu Alao Adekunle, popularly known as Omo Oko was the official band of the day. Not many people know that the veteran fuji musician, who is rated Fuji king in Ogun State played for Sport Club for the first time. Although he has played at shows held at the other gardens of the club for outsiders, but he showed the members of the club what they have been missing for years as he serenaded them with good tunes 1a.m and they were still begging for more before Dj Koolio took over , its was a combination of what they have never experienced before at the social club.

LAGOS SPEAKER WAS THE SPECIAL GUEST OF HONOUR
Lagos House of Assembly Speaker, the Rt. Honourable Mudasiru Obasa, was the Special Guest of Honour. He came in as early as 2pm to the event with other two Honourable members of the House , although they left the venue and later came back when the event started and they stayed all through to the end of the event.

OGUN SPEAKER CAME WITH WIFE
Speaker of Ogun State House of Assembly, the Rt. Honourable Suraj Adekunbi, was also among dignitaries who graced the event, he came with his black and shining beautiful wife Mrs Adekunbi, and they both spent quality time there.

OGUN SSG VERY SUPPORTIVE
The Secretary to the Ogun State Government, Barrister Taiwo Adeoluwa, who is also a member of the Abeokuta Sports Club was very supportive. The SSG came three times to the event. His first time was to over see the planning of the event and to show his support to the Mayor, his second time was to see if the event had kick- started while the third time he came to attend the event proper and he stayed a while before leaving.

DR MRS ANUOLUWAPO BANKOLE TOO
Another mother of the day at the inauguration was Dr Mrs Anuoluwapo Bankole, the proprietress of the Mercyland International Schools. Her husband, Chief Ogooluwa Bankole a long-term member of Abeokuta Sports Club and also Patron of Moonlight Section of the Club, was also present. Dr. Anuoluwapo also played a vital role by giving the opening prayer. The couple stayed and enjoyed every bit of the function before taking their leave in the night.

THE CHIEF LAUNCHER DONATES HANDSOMELY
Hon. Dr Oladipupo Adebutu, a member of the Federal House of Representatives, representing Remo Federal Constituency and son of Baba Ijebu Premier Lotto Boss, was the Chief Launcher of the day. As usual, he came with his massive entourage and when it was time to donate for the lauching of the Moonlight Section’s project, he made the biggest donation, which was announced by his step mom , Chief Mrs Adebutu, who was also a special guest at the event.

OBA MEWA AND HIS ENTOURAGE FULLY ON GROUND
Jubril Kusimo, one of the clearing and forwarding topshots, in Ogun State, popularly known as Oba Mewa, graced the event. The socialite is known to grace events with his massive entourage. That was what also happened as he came with his people . He was also very supportive and made huge donation.

MRS TOYIN ISIAKA REPRESENTS GNI
Ogun Gubernatorial candidate, Prince Gboyega Nasir Isiaka, was represented by his adorable and pleasant wife , Mrs Oluwatoyin Isiaka, her husband was one of the dignitaries. Mrs Isiaka arrived the function early with her entourage and she spent quality time before leaving.

SMALL DOCTOR THRILLS GUEST
Wave-making hip hop act , Small Doctor, also showed love to the newly inaugurated Mayor , Hon. Adijat, the mosquito croner thrilled guest is with his many hits for more than five minutes which was no doubt entertaining as guests were on their feet dancing.

HONOURABLE ABIODUN AKINLADE NOT LEFT OUT
Three-term House of Representatives member, Honourable Abiodun Akinlade also graced the event , he is also a one time guber aspirant in Ogun state. The veteran politician, who recently moved to the APC from PDP was also among guests, who stayed long at the event.

OLU ITORI CAME WITH HIS BEAUTIFUL OLOORI
The Olu Of Itori, Oba Fatai Akorede Akamo, came with his beautiful Queen ,Oloori Barakat Akamo. Oloori who is known to be a fashionable Queen did justice to the aso ebi with her unique and elegant style , she dazzled at the event .

PLANNING COMMITTEE WHO MADE IT HAPPEN
For the purpose of a successful inauguration, a committee was set up which was chaired by a former Mayor of the section Alhaji Saka Ajao, who played a fatherly role and was very supportive. Other members of the committee were: Mr Bamgbola , Mr Jayeola Adeshina, Dr Adekunle Ademuyiwa, Mr Wasiu Odebode, Mr Wale Duale , Arc. Lekan Oliyide , Mr Adewale Oguntade, Mr Kola Salako, Alhaji Adebayo Adebari, Dr Olubunmi Osinaike and Olawale Adetunji.

WHO DID WHAT
The event was planned and packaged by Global Events, one of the top event planners in Ogun State, it was well coordinated with their beautiful hostesses in a blue and white dress, which added class to the event. The beautiful decor was done by Grabidel Decor with beautiful centre pieces on the tables. Shola Fish from Lagos and Alaga Caterers served VIP, while Sport Club Caterers took care of other guests. Omni Farious served mouth-watering cocktails and smoothies , while Citiside Cakes served yougourt with fruits.

DUNSKANI COUTURE TAKES CHARGE
Lagos-based designer, Dunskani Couture, made most of the celebrity women’S dresses at the event , including the Mayor Hon Adijat’s own. She has been her official dressmaker for a while now and she is, no doubt, good at what she does. Another dress she made that turned heads was that of Busayo Fashina, the brain behind Feferity Fabrics, it was neatly made and stoned perfectly, Omolara Kowoti , the brain behind Dunskani Couture was also present at the event and her dress was a sight to behold.

OKKAYSSION’S BOSS VERY SUPPORTIVE
Mrs Ajayi is the wife of the President of Abeokuta Sports Club, Mr Akin Ajayi, she is the owner of the popular fabric store called Okkayssions Stores, located at Onikolobo area of Abeokuta and has been in existence for more thanten years now. The pleasant woman of class is a good friend of the Mayor and she showed her support before and during the event. She shared more than two hundred beautiful throw pillows among guests at the event and she looked stylish in her aso ebi.

COUNTRY AND MACE CLUB FULLY REPRESENTED
Members of other two popular social clubs in Abeokuta were fully represented. The two clubs , Country and Mace club members were alao among dignitaries on the head-table and they contributed greatly to the launching of the section’s project.

BIYI OTEGBEYE NOT LEFT OUT
Yewa-born Insurance topshot, Barrister Biyi Otegbeye , the Group Managing Director of Regency Alliance Insurance Plc, was also among dignitaries at the event. He came at the muddle of the event, gave a notable donations and also spent quality time.

WALE SARANDA TOO
Ogun top businessman, Chief Wale Adeshina, otherwise known as Wale Saranda , the Babalaje of Yewaland and the Managing Director, Western Quarry, also showed love. The socialite, who just gave out his daughter’s hand in marriage, a few weeks ago, came alone which was unusual, but his beautiful wife, Chief Mrs Temitope Ashabi, was out of the country as at the time of the function.

ABOUT THE MAYOR’S MIND-BLOWING DRESS AND GRAND ENTRY
Those who know the Mayor, Honourable Adijat Adeleye Oladapo, will know she never goes wrong when it comes to fashion , she didn’t disappoint her guests as her purple dress with feathers in the hand made a stylish statement. When it was time for her to take her seat, it was a grand entry and she was accompanied by a huge crowd, while they made their way to the head table dancing all the way.