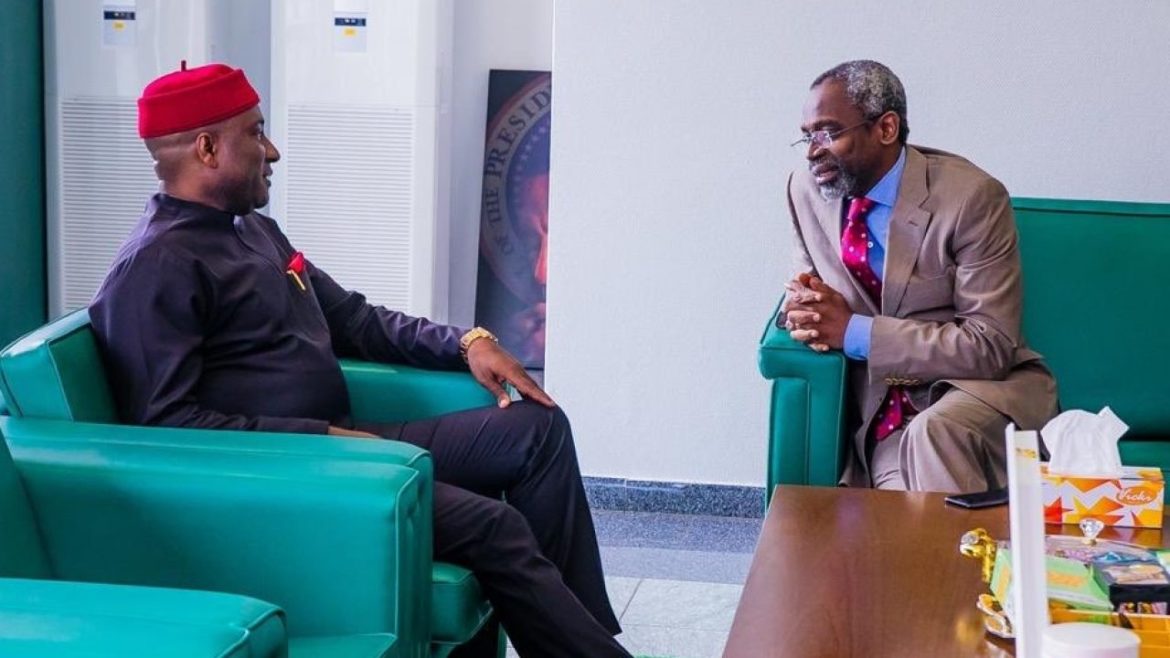 The house of representatives has recommended Allen Onyeama, chief executive officer (CEO) of Air Peace Airlines, for national honour for evacuating Nigerians stranded in South Africa at no cost.

The recommendation was given when Onyeama appeared before the house during Wednesday’s plenary session.

They had invited Onyeama to honour him for offering to bring citizens caught up in the xenophobic attacks in South Africa back home.

Addressing the assembly, Femi Gbajabiamila, speaker of the house, said Onyeama should be commended for the kind gesture.

He said the act was a rare show of patriotism that ought to be celebrated.

“We hereby commend Mr Allen Onyeama and recommend him to the federal government for higher honours in Nigeria,” the speaker said.

In his remarks, the Air Peace CEO thanked the lower legislative chamber for the honour which he said is the greatest in his life.

“I did not do it spontaneously, nor did I do it for publicity, I had to mortgage my landing right in south Africa, because I just got the landing right before the crisis,” he said.

“I did not give a damn, I never did, because I know that I will not go to heaven with any dime.

“I have never been so honoured in my life. You have brought tears to my eyes. I would not have been able to do this if the federal government did not allow me or assemble those people for me to evacuate.”

Many Nigerians were targeted in the recent attacks which lasted for days in South Africa.

Air Peace offered to evacuate those willing to return at no cost. At least 187 have been brought home while more are scheduled to return this week.

Onyeama said he put together N280 million to bring them home.

42 persons roasted alive in Sokoto yet...