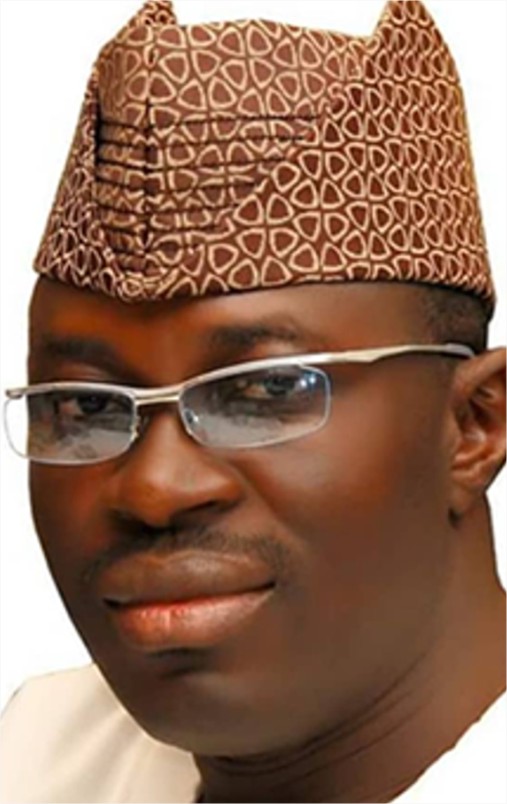 Alhaji Taofeek Oladejo Arapaja, the recently elected South West Chairman of the Peoples Democratic Party (PDP), means different things to different people. While some see him as an articulate man with strong political history in Oyo State. Some believe he is just a fortunate politician, as a result of his relationship with late strongman of Oyo politics, Alhaji Lamidi Adedibu.

To some, Arapaja is a businessman, having studied Finance and Marketing at the prestigious University of Wales, United Kingdom. Some see him as a philanthropist. What many people don’t know about the former deputy governor of Oyo State, however, is, his political antecedents.

Many don’t know that Arapaja was actually born into politics, and has a rich political C.V. His late father was one of the strong forces in Oyo politics back in the day. Pa Arapaja was said to have worked closely with the late sage, Chief Obafemi Awolowo in the Action Group.

Apart from that, Taofeek Arapaja, having learnt under the tutelage of late Adedibu, has been able to build a political structure of his own over the years. He is one of those who graduated from Molete school of politics of Baba Adedibu. It was from Adedibu that Arapaja cut his his political teeth.

Arapaja is a former Chairman, Ibadan South East Local Government, where he served two consecutive terms, between 1999 and 2003. He represented Ibadan South-West/Ibadan North-West Constituency in the House of Representatives between 2003 and 2007. It was from there he became deputy governor to the former governor of Oyo State, Otunba Adebayo Alao-Akala.

Under former President Goodluck Jonathan-led administration, Arapaja was appointed as Nigerian Ambassador to two countries; the Kingdom of Jordan and Iraq. Taofeek Arapaja attended Lagelu Grammer School, Ibadan, Oyo State. He obtained a degree in Finance and Marketing from University of Wales.

Of course his political journey has never been an all smooth one. He has had his fare share of bad politics, as well as wrong political moves sometimes. One of such cases is when he dumped PDP for APC in 2017 and within a few months later joined ADC, before he finally re-joined PDP in 2019.

Though he gave reasons for his coming back to PDP. Speaking at the official welcome back ceremony at Mapo Hall, Arapaja said, “Reconciliation is very important in the party. The governor realizes this that is why he set up a reconciliation committee headed by Chief Saka Balogun. There must not be any faction or group whatsoever. We are back again in PDP. We are grassroot politicians. The opposition will never return to power in Oyo State. We must unite and mobilize others to the party to achieve this.”

Another bad experience of Arapaja in politics was during the 2019 Presidential and National Assembly elections during which there was an election violence and a school boy was shot dead. Arapaja narrowly escaped being killed at his Ward 2 unit 4 polling centre, Kudeti in Ibadan South East Local Government.

Surprisingly, Arapaja was arrested by the State Criminal Investigations Department (SCID), and later taken to Abuja, where he spent about 19 days before he regained his freedom. But despite all these, Arapaja has remained focused and resolute about his private and political life. He always comes out of challenges more stronger.

When he was appointed an Ambassador, many thought that was going to be the end of his political career. The believe is that whoever they want out of political circulation is given such assignment.

In Arapaja’s case, however, the appointment has been a great blessing. He didn’t only serve meritoriously as an Ambassador but he has bounced back politically. He is now one of the closest persons to the Oyo State governor, Engr. ‘Seyi Makinde, the support of whom he enjoyed at the recently held PDP South West congress, where he emerged as the Chairman of their party in this zone. Arapaja, in a keenly contested election. He defeated Chief Eddy Olafeso, another candidate supported by the former governor of Ekiti State, Ayodele Fayose.

In all these, one key thing that has consistently been working for Arapaja is his political style. He is a grassroot politician to the core. Wherever he is, he is always getting in touch with his base. He is well loved and respected in his local government, as well as his constituency. He is also a philanthropist. He has a Foundation through which he has affected and still affecting several lives positively.

Revealed! 25 OYO APC Chieftains Who Will...