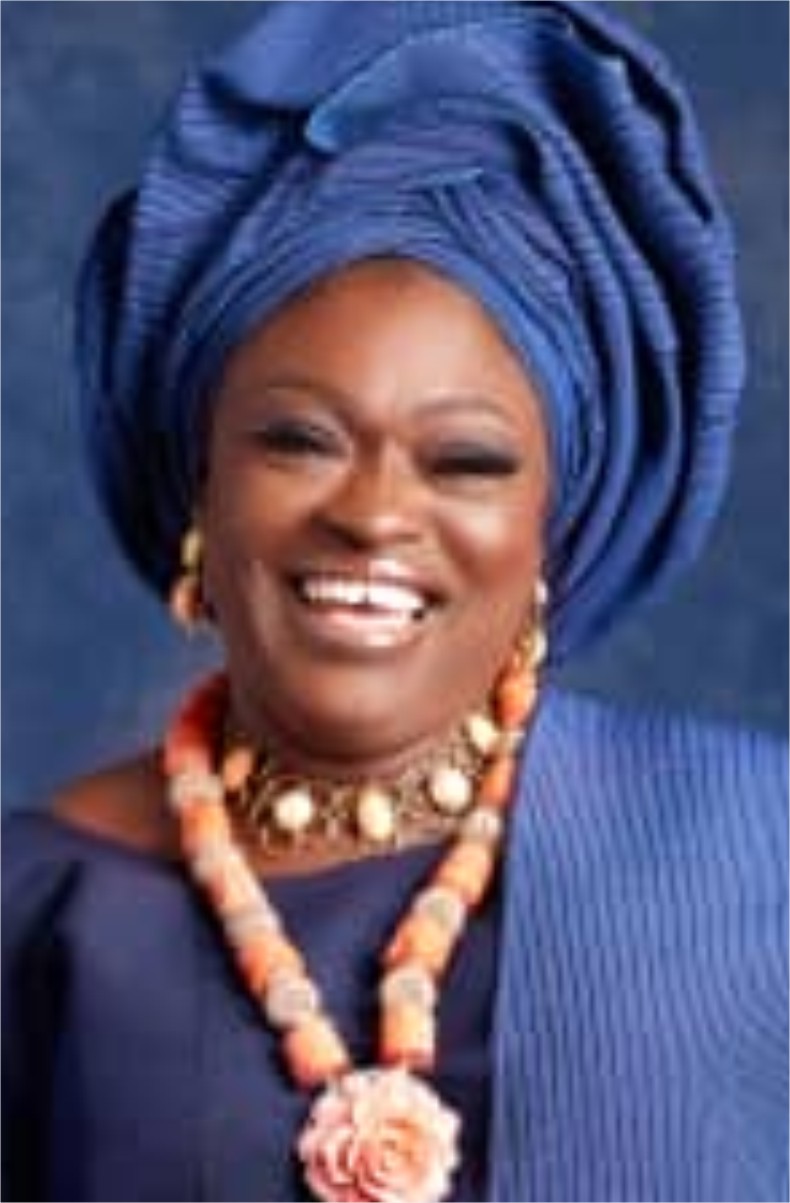 Are you a Lagos socialite? Do you frequently attend parties across the South-West and beyond? If yes, then you must have heard about Bonix. It is a popular party drinks company that has been making waves over the last 30 years. The company was founded by a  beautiful ebony-complexioned female entrepreneur called Bola Okolie. So, good is she that she is the number 1 drinks vendor on the party scene.

Many know of Bonix, but only a few know of Bola Okolie. Deliberately so. She pulled back, all these years to make her drinks brand known. Now that Bonix is 30, she has decided to come out of her shell. In a few weeks, she will be celebrating big time.

Last week, she spoke to City People Publisher, SEYE KEHINDE and SUNDAY ADIGUN about the story of BONIX @ 30. Below are excerpts.

My name is Bolatito Oni but I’m married to Ben Okolie, so I am now Mrs. Bola Okolie. I’m from Kogi State. My town is Ekerinde in Ijumu Local Government. My mother is Ifaleke. I stayed with my grandmother who was a businesswoman and I got my training from my grandmother. My grandmother then was a matron of many associations both at the market and in church. She sold fish then, so I was known as Bola Omo Mama Osha, Omo Iya Eleja. I left the village after Secondary education to study community nursing at the School of Health Technology. I came back after to join my mother in Lagos to sell soft drinks at Tejuosu. Though we started at Oyingbo market with rice and sachet water.

I improved the sales to deliver at some events instead of staying in a place to sell. I would deliver drinks to events. I always bore the loss then because they wouldn’t pay for the delivery. I did that to increase our sales because of the heavy competition then. Later, I started charging people for the losses and delivery of the drinks.

What year did you start all those plans?

I can remember, it was around 1988, 1989 and 1990. I went back to school in 1995 and that was Obafemi Awolowo University to study International Relations. I was selling drinks too in school. I was anchoring everything then; the food, the cake, the decoration and other things. I started gaining my ground among my mates then.  They always called me to deliver my service in Lagos despite the fact that I was schooling in Ife. Then, there was nothing like Event Planner and we were using some archaic equipment but over time, I started introducing some equipment to make my business grow and boom. I introduced Bar to secure my drinks from theft. It was constructed bars and they really secure drink from being stolen or taken anyhow. I also made sure that the bars were inside the hall of the events.

Later, I travelled out to seek more knowledge to improve my service. I travelled down to the USA, London, Germany, Italy, and Spain to bring knowledge down to Nigeria, especially anything related to drinks. I can tell you that the knowledge isn’t a waste because people’s feedback and calling for services has been great.

Apart from drinks, what other aspects do you have an interest in?

Apart from drinks, I remember I travelled down to Lebanon. I have been there four times to study how to make Shisha because it is very rare to see a household in Lebanon where they don’t take Shisha. I also travelled to South Africa to learn about tea and coffee; black tea, cappuccino, etc. it is a big deal and it is a lot of money. I brought in tea because I saw that people really like tea.

What about mixing drinks?

That one is a cocktail. I’m a professional certified Mixologist. I can mix five different drinks together and it will be nice and the taste won’t change.

How did you get the name “Bonix”?

The name “Bonix” was derived from Bola and Oni. It was as a result of blending “B” from “Bola” added to “Oni” and I added “X” to it to make it “Bonix”.

What level are you now?

(Smiles) I’m still learning and getting more knowledge. I see people are retiring but I don’t see myself retiring, I’m still learning because people travel out and they see what they are enjoying, they want someone to also bring it down here.

When did “Bonix” become a big name?

I can’t remember but I know I was focused and determined. I sought knowledge and applied it.

How do you see this job?

I love this job and I don’t see it as a job but as something very special. Anytime people approach me for training, I do tell them that I don’t train for money but your dedication within a week will show if you really want this or not.

How did you keep meeting time and season?

To be very honest, it is innovation. I keep bringing in new things. I keep going for courses. Change is constant and people develop taste for things over time.

Why did you keep to a private life?

I’m still learning as I said earlier. I was training myself. I was learning how to crawl and walk. Now, I can now run. I kept to myself because I was still naive about how to handle cases. Now that I have learnt, I can now stand up to handle cases as they come.

What’s your opinion about clients ordering drinks at parties?

Clients are not always honest. They will say they want drinks for 500 people whereas 700 people will eventually show up at the party. Most times, they neglect other people like caterers, decorators, band boys, cameramen, etc. They always treat them that way because they are paid. For me, I always include those people and I will put them into quotations. I always do well to render good services to people. Most times, I add to my service and do not care if the client pays or not. I always do it for the people at the party. When I started, there was nothing like a social media app but I got my referrals through people.

What are the things to do before planning an event?

The first thing is to know the number of people you are planning for. This is followed by the venue.  The location and the weather should be put into consideration. For example, there should be five bottles of water for a person at a party in the dry season. All these things also affect drinks because some drinks change due to weather. Lastly, the duration of the party because people at the party will prefer drinking to eat, so some basic drinks like water and Coke must not finish till the end of the party.

How do you balance being a wife with your business?

Glory be to God! I have four boys and I thank God for my husband. “Tin ba tun aye wa, ma fe boy yen again” (if I come back to the world again, I will marry my husband again). There was a day someone was messing up with me that I’m too hot and nobody was going to marry me. I immediately turned to my husband to show himself but my husband just smiled.

How do you keep and maintain your natural complexion?

Like I said earlier, I don’t join the bandwagon. I have friends that bleached but I didn’t join them. I have celebrity friends but I don’t like the celebrity life. I don’t mind my status but only to deliver the best of my services to people. I like my colour and I don’t think less of myself I don’t want anybody or any trend changing my life for me. I’m who I am.

What do you tell young people trying to be like you?

I do tell them to be focused and patient because this business can make you or mar you. People like drinks more than food. They can steal only one to three plates of food but when it comes to drinks, they can steal everything. As a businesswoman or man,  you have to be sensitive to any strange movements around, regardless of the person making the move. I also tell them to be patient but most of them want to possess what I gathered in forty years in a week and this is what is killing them. Another thing that can help them is to shun covetousness. If they can co-ordinate themselves, they will end up stealing from the clients and this will ruin their business and their names.

Rise and Rise of Hon. Rasaq Olusola Ajala at 50