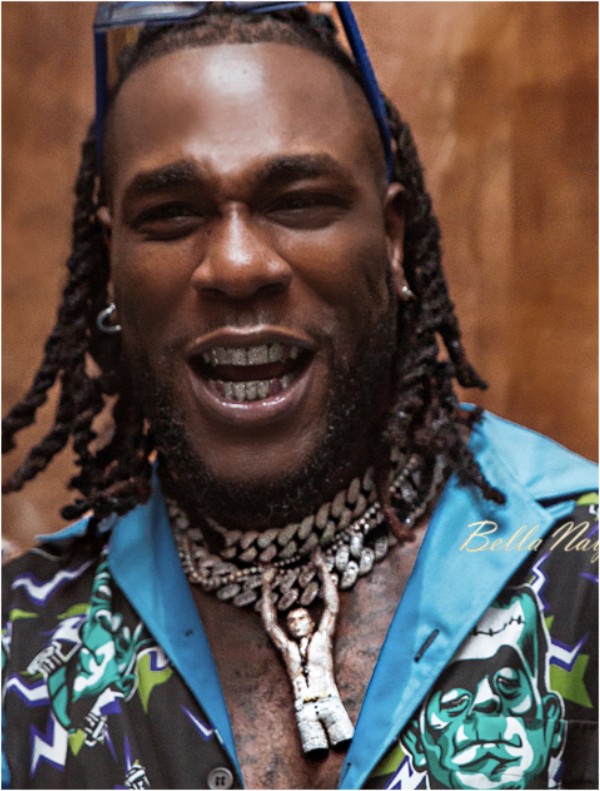 They call him Burna Boy but his real name is Damini Ebunoluwa Ogulu a singer and songwriter who has taken Naija music to another level. All his songs have become hits, this is one celebrity that is celebrated all over the world and also loved by all. Burna rose to fame in 2012 after releasing his hit single “Like to Party” from his debut studio album, L.I.F.E under Aristokrat Records which serves as the follow-up to his second mixtape, Burn Identity in 2011. L.I.F.E sold 40,000 copies on the first day of its release. Aristokrat Records later sold the album’s marketing rights to Uba Pacific for ¦ 10 million. The release of the album was preceded by five singles: “Like to Party”, “Tonight”, “Always Love You”, “Run My Race” and “Yawa Dey”.

Produced fully by Leriq, L.I.F.E feature guest appearances from 2face Idibia, M.I, Timaya, Olamide, Reminisce and Wizkid. Nigeria Entertainment Today ranked the album 10th on their list of the 12th best albums of 2013. The music of L.I.F.E is heavily inspired from the music of Fela Kuti, King Sunny Ade and Bob Marley. The album received generally positive reviews from music critics, who celebrated its production. It was nominated for Best Album of the Year at the 2014 Nigeria Entertainment Awards. In August 2013, L.I.F.E peaked at number 7 on the Billboard Reggae Albums chart.

In 2014, Burna Boy split from Aristokrat records. In 2015, he created his own record label called Spaceship Entertainment. He released his second album On a Spaceship on 25 November 2015. In September 2016, he released the 7-track EP Redemption. It’s lead single “Pree Me” debuted on Noisey. In 2017, Burna Boy signed with Bad Habit/Atlantic Records in the United States and Warner Music Group international. He released his third studio album ‘Outside’ in 2018 which was marked as his major-label debut and described as a mixtape. Outside consists mostly of Afrobeats, dancehall, reggae and road rap. It featured guest acts from English musicians such as such as Hus, Lily Allen and Mabel. Outside had over six singles: “Rock Your Body”, “Streets of Africa”, “KoniBaje”, “Sekkle Down”, “Heaven’s Gate” and “Ye”. Its production was handled by the very own Leriq, Baba Stiltz, Jae 5, Juls, Chopstix, Steel Banglez, Fred Gibson, Phantom, and FTSE. The album received serious acclaim and was ranked by Pulse Nigeria and Nigerian Entertainment Today as the best Nigerian album of 2018. It won Album of the Year at the 2018 Nigeria Entertainment Awards.

All these happened after he was accused of allegedly sending hired assassins to attack Mr 2kay at Eko Hotel during a show at the Eko convention center. He disappeared into thin air and came back months later with an amazing studio Album which he tagged outside with over 12 songs, with one of the songs Ye which is still a national anthem all around the world. He then came out with Gbona and killing them, a song he featured Zlatan. These three songs brought Burna Boy back to the limelight.

When he came back this time he came back with a lot of exciting tracks and also headlining top shows in and outside Lagos. This album tagged  Outside made it to number 3 on the Billboard Reggae Albums Chart. On the 9th of October 2018, Burna Boy was announced as one of Spotify’s New Afro Hub Takeover Artist. The announcement concurred with him being named YouTube’s Artist on the Rise for 3 months.

On 3rd of January 2019, he was announced alongside MrEazi as one of the artists performing at the 2019 Coachella Valley Music and Arts Festival. He went ahead to win four awards at the Soundcity MVP Awards Festival, including African Artiste of the Year, Listener’s Choice and Best Male MVP. On 21st of March 2019, Burna Boy released a 4-track collaborative EP with Los Angeles-based electronic duo DJDS, titled Steel &Copper.On June 24, 2019, he won Best International Act at the 2019 BET Awards. In July 2019, Burna Boy was announced as Apple Music’s Up Next artist. His inclusion into the program was accompanied by a Beats 1 interview with Julie Adenuga and a short documentary.

The album’s biggest single “Ye” ended up atop most Nigerian publications year-end list as the biggest song of 2018. In 2019, he won Best International Act at the 2019 BET Awards. He was also announced as Apple Music’s Up Next artist. His fourth studio album African Giant was released in July 2019. Burna is currently planning his concert in Lagos, he had the first edition last year and it was a huge success and the talk of the town. This year, Burna Boy will surely break another record. He keeps telling all his fans to watch out for what he has in store for all of them. He recently bagged an award at the 13th headies as Artiste of the year.

READ ALSO: I AM NOT COMPETING WITH ANYBODY – VECTOR TALKS TO CITY PEOPLE

I Am Not Competing With Anybody – VECTOR Talks To City People