Home Entertainment HOW DAVIDO REACHED OUT TO ME ON TWITTER FOR THE VERY 1ST TIME – Hip HOP STAR, MAYORKUN
Entertainment

HOW DAVIDO REACHED OUT TO ME ON TWITTER FOR THE VERY 1ST TIME – Hip HOP STAR, MAYORKUN 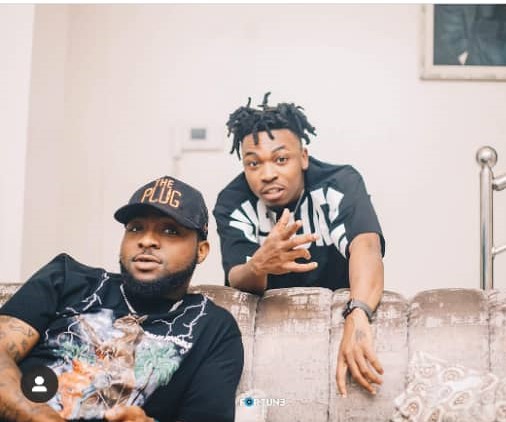 Everyone calls him Mayorkun. But his real name is Adewale Mayowa Emmanuel. He is one of the hottest hip hop stars currently rocking the music scene in Nigeria and beyond. He hit it big 3 yrs ago when Davido reached out to him, telling him he liked his music. They chatted and hit it off. Since then, his career has been on an upward swing. Lately, Maryorkun’s career has been on a roller coaster, travelling round the world, performing and signing deals. He just got back from a trip abroad and City People Online Fashion & Beauty Magazine reached out to him for an interview 3 weeks ago, but it was difficult getting him to speak. Once he arrived, he headed for the studio to do some recordings for his series of Singles which he is set to release, one after the other.

What does Mayorkun have up his sleeves? How does he rate his music career?

“My music career has been good. It has been smooth. I never expected this amount of success. Do you understand? I have been making music since I was like age 11, or, thereabout. I never had hopes of doing music this big. Music career for me is sweet.”

Is he where he planned to be at this time?

How did he convince his dad and mum to let him do music?

He said, “convincing my dad was the easiest part. My dad is a realist. When I told my dad that Davido called me bla, bla, bla, he didn’t even argue. Of course, he knows who Davido is, so I didn’t need to explain too much.”

But my mum? Hmmmm! My mum gave me tough time she was explaining to me how or why I shouldn’t depend solely on Entertainment because its a seasoned job. But again I convinced her that if its Davido, (I don’t know about someone else), but if it is Davido I think its worth the shot. And we did. We took a big risk but it paid off. So yeah God bless my Mummy and Daddy for their understanding. Yeah. We dey here. Shout out to my Daddy and Mummy.”

Which of his gave him his big break?

“Big break? I don’t know how to classify what big break is. My 1st song did so well for a 1st song. That was in 2016. I think my big break should be the one in 2017 when I dropped Mama. Mama charged the narrative for me. I could enter different places, and I was doing festivals, I was doing some great shows. I think I will say my big break me in 2017 with Mama.

“That is a big question. A lot. I just dropped a new single featuring Kiss Daniel. It is really doing well. Its amazing. I will be busy dropping Singles, back to back this year. I will be headlining my 1st show in London on the 17th of November, 2019. I just concluded my Canadian tour also. I will be performing  at different festivals. I will be doing Afro Nation, Ghana and Portugal. Then, finally, finally, for the year I will be doing my festival, like Maryor of Lagos on festival, December 14th. That is like basically what I have planned for the year.

How did you coin your nickname Mayorkun?

Hmmm! You want to know I coined my nickname, Mayorkun. That is interesting. My real name is Adewale Mayowa Emmanuel. So from Mayowa I had this natural nickname, Mayor. Then the Kun is from a Japanese anime I used to watch at some point. I learnt that Kun meant Boy and Chan means girl. So I took Kun and I added it to Mayor to form Mayorkun. So its M-a-y-o-r-k-u-n not Mayokun. That is it”.

Mayowa embarked on a nationwide tour in 2017 that saw him perform in over 35 schools. He ended the year 2017 with his first headline concert in Lagos called “The Mayor of Lagos”.

The Mayor of Lagos concert continued in 2018 with a show in the city of Ibadan and the capital, Abuja.

Also, a date for a Lagos edition was announced.

In 2018, Mayowa did a tour of the UK, where he performed in about six cities. He also performed alongside label boss Davido at the wireless festival

Right now his career is on an upswing as he is rocking the music scene.

HOW DAVIDO REACHED OUT TO ME ON TWITTER FOR THE VERY 1ST TIME – Hip HOP STAR, MAYORKUN was last modified: June 27th, 2019 by City People