Home News How FEMI OTEDOLA Made His Billions Years Ago
News

How FEMI OTEDOLA Made His Billions Years Ago 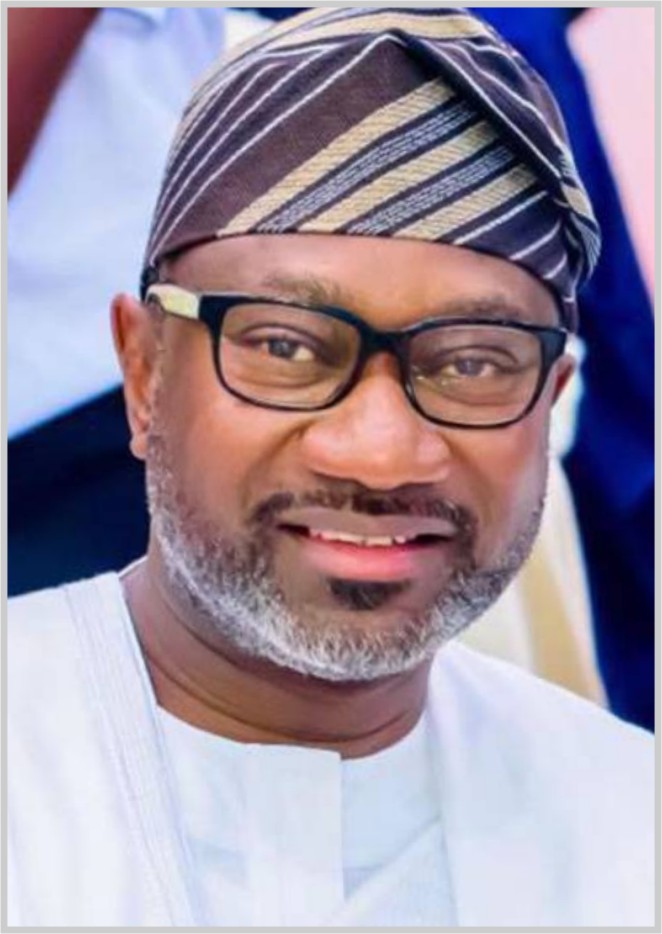 It is no longer news that Femi Otedola is one of Nigeria’s richest men. Times without number, he has spent big on Philanthrophy. He also lives a larger-than-life lifestyle. The latest is when he turned 60 recently, Femi Otedola spared no cost in making his 60th birthday a grand one! The business mogul splashed about €3 million to rent a Christina O super luxury yacht for his 60th birthday. He was aboard the yatch for 3 weeks with his close knit family, his wife, Nana and children, Tolani, DJ Cuppy, Temilola, Fewa and Mr Eazi, a popular Nigerian music star, who is Temi’s fiancé. Femi Otedola is so much in love with his family and never jokes with them. He once said this much in an interview recently. When asked what makes him happy, he said, “My family remains the centre of my world and I am proud of the strides each member is taking in their chosen careers. I remain supportive of their goals and continue to wish them well”.

In commemoration of the landmark celebration on Friday, November 4th, 2022, the oil magnate rented the super yacht belonging to one of his childhood idols, the late Greek shipping magnate, Aristotle Onassis, who was once regarded as the richest man in the world.The billionaire industrialist was filmed boarding the yacht with his family and soon-to-be son-in-law, Oluwatosin Ajibade, aka Mr Eazi.

Ranked the 59th largest yacht in the world as of 2022, the yacht sailed for 3 weeks around the Mediterranean Sea with 37 crew members on board. Aside other luxury amenities, the yacht also had a bed with Otedola’s initials, FO, inscribed. This is simply the way the billionaire businessman enjoyed his 60th birthday with his family.

Otedola didn’t just start living big. He has been doing big things for many years. And, he has a group of billionaires as friends like his close friend, Aliko Dangote. Over the years, he has proved beyond reasonable doubt that hardwork is responsible for all his acquisitions. He is a man who not only believes in spending but also believes in giving back to the society. While the younger generation are not fully aware of all of his business exploits, the older generation are quiet aware of how he has worked hard and achieved the feat he has today. His business exploits cut across oil and gas, properties, shipping, and the power sector.

Despite being a multi- billionaire, Femi Otedola sure had humble beginnings. He once opened up about his beginning to Vanguard. He said, “Ibadan was my birth place but my life, education and values were shaped by Lagos. My father moved the family to Lagos when he got a job with Mobil Oil, so, I did not really experience Ibadan as a child my family was close knit and growing up was fun. My mother, Lady Doja, was the thread that held the family together and ensured that we all had a strict Catholic upbringing but as always, we got up to our pranks and were disciplined when we passed the boundaries set. Other than that, we had a good family life and enjoyed the luxuries that a well-paid father could afford his family.”

When asked about his entrepreneurship skills, having worked with his father in his printing business before he ventured into oil and gas, he said, “ I always liked to do business. The story of my first business as a shoe shiner at age six is well told. Today, it is about impact and that comes with scale.We had built a printing business that weathered many storms and it was running successfully without my day-to-day presence, so, I started other businesses to fill in my time. It just happened that the petroleum marketing business thrust me into the spotlight” He went on to build one of the formidable oil companies, Forte Oil but left many years after. According to him,  “I had spent almost 25 years in the fuels business and I had seen it all. I had put a lot of energy into building the business with my team. The opportunity to divest came and I decided it was time to move on”.

Among the hundreds of billionaires of Nigerian descent, Otedola is a member of the topmost tier in terms of talents and accomplishments. Included in his profile of business innovations and acquisitions are Forte Oil Plc, Zenon Petroleum and Gas Ltd, Geregu Power Plc, and several others. Each of these is worth more than the ordinary mind can bear.

Otedola’s business ventures have no particular scope. The man has many fingers in oil and power as he does in shipping, real estate, and finance. His philantrophic gesture is second to none. He gives effortlessly and many regard him as their benefactor.

In 1999, he ventured into the oil and gas sector and incorporated Zenon Petroleum & Gas Limited, an indigenous company engaged in the procurement, storage, marketing and distribution of petroleum products i.e, Petrol, Diesel, Kerosene, Gas, Fuels Oils and Lubricants.

In March 2005, he was appointed a pioneer director of the Transnational Corporation of Nigeria Plc and also elected president of the Nigeria Chamber of Shipping in April 2005. Mr. Otedola is a fellow of the Nigerian Institute of Shipping.The reasons behind Femi Otedola’s astonishingly swift rise from relative anonymity to a position where his company, Zenon Petroleum and Gas enjoyed a near monopoly on Nigeria’s lucrative diesel market has attracted interest and speculation in equal measure.

The son of Michael Otedola, the former governor of Lagos State in the Third Republic, puts his success down to “hard-work and staying focused on what you want.”Femi Otedola’s business formula seems to win favour from top business men around Africa. Forbes Magazine, he was ranked him as one of the richest persons in the world.

Femi Otedola has simply etched his name in gold. Understandably, there are thousands of ‘unknowns’ who are not likely to ever forget the generous man that Otedola is. The stylish philanthropist has proved to be a pacesetter when it comes to humanitarian gestures. Over the years, he has awarded multi-million naira scholarships to indigent students in Lagos State. He also issued a cheque of N5 billion in support of Save the Children, a 100-year old UK-based charity. Recall that he graciously paid for the medical treatment of national football hero, Christian Chukwu and former international goalkeeper, Peter Fregene, as well as veteran late actors; Victor Olaotan and Sadiq Daba and many others. He is well recognised and celebrated for his good heart.

How FEMI OTEDOLA Made His Billions Years Ago was last modified: November 23rd, 2022 by Tayo Oyediji

Why I Have A Special Interest In SHIMAWA Community