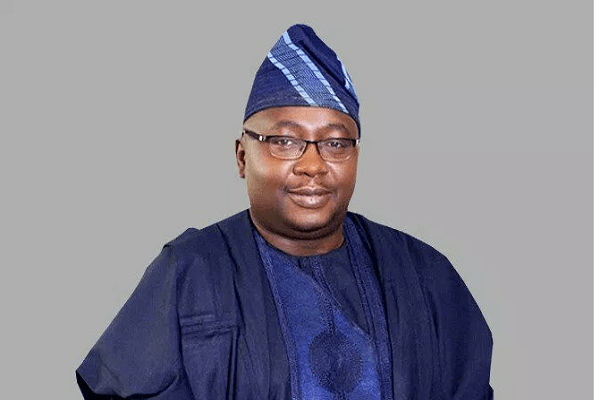 +The Many Factors Taht Worked For Eng. SEYI MAKINDE

The outcome of the recently held gubernatorial election in Oyo State has remained a mystery to many. Engr. Seyi Makinde, candidate of the Peoples Democratic Party (PDP) in the poll scored total of 515,983 votes to beat his close rival from the All Progressives Congress (APC), Chief Bayo Adelabu who polled 327,763 votes.

Though for those who could read the political situation, the handwriting had been on the wall long before the Match 9 election, but not many could have thought it will turn out the way it did. Some members of the ruling party, APC have not been happy the way and manner the party is being run and some of them were said to have worked against their party during the guber election. But the last minute alliance between the former Governor and the Osi Olubadan of Ibadanland, Senator Rashidi Ladoja’s Zenith Labour Party and its guber candidate, Barr. Sarafadeen Alli; ADC and its candidate, Senator Femi Lanlehin alongside members of the Unity Forum within the party; ADP and Barr. Bolaji Ayorinde and PDP was indeed the major move that totally nailed the coffin.

The alliance hit the ruling party in the state, APC, so badly. In  fact, they never saw the defeat coming. At least not with the performance of the party at the Presidential election, where PDP won the overall election but APC was able to get 9 out of 14 seats in the House of Representatives from Oyo and two Senatorial seats (Oyo North and Oyo Central) while PDP has 4 and ADP 1.

This is because they felt somehow comfortable immediately their coalition with the former Governor, Otunba Adebayo Alao-Akala and his ADP team sailed through, courtesy of the National Leader the party Asiwaju Ahmed Tinubu. The believe probably was that if Akala can deliver the whole of Ogbomoso which is his stronghold, it would be added to the votes from Ibadan, Ibarapa and Oke-Ogu axis. But this calculation failed woefully. It was a huge tsunami that swept even the major players off their feets. So bad was it that Akala couldn’t convincingly deliver Ogbomoso; PDP still won in Ogbomoso South and closely followed APC in other four local governments won by the party. Ajimobi too was beaten not only in his polling unity but in Ibadan South West Local Government. So also was the party’s  guber candidate, Bayo Adelabu was defeated in his polling unit.  At the end of it all, PDP won 28 out of the 33 local governments while APC managed to win 5.

While some want to believe that PDP’s victory at the poll was ordained by God and well deserved one, however, some are of the strong opinion that the outgoing Governor, Senator Abiola Ajimobi majorly contributed to the downfall of his party in the poll, with his actions and some ash policies.  This school of thought believed if Ajimobi had managed the situation very well, things won’t have gotten out of hand the way it did. They sighted as example the Governor’s many unruly utterances and actions. As well as some policies that didn’t go down well with the major of Ibadan people. They felt he was political in the issue of promotion of high chiefs to position of Oba. While he has said it times without number he took the decision to more respect and glamour to the Olubadan throne, some still hold it against him as a move to dimish Olubadan, just to score political point with Chief Ladoja who is seen to be close to him (Olubadan). They thought he shouldn’t have involved himself in the traditional matters, as it is always seen as a highly sensitive issue. It is believed that this same issue cost Akala his re-election bid in 2011; he was at longer head with Alaafin on traditional matters.

Another factor believed to have contributed to APC’s nightmare at the poll was the LAUTECH crisis. Where Governor Ajimobi was meant to address the protesting students, who had been at home for too long as a result of incessant strike in their school but the event turned a big face-off between the students and the Governor. He got his famous “Constituted Authority” acronym from the incident. While one wouldn’t forget in a hurry, how Ayefele Music House was dramatically demolished on allegation of contravening building rules of the state. Only for the government to went back and reconstructed the same building after intervention from top stakeholders in the state. People took that as an act of intimidation and double standard on the path of the state government.

Not only that, the issue of relocation of abattoir from Bodija market to outskirt of Ibadan is there; the Iyalojas, pensioners, religion leaders, all have been at one time or the other at the recieving end of Ajimobi’s punch. Rather than hitting the targeted point, his bluntness has over time been taken for pride and arrogance. So the major of electorates who had issues with Ajimobi believed a vote for Bayo Adelabu is a vote for Ajimobi.

Adelabu on his own was not spared of the blame. Some say his image was not properly managed. That larger number of the electorates knew little or nothing about him before the election. Except for the fact the he retired as CBN Deputy Governor and his ancestral connection as the grandson of late Alhaji Adegoke Adelabu (Penkelemesi). Not even Asiwaju Bola Tinubu’s intervention could saved the situation in fact, it turned to a big campaign strategy against the ruling part that, Oyo is not ready to be taken infructuous from Lagos. The believe within the electorates in the state was that, how can Tinubu who, as Vice Chancellor of LAUTECH, couldn’t do nothing to rescue the school out of financial crisis, be dictating to Oyo people? Meanwhile, all these were part of things that worked in favour of Engr. Seyi Makinde, who is seen in the society as a consistent philanthropist. When the alumni of LAUTECH launched fund raising awareness for the school, Seyi Makinde was a major donor to the cause. This is aside many philanthropic projects he has excutted through his ‘Omituntun Foundation’. All these, his goodwill coupled with the last minute alliance really worked in favour of Engr. Seyi Makinde during the guber poll.

How BUKOLA SARAKI Made PDP to Lose KWARA