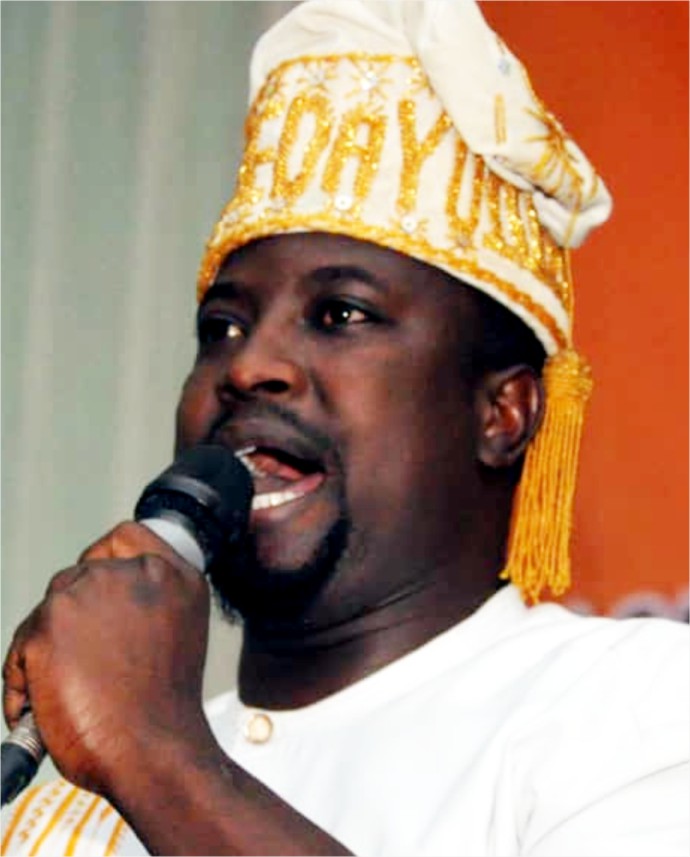 Ademoye Farotimi well known as MC Omooba Adedayo is no doubt one of the most sought comedians and events compere rocking the entertainment scene of Ekiti state and its environs. MC Omooba Adedayo is highly creative and a master of the art and he does it with class. He completely stands out among his contemporaries, the reason you see him anchoring quite a number of events in town. He has become the darling choice of MC for many classy events in the state.

The classy MC is a broadcaster on both Radio and Television. He is a prominent member of the FIBAAN, Ekiti chapter as he holds the elective office of the Chief Whip of the reputable professional association. In a chat with City People Reporter Jamiu Abubakar, MC Omooba spoke extensively on how he top event compere in Ekiti. Below are the excerpts:

Tell us about your journey into event compering?

It has been awesome so far. By the special grace of God, I have been doing this for the past 10 years. I have been into broadcasting services. I started as an MC. Before I got to this stage, I usually performed at most shows without collecting money before God started lifting us high. By the special grace of God, I celebrated my 10 years in broadcasting service on January 30th, 2022, a day that doubles as my birthday. I really thank God for where has brought me today.

How would you describe your 10 years of experience in the industry?

If I should start mentioning we will be here till tomorrow. There have been a lot of tribulations, many things happened seriously but I thank God for everything. It came out successfully. It is not by my power actually, I went to Ekiti State University where I graduated as a historian. So from what I have learnt in the university, I compiled it together with the talent that God gave to me and that is how it is.

10 years down the lane, how has the experience on the job been for you?

Recently I was privileged to arrange a show sponsored by BankyTV a Nigerian-owned TV in Dallas Texas in America. I was their official MC and that’s how they kept coming. There have been lots of challenges, lots of discouragement, lots of insults, and embarrassment. Even up till now, many of us are still facing such in the industry. All I would is to return all the glory to the living God.

Who is your mentor in the industry?

The only person I can truly identify is the versatile presenter, chief L.C.K Olu Ogundola. he was the first person to put me on Air on Ekiti FM 91.5 where I started as a young comedian. There I was presenting comic news called “Iroyin Kayefi” The segment is comedy like where we used animals to depict the heals of society. I can mention Olu Ogundola.

Now my service has gone viral. I have been to South Africa on an MC basis. I have been to Ghana. By the special grace of God, I have been to Qatar to anchor a wedding. So I have moved beyond anchoring top events in Ekiti state. Although I am based in Ado- Ekiti. I work on a freelance basis at Radio and TV stations.

You speak different dialects to wow your audience, how were you able to acquire the wonderful skills to boost your trade?

Thanks so much, I speak different dialects and languages because this job was given to me from heaven. I didn’t learn from anybody. It is a spirit in me that once I handle a microphone, I will just continue to be fluent. If I want to speak any of the Nigerian dialects, it flows in it with ease.

How I Became A Top Event Compere In EKITI – MC Omooba ADEDAYO was last modified: February 8th, 2022 by Jamiu Abubakar