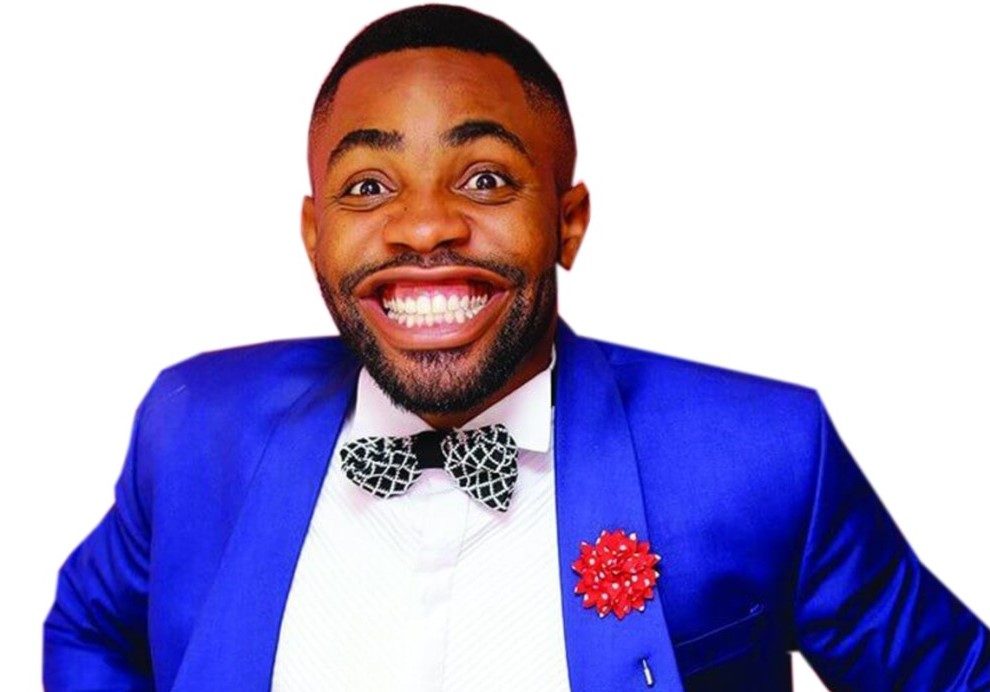 His stage name is Woli Arole. But his real name is Oluwatoyin Bayegun. He is very popular on INSTAGRAM where he has close to a million followers built over the last 3 years. He is at the frontier of the effective use of social media to create humour and pass important information in a comical manner.  His innovative way of creating fun through the prayer style of the Christ Apostolic Church is what drew many people to him asking who really is this prophet. His thousands of comedy skits have earned him accolades and followership on the different social media platform.

This amazing comedian is also an excellent actor who has featured in several movies like Alakada reloaded by Toyin Abraham, Obun part 1 and 2 by Opeyemi Aiyeola, Flatmates by Basket Mouth to mention just a few.

A graduate of Psychology from the prestigious Obafemi Awolowo University (OAU), in Ile-Ife, his creative innovation has earned him several high rated nominations and awards across the globe. Last week, he was our guest at our weekly roundtable session for Entertainers at the City People Magazine corporate office at Gbagada in Lagos where he had a roundtable talk with City People Publisher, SEYE KEHINDE, Assistant Editor SUNDAY ADIGUN, and Society Reporter TITILOPE OGUNLEYE. He spoke about his journey into fame via the use of social media handles. Enjoy the excerpts.

You once revealed that you emerging on Instagram was divine, Can you shed more light on that?

I have had several chats with people and I would say that the new online age has actually contributed to entertainment as a whole and I think the opportunity for us to see the advancement in that particular area was something divine for someone like me and we were one of the major pathfinders in that particular industry. I mean the ability to use tweeter, Instagram, Facebook to communicate value in respect of where and who you are, time and for you to reach people all across the world. The Media began a tool which most people did not see in that light, so I think the evolution of the new media came in strongly in Nigeria not too long, permit me to say in Nigeria because it has been in global space for years. The effective use of Instagram, doing of skits, You-tube, Facebook came in strongly not too long And there is something about Nigerians. Once something opens up to Nigerians we consume it aggressively. So our consumption now is even much more than people that have been doing it over the years. So the way Nigerians consume Instagram is not the way Americans consume it. So it generated a lot of traffic. It was after the likes of Arole, Asiri that the Woli Agba, Lasisi Elenu, Bro Shaggi came in and a lot of influx of people started coming in with the different creative angle and it became something big and huge.

When did you start using Instagram as a tool of passing messages in a comic manner?

How have you been able to maintain that brand?

Hmnnnnn. I have had a chat with the senior colleague and I think one thing that has sustained us over the years is the ability to evolve. Evolution is key and there is even an evolutionary theory that man came from apes and some said it is not. So I think what has sustained the brand and why people have not gone so bored is that is the ability for us not to keep repeating the same thing at every time. Ability to understand that it is better for people to say he started from somewhere not that he remained as that thing. City People magazine started from print and now they have moved to digital- that is progress and evolution and not they remained like that. We realized that this is a progression, I shot a film and it is coming out soon. I started as a skit maker, now I am taking my craft global and it is not the same. so one thing that has kept the brand and will sustain us for years is the ability to know that this is movement and that life cannot be static. There are a lot of people that want to enjoy us, how about people that don’t have a phone or don’t understand the Yoruba Language, how do we reach to more audience and that would now make us to say who can I partner with and evolution would bring collaboration. My Brand is getting bigger and I need to partner with other actors and I said Kelvin Ikeduba lets do something and that would make me reach out to people in the East. The ability to evolve and collaborate knowing that this is not about competition but about collaboration is key.

You have featured in so many movies with Bisola, Nkechi Blessing, Kelvin Ikeduba and a whole lot of them how did acting come to play in your career and who introduced you to acting?

I have been acting for a while even before the comedy thing came in. I started in church years back over a decade ago but I think when the online thing, Instagram, Facebook and viral videos came in, a lot of producers started picking an interest and saying I think I could use Arole. My first cinema work was when I acted in the movie titled the In-laws and it went on well, so I got a call from basket mouth and I featured on his T.v series-flatmate and it was amazing. I have been doing a lot in the Yoruba sector, I remembered I played a minor role in One of Lalas movie but the films that really broke me in the Yoruba sect was when Opeyemi Aiyeola called me and said lets do something together I watch your stuff then we were in Obun part 1 and 2, and  Abbey Jomo called me for the film-Igihaga and the rest is history. Here we are today, we bless God that people enjoy what we do.

How did you get the innovation to craft your brand around being a prophet?

I would say it is a gift from God because every talent is from God and that is why some people would do some things effortlessly. Every good and perfect gift is from God. He gave Gifts to men, some administrative and a whole lot. Journalism is a gift, not everyone has the gift to interview people so I feel mine is a natural gift, Then I feel my mum really influenced me, she is a strong believer and she goes to Christ Apostolic Church. The mannerism of prayer got to me and I felt I could create something of it that could be globally accepted.

Let us talk about your background and journey to the big brand that you are today?

They played a major role because without the involvement of my background I don’t think I would be here, most especially my parents, who did an amazing job raising me, from giving me home training to discipline, to the fear of God, values, culture, integrity, character to purpose. Those things built my life and I cherish them a lot and these are factors that have taken me round the world. It is not all about Talent but more about Character. I learnt that you can be talented and be stranded but character would sustain you. Talent can take you, but character would sustain you. The fact that my mum is a strong believer, I gave my life to Christ earlier, I have strong parental upbringing and all these have channelled my life towards the right path of my life. I would say that my generation is lucky because of the kind of parents we have because most parents who gave birth in the 70s and 80s must have prayed over their children through the best medium they understand even before they were given birth to and those prayers worked. My fear for this generation is that I don’t know if we still have parents that would want to go through some spiritual exercises because of their children like our parents did.

READ ALSO: EFFECTS OF ELECTIONS ON YOUR MENTAL HEALTH