Home News How I Got My Nickname CASH MADAM
News

How I Got My Nickname CASH MADAM 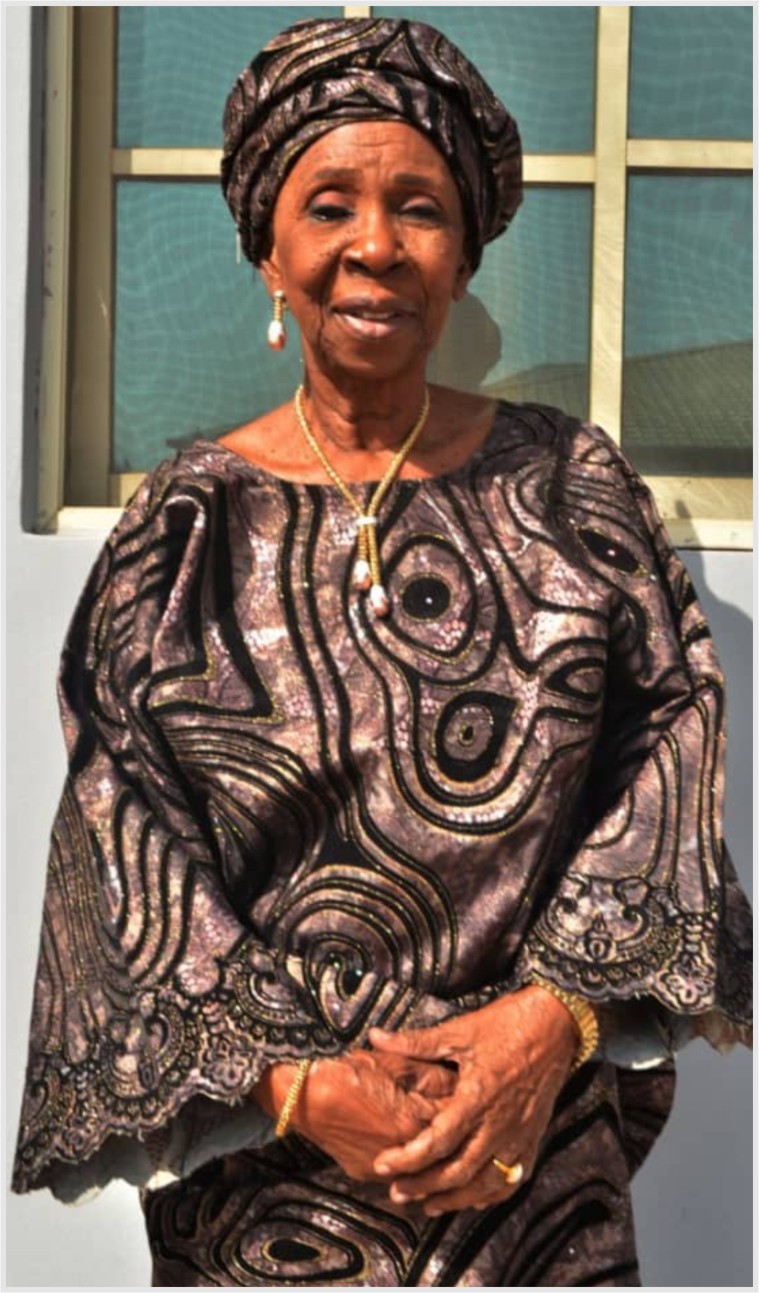 Very many years ago, Chief Commander Ebenezer Obey praise sang one popular businesswoman, Chief Mrs. Adebisi Edionseori and he called her Cash Madam. That is how the nickname stuck.

A few days back, City People ran into her at the palace of the Abepa of Joga Orile in Yewa North, Ogun State and we asked her how she got her nick name. We were shocked to find that this woman who is 88 does not look that far gone in age. We asked her how she has kept looking young at 88. What does she do differently?

Contentment is key. Contentment and Happiness are the 2 things that have helped me. All the things God has done for me make  me happy.

The Mercy of God has helped me also.

Iyonu Olorun is very important”. What advice does she usually give all the younger women who want to be popular like her?” I always tell them to have the fear of God, (Iberu Olorun). They should also take care of the children God has given them, so that they will not end up  sleeping under the bridge or in Bukas. They should take care of their kids and husband. Whatever job God says they should do, that their husbands and parents support they should obey God and do it. They should be satisfied with it. They should not be greedy.

That is the advice I usually tell them. Because anybody who takes care of her children and listens to her husband will live a good life.

We also asked her the secret behind her staying power. The name Cash Madam has been in the public domain for decades and she is still staying strong.

At 88, she reads without glasses, no working stick, she eats anything she wants to eat and she is blessed with a smooth and glowing baby skin.

What is the secret?

“Like I said earlier, Iyonu Olorun noni. God’s Grace & Mercy. It is only those God has shown that will see it.

Everyone calls you Cash Madam. That is your nickname. How did she get the nickname Cash Madam, we asked her?

“The Cash Madam nickname came from Ebenezer Obey. When I was with my husband, the father of my kids, we went to work in Ijebu-Ode. He used to work in the Accounts section. His name is Ganiyu Adebowale. He was working with John Holt and I was doing my petty, petty business. After a while the Oyinbos called me and asked that there are some petty-petty businesses available. Can I go and do them? I said yes, I can be selling them.

They gave me samples. I went to Ibadan at Ogunpa to sell. Dugbe Market was in Ogunpa then. I took the samples to them and they said they will buy them from me. I was happy. That was how I started and they were buying from me.

When John Holt saw that I was buying a lot from them, UAC also invited me. I became their customer.

Barclays Bank was the popular bank then, now called Union Bank. The Branch Manager was a white man.

Each time I go to the bank to deposit money in the bank, I go with load carriers. They will carry my monies. When the Igbos came to buy from me, the load carriers will carry the money.

3 people gave me titles. One of them is John Ojomo. He is a Lawyer. He became Olowo of Owo. 2nd is Jide Fagboyegun. He is a business tycoon in Owo. And Fagbenro, from Abeokuta. He married Oba Lipede’s daughter. They used to meet me at the bank. Once I get to the bank they will open a small room for me to do my counting. That was in 1960. They will open a room for me and give me 4 Cashiers. They will be counting money.

The record that Baba Legba first did on me, he called me Adebisi Cash Woman. When Obey now sang his own he called me Cash Madam.

At times, we used to spend coins. The Hausa people will use Trolley to carry it. The current Notes are the ones Alabaru used to carry on their heads, in sacks that they used to carry Cocoa then. They all used to help me carry my money then when I was very active in trading at that time. It was this petty trading that I did for very many year until I retired 25 years ago, because all my children have become successful.

They all have good jobs and they make sure they send me money. I receive alerts from them, from time to time. They call it owo onje Mama. And for me their Mama, I still have some change with me. That is how I got the name Cash Madam. It was Obey who called me Bisilola Edionseri.

My name is Adebisi, not Bisilola. Cash Woman is my original name.

How I Got My Nickname CASH MADAM was last modified: January 16th, 2023 by City People