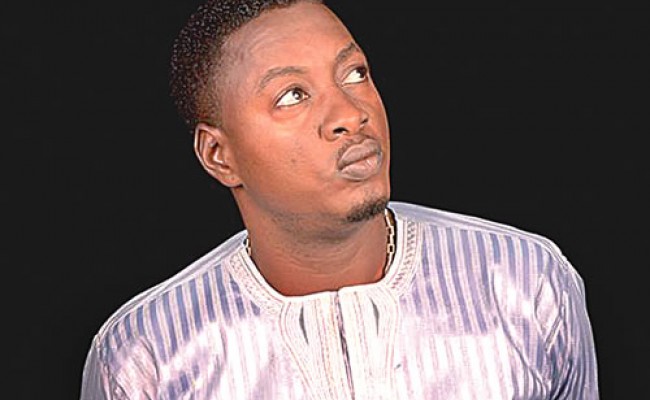 A few weeks back, City People Magazine honoured popular Ibadan Fuji musician, Taiye Currency, whose real name is Alhaji Taiye Akande Adebisi. Taiye Currency, who has over the years, retained his relevance is known for his energetic and good stage performance that has given him an upper hand among his colleagues. Till today, he has remained a popular Fuji musician in Ibadan. He is Ibadan’s No 1 Fuji musician

How have you been able to sustain the Taiye Currency brand over the years?

I always make sure that I work with every strength in me. I also believe that, if you focus on what you know how to do best there is definitely lots of rewards. I coined the name Taiye Currency from the currency they spray me with. We all know the meaning of currency. It comes in Dollars, pounds, euros, naira, kobo. They are all money, depending on their general use in their particular country. Currency encompasses everything and since I like money, I decided to go for the name, Currency.

What makes your style unique?

I am not from Lagos, I am from Ibadan, I always make sure that I sing in my dialect, likewise, Pasuma, Alhaji Kollington Ayinla, the late Sikiru Ayinde Barrister, Shina Akanni, they all sing in their dialects. We have many Fuji musicians like that, and they tend to be recognised with their styles like I said I am from Ibadan, and I am living in Ibadan, so it is normal for me to speak and sing in my typical dialect.

Let’s talk about your past experiences, challenges. How was it like starting as a young man, who had the passion for Fuji music?

When I started, I was the one who will collect instruments with my money, just to let people know that I am a singer. I will collect instruments separately, collect generator even bus with my money. It was so tough I  had several cases of going to people begging them to allow us to sing for them for free 26 years ago. But I will thank God, those that we use to beg then now started calling us for jobs.

Some will even call us, that after all, they know our beginning, and they want us to play for them for free, which I bluntly rejected in one of my songs. Meanwhile, I started singing like Pasuma before I created my style. I had to ride on Pasuma style of music for a while before I was able to carve my own niche, and that really helped my career a lot.

It is generally believed that Fuji musicians like women a lot. What is your take on that?

To be sincere with you. It is true that Fuji musicians like women. If you are a musician, loved by people definitely women will come around you, some women love to marry us unwillingly and if you reject them, they will start saying something else, that he is proud, he is full of himself and so on. Therefore, as a musician, if you don’t apply wisdom, you will end up marrying many wives. For me, there is nothing bad about dating them, because there are lots of favour in women too.

As a matter of fact, Fuji musicians benefit so much from women than men. If a lady is dating a rich man, and she also like a particular Fuji musician, she would be the one to advertise that Fuji musician to that rich man and insists that, the rich man must call us for show and give us money. So, women are tools, Fuji musicians use to make way in life. That is just the truth.

You seem to be very close to Pasuma and K1 de Ultimate. Can you tell us about your relationship with them?

Whoever that shows you the way is your benefactor and you must respect him or her. Pasuma has been a good man to me. He is my brother. I didn’t learn from Pasuma, I just love the way he sings and I adapted it. I didn’t even know anybody called Pasuma until I came to Laparias one day, where I saw him singing and I said to myself, I love this guy, let me imitate him. When I got to Ibadan, I started singing and behaving like him, contrary to my brother’s style that Ibadan people are used to. Lo! and behold!  People started saying why is Taiye doing and singing like this. I noticed that the act made them look at my side. So, I put in more efforts and I started gaining more grounds and I added my dialect to it. The scope is, I will start singing like Pasuma for a while, then change to my own style when I noticed that I have already caught their attention.

How many albums have you waxed so far?

What is Taiye’s secret? What has been keeping you going?

I don’t have any secret apart from the fact that I like women (laugh) because I am benefitting so much from them.

How come you stay in Ibadan?

I prefer to stay in Ibadan. Lagos is too competitive. I do come to Lagos to sing very well. But I prefer to live in Ibadan.

Is there anything you are working on at the moment?

Sure. We have lots of songs we are working on. We are also updating too (laugh).

How I Got My Stage Name, TAIYE CURRENCY 26 Yrs Ago was last modified: September 17th, 2018 by Reporter