How I Joined The Yoruba Movie Industry In 1991- Veteran Actor, Great Value 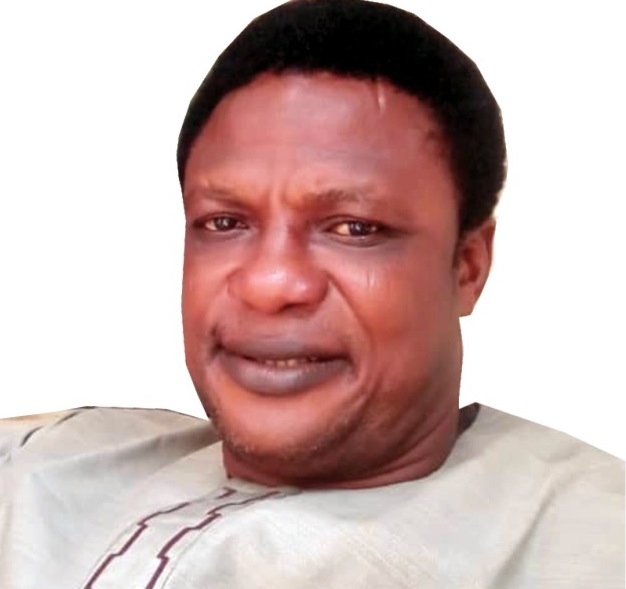 Talks About His Life & Career

Veteran actor, Adesanya Adeshina popularly called Great Value joined the industry in the 80’s as a stage artistes but later trained under Festus Onatemowo a.k.a. Baba Ijebu before joining the movie industry fully. He produced his first movie in 2003 and till date, he has produced over 70 movies and directed over 50 movies.

In this interview with City People Senior Showbiz Reporter, BIODUN ALAO, he talked about her journey into the industry, the challenges he faced and why he almost quit the movie industry, after producing his first movie in 2003. Below are the excerpt.

I am Adesanya Adeshina, my production outfit is called Great Value Production. I joined the theatre industry in 1991, I shot my first movie in 2003. Since then, I have produced a lot of movies like Oluwalolowo, Magbe, Daudu, Ashiri Obinrin and lots of others at least so far, I have produced over 70 movies.

Which one of the movies shot you to limelight?

I will say Daudu, that is the one that people really associated me with.

How did acting really start for you and did you train under any caucus?

Actually, I have been practising from school, at Ojota Secondary School, I participated in stage performances. That really inspired me and made realise that I can make it in acting, so I joined the industry through my boss, Mr. Festus Onatemowo. I trained under him, though he is late now. I attend Celestial Church and we were members together. We later joined Ebudola Theatre Group. My boss was from Ijebu-Igbo, so he was fondly called Baba Ijebu.

How easy was it moving around those days for stage performances?

It was not easy at all, and then, there was nothing like home video so everything was done on stage. I started up as a dancer, then gradually I started acting, it was not easy at all and my parents didn’t support me to become an actor. Back then, immediately, I get back from school, I just quickly drop my bags, and go for practise and wouldn’t attend my normal school lesson. My parents didn’t like the idea, and I did that almost everyday because I had to learn new things on daily basis, but they later supported me and encouraged me to follow my dream.

What made them change their mind?

My father was a Prophet, one particular day, he called me and said he saw it in his dream, that if I keep doing what I am doing, I will become great and that was where I got my stage name from “Great Value”. So when I shot my movie in 2003, it was not easy producing movies at all then. But just to produce a movie, I sold all that I had including my car. My father was happy with me. He even came to my location, he was proud that I was using his name and promoting his name, so he started supporting me with everything.

Considering what you went through before producing your first movie, did you end up making profit out of it?

(Laughs), it was not easy at all, I shot the movie and gave it to markers, though we had an agreement that I won’t sell outrightly, just the jacket, but later after the production, they told me there was no problem and the movie was doing well in the market. After the selling of the movie, we did calculations and I realised Ididn’t  make any profit out of it. I shot the movie with 470 thousand, after selling, I got 270,000. I was so frustrated and even made up my mind to quit the industry but later decided to stay back again. In 2005, I shot another movie entitled: “Magbe” and I thank God, things are okay now.

Would you say piracy contributed to your loss?

Which is better for you, movie production then and now?

Then, like 2005 to 2010, the market was still okay, at least if you produce a movie with lets say 1.5 to 2 million naira, you can still make profit of 500 to 600,000, but now, it is very difficult. If you produce a movie with 1 million naira and you don’t have the name, marketers can price it 800 thousand, so it is just the name that has been keeping us, else most of us would have quit.

What has been sustaining you?

Number one, I will say it is God Almighty. Secondly, I am a Police Officer, so most times, I add up my salary to do what I want in the industry and that is how I have been managing myself.

Any regret as an actor in the industry?

Can you tell us about some of the challenge you have been faced with in the industry?

When I lost everything while trying to produce my first movie, that almost took my life, when I realised I had nothing to show for all my hardwork. But lots of people consolled me, especially one of the marketer. Isolak encouraged me to have faith and move on. There was another terrible experience I had, we had an accident along that Otedola bridge on our way from location and we narrowly escaped death that day.

What is your most challenging role so far?

I often take up the role of a Police Officer in most of my movies.

It is because of my stature and also because it is my job in real life, so I tend to always interprete that role so perfectly, so movie producer like to cast me for that role. Besides acting I also direct too, and I have directed quite a good number of movies, about 50 movies. I started up as a Production Manager, then moved into directing as well.

What is your background?

I am from Ogun State, Iperu Remo to be precise, I am happily married with children and they are all grown up.

What project are you working on now?

I am presently the Chairman of Tampan Kosofe Local Government and we are working on our new movie. Apart from this, I am also working on my own personal project, the title is “Eku Meji”, those are the two projects I am presently working on.

How I Joined The Yoruba Movie Industry In 1991- Veteran Actor, Great Value was last modified: May 24th, 2019 by Biodun Alao