Home News How I Lost All I Had To Sickness 3 Yrs Ago – Veteran Yoruba Actress, IYABO OKO
News

How I Lost All I Had To Sickness 3 Yrs Ago – Veteran Yoruba Actress, IYABO OKO 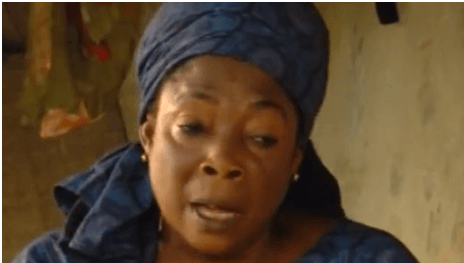 A few years back, veteran actress, Iyabo Oko was one of the sexiest actresses in the Yoruba movie industry. She boasted a richly blessed figure. She had a show-stopping backside, which many never failed to talk about. That was until she seriously fell ill and took a break from the movie scene, owing to complications of Stroke. During that period, she lost her voice, weight and everything. Initially, she was at the Military Hospital, Yaba and she eventually regained her voice, but when she returned home, she lost it again. One of her children took her to the U.K for treatment, where he employed a therapist who helped her to get her voice back, she later travelled to India where she got further treatment. She spent 7 months in India to become perfectly fine. As a result of this ailment, Iyabo Oko spent 2 years away from the movie scene.

Though everyone calls her Iyabo Oko, a name she got from a movie, her real name is Kudirat Eluyemi, “Iyabo Oko” is from Iwo in Osun State. She ran away from home during her secondary school days, because of her love for acting, and learnt everything about acting from Lere Paimo, a movie icon. Her journey into the movie industry started in 1973, while still learning under “Eda Onileola Theatre Troupe”  owned by Lere Paimo.

She said she joined the industry because of her passion for acting and even went against her parents to follow her dreams later, when she started featuring in movies. She also joined Oga Bello’s theatre group in Lagos, and from there, she featured in Oga Bello’s movie entitled:  “Oko” which eventually shot her to limelight and that was where she got the nickname “Iyabo Oko”

In this interview with City People’s Senior Showbiz Reporter, BIODUN ALAO, Iyabo Oko talked about how her sickness robbed her of everything. She ever worked for, in her 45 years journey in the movie industry. Below are the excerpts.

What would you say has sustained your stay in the industry?

Honestly, it is not my doing, but the Lord’s. God has really been faithful. I have spent over 45 years in the industry, despite all that happened, and I give Him all the glory for still keeping me. I started with many others but they are nowhere to be found today. I’m not in any way mocking them, but just giving God all the praises for all He has done for me.

I didn’t just wake up one day and decided to start acting. I learnt everything I know about acting from Lere Paimo, our great icon. Back in the day, it was compulsory to learn acting before you can start featuring in movies, unlike what is happening these days where our younger ones, just join the industry and start featuring in movies. Also, the strong foundation we had has kept lots of us in the industry, and most of us started with stage plays and it was equally easy to do home videos with our knowledge.

Would you say acting has really paid off for you?

Hmm, I give Almighty, all the glory and adoration God has really been faithful. It was this acting that produced money that I used in sending my children to school. I have a child that has PhD, I have another one that has a Master’s degree, and I still have another one, who is still in the University, so what else, do I want to ask for. I was able to build a small house, I also bought two cars, but unfortunately, my sickness took away, most of these things, I acquired I sold my cars. Now, I don’t have any car, but I know God is faithful. I will still have cause to smile again and with this programme Foluke Daramola. Initiated, God will make another one for me.

Would you say, you have any regrets in your 45 years journey in the industry?

Like, I earlier said, God has really been faithful, but I had a particular experience that always saddens my heart each time I think about it. I shot my first movie in 1997 and thieves collected that movie from me That was in Ibadan. And till date, I didn’t get to hear anything about the movie again. All my hard-earned money, sweat went down the drain. The master tape was snatched from me and that was it. And lots of colleagues heard about my ordeal back then. That seems to be the only regret I have in the industry, later on, God blessed me, and I was able to shot another movie. The one they stole was the first movie I produced.

Why do you often take up abusive roles in movies, are you like that real life or it is just the scripts?

Honestly, I’m not like that for real, I discovered that producers love to cast me for roles where I will insult people or make mockery of someone, the truth of the matter is that once producers discover, that people or fans love a particular role you interpreted well in a movie, you will always come to their mind, once there’s any production and a similar role is available. So, I only played my role very well, and they started casting me for similar roles and with all these roles. I got stage names such as “Iyabo Oko” ‘Apoti Aje” Sisi Mama”.

How true is it, that your curry stature back then, earned you more roles?

Laughs! Noo, It is a plus that I’m blessed with a big backside before the sickness came, but at the same time, I would say,  my being versatile and the way I interpreted movie roles, earned me more roles in the industry, the backside is just a plus.

What movie shot you to limelight?

It was when I played  “Oko” by Oga Bello that I became popular. When I left Lere Paimo, I also joined Oga Bello, Aluwe and Iya Awero in their group and they gave me that role to play in a movie entitled “Oko” and the movie shot me to the limelight.

What would you say are the difference between the movie industry when you joined 45 years ago and now?

Lots of changes and differences have taken place. First and foremost, then it strictly staged plays we were doing and no piracy. The issues of piracy have really spoilt lots of things for us, movie makers can hardly feed these days, it is just by the grace of God, we are surviving. Back then, we could just do one stage play in months, but these days, there are more jobs, we can shoot 5 movies in a few months, so there are better opportunities now. Another aspect in which the government could also help is to come to our rescue and fight piracy so that our lives will be better, and we will earn better money and live a better life. A lot of actors will be able to support themselves and have a stable means of livelihood.

How do you feel with this idea of honouring veterans in the industry by Foluke Daramola?

What can I say? It is God who gave her the wisdom and knowledge, for someone to come up with such a great idea, it is definitely God who bestowed such knowledge on her not man. I pray God will continue to bless everything that concerns her, I will only urge the government to please come to my rescue because she can’t do it alone and I pray God will also bless everything that concerns them.

How I Lost All I Had To Sickness 3 Yrs Ago – Veteran Yoruba Actress, IYABO OKO was last modified: December 30th, 2019 by Biodun Alao

3 BIG Weddings That Will Open JANUARY 2020