How I Plan To Celebrate My 50th Birthday – Popular Movie Producer, Prince ADELAKUN 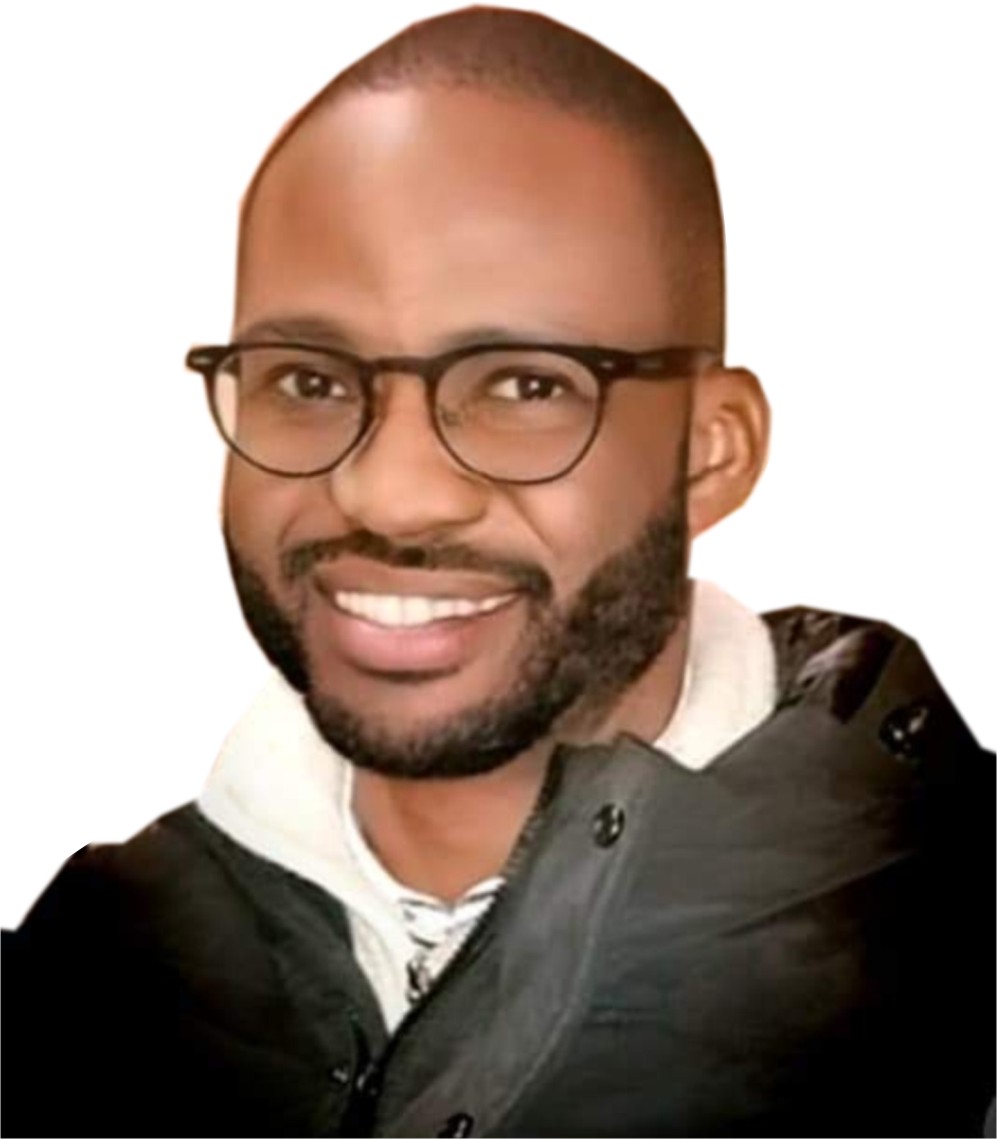 •Plans To Mark His 30 Yrs In Entertainment

Many of his stories are reckoned with in the industry, home and abroad. They are always blockbusters, and why? Because, he’s not one of the producers that produce just for the sake of it, his passion and hunger for quality, professionalism in production always make him go the extra mile in researching before he produces. Hardly will you see any of his movies that are not based on experience and true-life story. For example; one of his blockbuster movies that rocked was Mufu Oloosa Oko, a movie that stars the popular actor, Odunlade Adekola as a notorious armed robber in the city of Ibadan with spiritual powers which made it difficult for him to be caught by law enforcement officers until he later moves to Akure where he falls in love with a police officer. Other casts in the movie include Jide Kosoko, Peju Ogunmola, Toyin Aimakhu, Kola Oyewo, Bimbo Oshin, Kunle Afod, Musiliu Ajinkanle, Moji Afolayan, Rasak Olayiwola, Taiwo Ibikunle, Afeez Eniola, Seyi Ashekun, Toyosi Adekoya and others. Now, you will agree with me that, a producer like Prince Ademola is very rear because he has eyes for quality.

What about Oludegun, Olukoro, Lakasagba Obinrin Osa and Babatunde Folorunsho? These are stories that you can never get tired of watching. And these are some of the flicks that launched Prince Ademola and made him join the clique of highly respected producers.

Now, the good news is that Prince Ademola Adelakun otherwise known as Megastar is set to hold a 3-1 celebration: his 50th birthday, 30years in the entertainment industry and launching of his 150million naira cinema movie “Ogun o Kowa ri”. It is going to be a great event, as preparation is in top gear, come this year July.

In preparation of this great event, Prince Ademola Adelakun and his team recently visited City People head office. Where he revealed exclusively how he journeyed into the entertainment industry 30years ago, his love for music and many other things people don’t know about him. Below are the excerpts of the interesting interview.

You will be celebrating soon, who are those you expect at the event?

Like a popular saying that one good turn deserves another, so at the event I expect people who I have worked with especially the artistes from the music and movie industry because by God’s grace I have worked with virtually everybody that matters. So I expect them to gather because I have been doing it for people, so I expect them to gather to do this for me.

How long have you been in video production of music and movie?

I think my first experience concerning studio production was in 1991. My first artiste then was Alhaji Sulaiman Adigun. He was popularly referred to as Fuji Caterpillar in Ibadan. So, after him, I joined the production team of Rasheed Ayinde and God has been so faithful since then.

Can you also share with us some of the big names who you have worked with both in Fuji and Juju?

What is the event about and what do you intend to achieve?

Some people have been talking to me about it, but I turned a deaf ear to their advice. They want to celebrate me. So, we are planning to mark my birthday, and I am also launching a movie entitled: Orindegun. It is a Cinema standard Movie. The event entails my birthday, film launching and celebrating the number of years I have spent in the entertainment industry since 1991. I am thinking about giving kudos and awards to people whom God has used to bring me to this present level.

What made you go into Music and not something else as at the time you went?

My profession mainly is film production because I went to Nigerian Television Authority School, where I was trained as a Cameraman and from there, we were deployed to NTA Ibadan at the film unit, but it is my natural talent that pushed me to become a music producer. I just discovered that naturally, I could write and compose songs, but I believe I can’t sing and I felt all these gifts must not be wasted so I began to find artistes to liaise with and give them the songs because back then, the Lord God Almighty told me that the Michael Jacksons, Lionel Richies of this world have people who compose for them behind the scene and I could make that can happen in Nigeria too. That was how I started from secondary school and I used to come from Ibadan to Music chamber to meet Alhaji Sikiru Ayinde that I have some songs for him and I kept on pressurizing until my time came and he invited me and we started working together.

I was born in Ibadan in 1969 and I am also an indigene of Oke Aare in Ibadan. My Dad’s name is Alhaji Busari Adelakun. I was born and raised in Ibadan. I went to St Peter’s Primary School, very up high on that hill, on your way to Galaxy television and from there, I went to a boarding school named Community High School at Idiya. It is a government school and from there, I proceeded to Oyo State College of Art and Science in Ife. I have been picking interest in Entertainment since then and I spoke with someone, who told me that there is an institution that I could go to where they would teach me the rudiments of handling Camera and that was how I found myself in NTA College, Jos, then I came to NTA Ibadan to work as their Cameraman.

As an entertainer, what has life taught you and what has been your experience with the big artistes?

As one of the men behind the scene, I learnt that if you come to join the wagon with the mindset of making quick money, there is every tendency that the person will fail, but if you are driven by your passion, the money will surely follow. Life has taught me so many things and I discovered that Nigerian entertainment as it is if you are too considerate people will tend to rob you off your dues. If you don’t say here I am, people will not say there you are and if you don’t claim what belongs to you, people will deprive you of it  and you will still come out guilty of what you are supposed to be praised about.

Has there been any time you have been robbed of your entitlement?

There are so many, but like the type of nature that I am endowed with by God, I don’t pick fights, I will rather shy away.  I don’t confront people and I learnt that someone that offends you today could still come round to favour you in a way you least expected. I have seen someone that offended me so much in the past, but now comes round later when I least expected to bring me something of huge benefit that I least expected and I won’t like to mention names because fences have been broken and mended.

Comparing now and the time you started, can you say the men behind the camera now are better off than when you started?

Yes. I can say that because there were limitations then than to what people are exposed to now. You want to give your best, but you don’t really have the tools. The kind of studio they have now is more sophisticated than what we used then. Then in Ibadan, the best camera for social diary was M3000, and we used Ikegamy for professional video. One person will carry the recorder and someone will shoulder the head. Whenever you are running to catch up an event, the person will be running with you and if you carry such a camera for long, you will begin to walk one-sided. There are so many sophisticated tools from the studio to the camera and that is why the men behind the camera now are performing better now than in the past.

Can you also compare the artistes in that era with those we have now?

The artistes then were all out to impress their audience. They wanted people to say that they have released another blockbuster, but now artistes are money conscious and it boils down to what I was saying before now. Then when artistes call you, they would say we are doing this together and whatever comes out of it will be shared, but as events unfolded, things changed, so now the artiste wants pay as you go. You can decide not to greet me tomorrow, just give me my money and that is the difference between then and now.

How did you meet these top Artistes?

I met almost 85% of those artistes at NTA Ibadan, apart from those who joined us on the way, but from K1 the Ultimate, Pasuma, Obesere Ayuba I met them as a cameraman. It was in the course of our discussion that they got to know that I could write and asked me to come to Lagos, so we can work together but most of the other artistes come to me by themselves.

How is your working relationship with these artistes?

Different things work for different people actually. When you are working with K1 Ultimate, Barrister, Osupa, no one is going anywhere until the sound is perfect. There are some artistes who want to manage their limited resources within 4 to 5 days. The barrister will be sleeping in the studio. His Maxim was that he must work, after all, he has collected money. Barrister won’t go anywhere, he would take his bath within the premises very early in the morning and pack his bag to the studio and we would begin to slug it out. Artistes of nowadays want their music to sound like K1 the Ultimate, Pasuma or Osupa but they don’t have the patience required to make the job well done.

READ ALSO: WHY THEY HAD TO REMOVE LAMIDO SANUSI – POPULAR POET, ODIA OFEIMUN