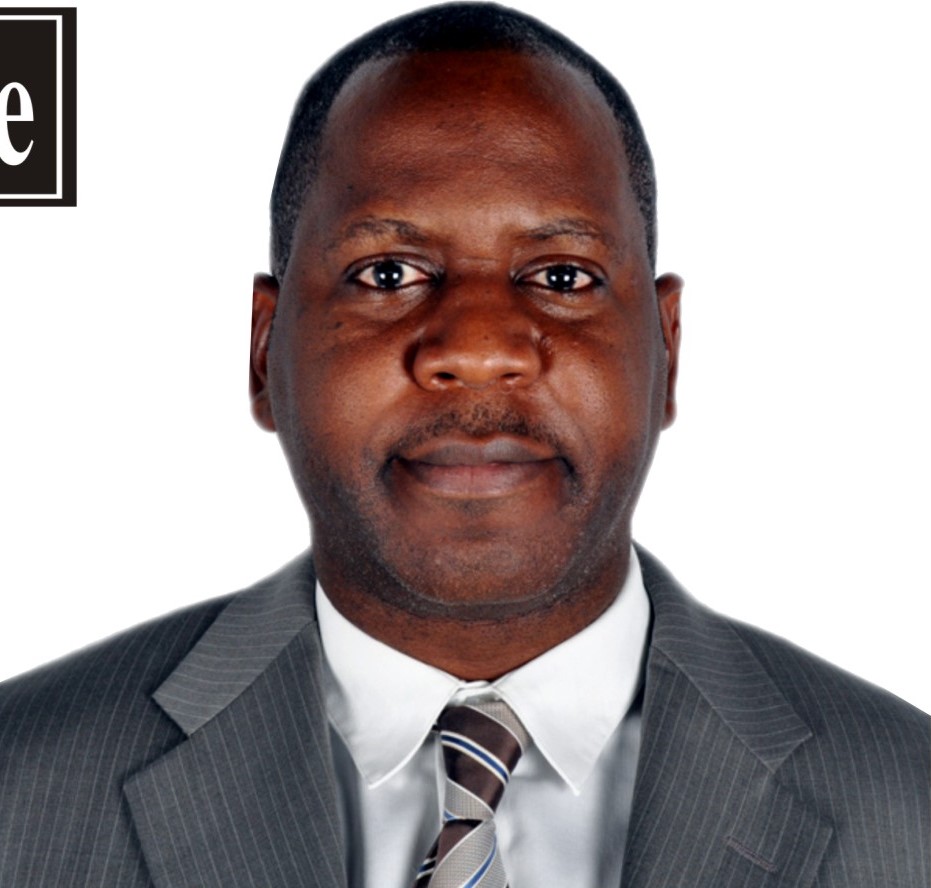 Until a few days back, ESV Olurogba Orimalade was the NIESV Lagos State Branch Chairman. He ran the affairs of the association in Lagos State for 2 years. He and his team put in place far-reaching policies that have improved the activities of the institution, known as The Very Branch, of the Institution because of its large membership and contribution to the success of the institution.

A few days back he spoke to City People Publisher, SEYE KEHINDE and the Head of City People Online, SEUN JOSEPH EMMANUEL. Below are excerpts from the interview.

How does it make you feel looking back at your achievements as the former Chairman of the Lagos Branch NIESV?

I feel elated. It was 2 years ago that I took up the mantle to run the biggest branch of the Nigerian Institution of Estate Surveyors and Valuers in the country. And without anyone given me homework, I put myself on a very hard pedestal because I believe strongly that in this life, God puts you in a position for a reason. And I felt that at that moment in time, the Institution was at a point where, we had to bring in some novel ideas to be able to raise the bar of the Institution and standards, plus various things that have made the institution over the years.

So it was very challenging. I came up with a very popular concept, which was called Contract With NIESV. It was an Action Document that was basically geared towards transforming the branch and without making a big deal out of it. It was more or less tailored towards focusing on building pillars, what I call pillars that we would build on, not just short term but key structures within the branch that will make the branch stand the test of time.

What structures are you talking about?

Before we came in, we only had 3 sources of revenue as a branch.

Why is revenue important? It is important because we are an institution that is not making a profit. If we are expected to give the best to our members, our members expect discounts for certain things. If we don’t have resources and we don’t make income, there’s no way we can do that or provide those things to our members. If the public expects us to carry out some levels of Advocacy when it comes to championing certain causes involving real estate development or land administration, if we don’t have Finance, nobody will give me a free advert in the newspapers.

We have a Secretariat that has a Staff, the secretariat also caters to our members, even Welfare. If we don’t make income, we will not be useful. So for us, it was important that whatever we are going to do within the two years, we have to build structures that will stand the test of time. And we had only 3 sources of revenue, what were the resources? One was annual dues which were really very minimal. How many people pay dues.

The second was, we have an Investment Company in Ikeja which by virtue of ownership ratio, between the state and national, we could say that invariably we own the building as we have a majority stake of that building. So we got good rental income coming in which has helped us over the years. Then, thirdly we carry out various programs, seminars symposia where we also charge a certain amount of money for people to come. Those were the 3 sources of income. But what we have done and I’m proud to say, is that we have created 3 additional sources of revenue,  One is through our Website. Did we have a website before? Yes, we did. But the website was practically none existent.

We have now tried to upgrade the website and make it fit up to international norms. From our website now, we have been able to capture almost everybody’s identity as a member. In the next few weeks, this is what the new excos will be showing our members and even the public. The website is more friendly. We can now sell who we are, sell our materials. Give information and data out. The key thing is its a good selling point for our brand.

Secondly, which we are very proud of, we created a state of the art Resource Center. It’s a 15 seater. I call it state of the art because from the screen that we have, which is interactive, to the seat and to the soundproof are plug and play. It’s a place where instead of renting, we now have our own resource centre which can train our members, which can also train people outside. That is a huge revenue earner, as you know human capital development is key in any profession anywhere in the world. So we are very proud of that.

The third part is our Marketing Brochure.  We have created and put everything in place, to have a marketing brochure, that will not just send to just our members but to send to other members, the Chambers of Commerce, government parastatals, and what does that magazine do? The magazine is not just to show who an estate surveyor or valuer is,  No. It’s well valued. It’s well broadened now, from Governors to Commissioners, to agencies, even the Lagos Business School and financial institutions too. They want to ask you, you as a Valuer, what value can you create for our business? So it is that tool that we are going to use to be able to sell ourselves and give information that will be able to create value for all stakeholders. We keep on shouting about the asset being down. This is no time for shouting, it’s not about sending the application to the governor to take that property. We don’t even need any permission to go. We, as professionals can see an asset and by a show of seeing it, can analyse it and do a proposal on how that property can be turned to gold.

So, those are the things that we’re going to be doing. Creating value for society. And those are the channels. Through this magazine, it will get sponsorship. In fact, we have one or two already. It will come out in the next few weeks. Basically, the last two years, I call it the time to sow and the time to reap. What we did for two years was to sow in key structures that will stand the test of time and now build us up to the challenges ahead which are enormous. The demands are there. Government and the populace expect a lot from us.

So if not for anything, I think those are the key things that are significant that we have been able to achieve. We call it legacies that are there for everyone to see and I hope that the current excos will still maintain the structure. You don’t destroy structures. You can only build on structures. So, in a nutshell, is what I believe we have been able to achieve and do properly in the past two years.

What were the lessons you learnt in the two years of your leadership of NIESV?

Yes. I’m going to be very blunt. After all,  I’ve left the office, so nobody is going to query me. It’s very hard satisfying people. And it’s important to realise that when you come to any position of leadership, a lot of people will not see the benefit of what you do.

The team I came with, was a fantastic team and a lot of us felt we were actually focused on doing what’s best for NIESV, but in society, don’t expect everybody to clap for you. That can be very depressing if you feel that you are making a huge sacrifice to better your institution or your country. So, that for me was a bit of a surprise. But later on, we realised that change doesn’t come spontaneously, so instead of feeling a bit depressed, especially over how we were trying to do things and some people were thinking otherwise, we just had to recognise that the change that we wish for the movement is evolving whether we like it or not. That was another area I was surprised about.

Another area that I would say I was partly surprised also was that I realised the huge opportunity and potential that the Institution has. I love my profession I have known how great the profession is but being in leadership and seeing the things we are able to do in two years and the impact you might create in the polity are enormous.

I will give you a quick example. We went to the Lagos Business School for an official visit. We met the Dean. I went with the key members of my exco at that time, and the dean took up just one little comment we made about how we have created a resource center and how we intend to be getting data. She was so excited. And she assured us that the school is ready to support and back us up in any way. And for me, the first question in my mind was, what have we done all these while? This made me realise that people are waiting for us. It’s not about quacks.  The sectors that matter, that dictate how this economy is going to be are counting on professionals like us to provide them with data and guidance on how the real estate is going to be. So, that opened my eyes clearly, though we have a rough idea of the potential of what we do, it’s a different thing when you now start to meet with key stakeholders.

Another example is when we had the privilege to bring in the Governor,  Sanwoolu and his wife, to the Honours Night, the governor challenged us and told us how he’s ready to partner with Estate surveyors to be able to have a great impact and advance the real estate industry. It wasn’t a persuasive message to him that he had to do it. He came all out and said it. So, for me the surprise was, the market is there for professionals, irrespective of political parties, it is for the professionals, whether you are an estate surveyor, engineer or architect to recognize that the time of sending paperwork out has gone. What Value can you create in the society, in your local area that when you meet someone that doesn’t know you, the person can check you out and invite you for a chat? Everybody wants to create Value. The world runs on that. That’s why big Data is what is ruling the world now. It’s not about the connection or who you think you know. It’s about what you can offer. That Lagos Business School visit was an eye-opener.

The dean was asking: where have you people been? So its a challenge to us. A very big challenge to us and I believe we will answer those questions because we now have those structures in place to provide data that will guide the country.

How I Ran LAGOS Branch Of NIESV In The Past 2 Years was last modified: June 10th, 2019 by Seye Kehinde

What You Need To Check Out Before...