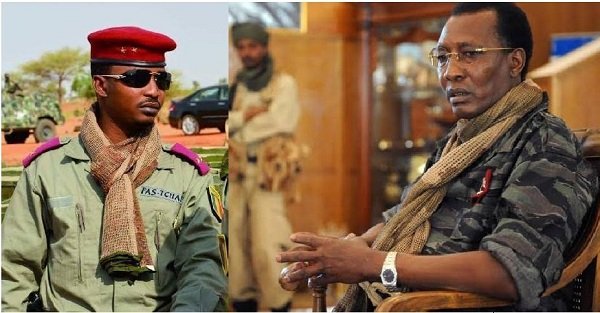 Idriss Deby was known for visiting the battlefield. After Boko Haram fighters launched a deadly attack on a Chadian army base in the village of Bohoma in March last year, the longtime president was seen walking on the shores of Lake Chad, next to his troops.

And it was on the battlefield where the former soldier met his end.

On Tuesday, Chad’s armed forces stunned the nation by announcing that Deby had died from wounds suffered while leading soldiers on the front line against rebels advancing from the north towards the capital, N’Djamena. He was 68.

“The president of the republic, head of state, supreme chief of the army, Idriss Deby Itno, just drew his last breath while defending the nation’s integrity on the battlefield,” army spokesman Azem Bermandoa Agouna said in a televised statement while surrounded by men in army fatigues.

The exact circumstances of Deby’s death, however, remain unclear.

One of Africa’s longest-serving leaders, Deby governed Chad for more than 30 years.

Hailing from the Zaghawa ethnic group, he grew up in the northeastern region of Ennedi. He joined the army in the early 1970s, at a time when Chad was gripped by a long-running civil war, and received additional military training in France.

Deby rose to the rank of commander-in-chief of the armed forces and eventually came to power by spearheading a 1990 rebellion that overthrew authoritarian leader Hissene Habre, after the two men’s relations soured.

He officially took office in February the following year, and went on to win elections in 1996 and again in 2001 before pushing through a constitutional change in 2018 that could have allowed him to stay in power until 2033.

“Have you ever seen a head of state take up arms and go into battle?” Deby said during an annual news conference in 2018. “You think I do this because I’m brave? Because I’m courageous? No, I do it because I love this country and I prefer to die on the battlefield than for disorder and misery to descend on the country.”

“Chad has lost a great soldier and a president who worked tirelessly for the security of the country and the stability of the region for three decades,” the French presidency said in a statement, adding that France had lost a “brave friend”.

For its part, the White House offered “sincere condolences” to Chadians and said the United States supported “a peaceful transition of power in accordance with the Chadian constitution”.

At home, Deby faced the threat of rebel groups trying to overthrow him. Rebels reached the capital in 2006 and 2008 and came close again in 2019. The president’s forces fought them off, sometimes with the help of France, as in 2019.

The most recent uprising began on election day on April 11, when Deby sought a controversial sixth term in a vote boycotted by main opposition parties. As election results began pouring in, members of the Front for Change and Concord in Chad (FACT), a Libya-based rebel group made up largely of army dissidents, crossed the northern border from Libya and into Chad.

Tensions were on the rise in the weeks and months before the election as Deby was seen as silencing opponents through violent crackdowns and even a deadly attack on an opposition politician’s home. In early April, Human Rights Watch said Chad’s security forces had  “ruthlessly” cracked down on protesters and the political opposition in the lead-up to the polls.

On the campaign trail, Deby promised to restore peace and security in a country wrapped in violence after years of attacks by armed groups and rebellion encroaching on its borders.

“There are those who say a sixth term is too much; I say they’re wrong,” Deby had told supporters at a rally in N’Djamena. “I’m confident we’re going to win.”

Indeed, as it was widely expected, the electoral commission announced on Monday that Deby had been re-elected with 79 percent of the vote.

But Deby had been wounded during the weekend while visiting Chadian troops on the front-line battling FACT a few hundred kilometers from N’Djamena, Agouna, the army spokesman, said.

Deby leaves behind his wife Hinda Deby Itno, who he married in 2005, and their children, as well as children from previous marriages.

The head of the African Union Moussa Faki Mahamat, a former Chadian prime minister, said he was saddened by Deby’s death, sending his condolences to his family.

“It is with great dismay and deep emotion that I learned of the death today of President Idriss Deby Itno,” said Faki, who was Chad’s prime minister from 2003 to 2005.

He called Deby a “great statesman and recognised military leader. I extend my sincere condolences to the Chadian people and his family”.

The European Union’s foreign affairs chief, Josep Borrell, expressed his condolences to the family, and to the Chadian authorities and people.

“The EU calls on all relevant actors to act responsibly, the immediate priority being the stability of the country and the region,” Borrell said.

Meanwhile, European Council President Charles Michel said that “the stability, the security and the [territorial] integrity of the country have to be preserved.”

Volkan Bozkir, president of the UN general assembly, tweeted his “most sincere condolences”.

In neighbouring Mali, also in the throes of a transitional military rule, interim President Bah Ndaw voiced “deep sadness” over the news of Deby’s “brutal death”.

He called it “a heavy loss, not only for Chad for which he made the greatest sacrifice, but for the Sahel region and for Africa,” where the two countries have been allies against threats posed by armed groups.

With his “engagement and vision he contributed to a stronger and united Africa”.

In an official statement, President Mohamed Bazoum and the government in neighbouring Niger hailed Deby’s “personal engagement in the fight against terrorism and for stabilising the Sahel-Sahara region”.

The statement also reassured the Chadian people of Niger’s “commitment to work together with them for the peace and stability of the G5 Sahel States and the States bordering Lake Chad”.

How Idriss Deby was killed was last modified: April 21st, 2021 by Reporter

5 Ways To Handle Jealousy In Your Relationship

PRIMATE AYODELE TO GOODLUCK JONATHAN: IF YOU...