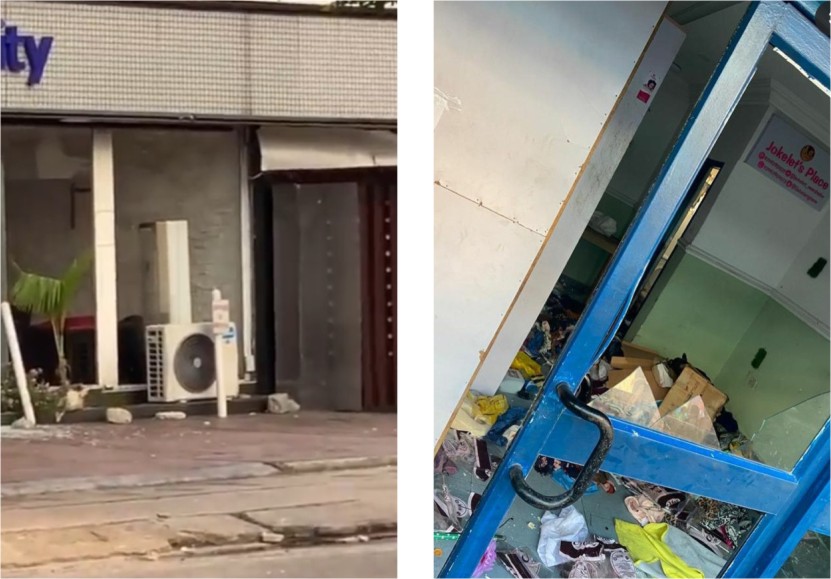 The #Endsars protest may have been brought to an abrupt end due to the Lekki Tollgate Mayhem but the havoc wreaked and loses incurred have inflicted huge losses on many entrepreneurs which they cannot be forgotten in haste.

A peaceful protest against a police unit known as Special Anti-Robbery Squad (SARS) turned violent on Tuesday, 20th of October night as soldiers opened fire on protesters in Lekki, a high-brow area of Lagos. Hoodlums resorted to violence the following day, burning down public utilities, police stations, and private homes of prominent politicians and their relatives/friends. The government of several states have imposed curfews to rein in the activities of hoodlums and take control of the security apparatus.

Lagos State output per year is estimated at $136 billion, implying that the state may be losing $373 million each day of the curfew and current crisis. Nigeria’s richest city earned N204.51 billion in the first half of 2020, meaning that the state could also be losing N1.13 billion from each day of the curfew. The state has 12 to 13 million micro, small and medium-scale businesses, representing about 30 percent of 41.5 million MSMEs in the country, but these firms are sitting idle at the moment.

Many commercial streets in Lagos like Adeniran Ogunsanya, Admiralty Way, Bode Thomas , and major supermarkets and malls to mention a few fell to the destructive hands of looters who storm many shops under the guise of protesting.

Of course, while many entrepreneurs are counting their losses, one big entrepreneur who has lost millions of naira to looters owing to the #Endsar protest is Mr. Lanre Carew, who is the Chairman and CEO of Farm City in Lekki Phase1.

It is one of the big hangouts where many Lagos big babes and boys enjoy the cool breeze after a hard day at work. Permit us to tell you that the hangout is now the shadow of its old self. The panes of glass were evidence of violence. It will take many millions of naira to bring the seaside hang out to its old self.

Do you know that popular Lagos big boy, Bayo Otunola, who 9ice praised in his album “Living Things? The dark-skinned entrepreneur also lost many millions of naira to looters in the Endsars protest. His super big supermarket on Ikotun-Egbeda road massively looted. The businessman shared this on his WhatsApp status that all had he worked for all his life were looted. The store and property vandalised were more than 500 million naira. Twinsfaja Nigeria Limited was incorporated in September 2007 and commenced operations immediately with branches across Lagos State

Twins Faja Nigeria Limited also proffers professional services in construction, building and civil engineering, and has recorded tremendous success in executing projects both in public and private sectors of the Nigeria economy.

Twins Faja Nigeria Limited has grown and expanded since its formation in 2007, owing to the experience and professionalism of its management and technical staff. Its strength is based on the ability to bring together active professionals who have acquired enormous experience in sales and marketing.

Right now, the 2 SAS large customers are not happy at all and many haven’t stopped raining curses on the looters since the incident took place. The 2 big shops which cloth rich celebrity women have been looted. It is now an open shop. The shop at Surulere Mall of SAS and Lekki branch were looted. Many millions of naira worth of fabrics were stolen. Don’t forget that SAS is the choice of many rich female Lagos celebs. They work so hard to build their brand. The brand was started by their late mum, but they have been able to build an empire from it with over 3 branches in Lagos.

Mrs. Bimbo Benjamin also lost many millions of naira at the popular luxury jewellery shop called Bimsgoldjewellery inside Surulere Shop Rite. Mrs. Bimbo Benjamin stock the best Brazilian gold and diamond imitation jewellery shop. Her brand is so popular and many admire her rare collections of jewellery. Her store was looted and she shared the sad news on her Instagram page.

Popular Nollywood star and brand influencer, Uche Elendu Store at Oniru Mall was also looted. The multi-million naira store was declared open this year. Her shop in Lekki Phase1, Killer curves beauty shops, was raised to the ground. The looters carted away everything. Her shop which was stocked with goods is now empty as many millions went down the drain.

Everybody knows popular hair brand, wholesale Naija, but the Ceo Mrs. Tinuade Ibrahim loves her life behind the scene. Her store was also looted. She is one of the big hair stores and an employer of labour, but all she had laboured for is now gone. She has over 10 superstars like Iyabo Ojo her brand ambassadors, but now all her store is looted. The video of her store is also on her page as she shared the bitter experience of how all her goods were carted away.

Mrs. Joko Adeusi, the brain behind Evextra store, a plus-size boutique, which has been clothing celebrities for over 15 years also lost millions of naira to looters. Her store is located inside Shoprites, Surulere and she shared the news on her IG page. In her words: “Thank you all so much for the calls, the prayers, the counseling, the words of wisdom, advice, etc. I am grateful and I feel so loved and blessed to have to you around me. No Shop was Spared in Shoprite Mall, Surulere. Everyone was affected, but at different degrees. Ours wasn’t so bad, but the enter shop was vandalised, scattered and totally in a bad state. Due to the state govt curfew, we are still at home and helpless.

Please bear with us for now. We promise to be back and better as soon as we can.

Thank you all once again”.

Ile oba to jo ni o,” she waxed philosophical she revealed. There is no doubt that she lost millions of naira too.

Another celeb, Olamide Fakus, also revealed on her IG page that her 2 shops in Surulere Mall were looted to the ground. She said she had lost all she laboured for.

Another Nollywood star whose photography of her looted shop has become a subject of discussion is Joke Jigan, the brain behind “theladyjokelets” store and bakery in Lekki. She also revealed, in a post on her page, that all she laboured for has been carted away. She explained that she doesn’t even know where to start. Many millions of naira are all lost to looters.

Visit Prince Eleanor and his Brother Eleanor store who run popular Ebanor store in Lekki and you may burst into crying at the level of damage inflicted. The store is owned by Prince Ebeano Supermarket is a partnership between two brothers, Mr. Sunday Egede and Mr. David Ojei. The partnership is based on a 50-50 agreement and they are employers of Labour of over 600 youths. The store located on Admiralty Road was looted. Many millions of naira worth of goods were carted away.

So also is Adekunle Yinka who runs the Yinka Fabrics store on Bode Thomas. In her words on Instagram, she revealed that she couldn’t talk for many hours, seeing how all she had worked for were lost to protest.

READ ALSO: WHY RESTRUCTURING IS THE ONLY SOLUTION TO MASS PROTEST

How LAGOS Celebrities Lost Millions To Protest – What City People Found Out was last modified: October 26th, 2020 by City People