How Late Odemo of Isara, Oba SAMUEL AKINSANYA Made History 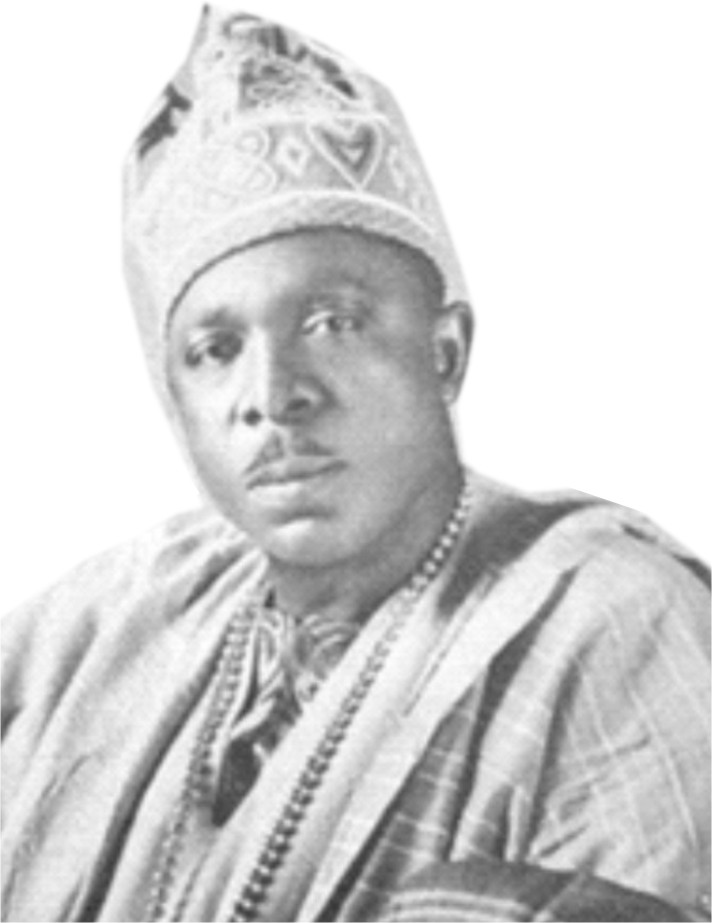 • His Son, Dr. GBADEBO ADETOKUNBO AKINSANYA Reveals A Lot About Him

Alaiyeluwa Oba Samuel Adetayo Akisanya, Afonlade II, OFR (1941 – 1985) is considered the greatest Oba in the history of Isara, Ogun state, if not in the Western region. Due to his forthrightness and fearlessness in the nation-building of Nigeria, he raised Isara from obscurity and gave it national recognition. Just based on his popularity and the force of his personality, he demonstrated the value of Yoruba kingship to the political order of the country. As the first English speaking Oba, he reigned as the Odemo of Isara for 44 years, until his death at age 87 in 1985.

Taking great pride in his education and masterful oratory, my grandfather was a learned, self-made man. His personal charisma and presence were unmistakable. With flawless diction and articulation, he had full command of “The Queen’s English.” He valued intellectual discourse and when he spoke, people listened and remembered. At the time, given the realities of colonialism, and the beginning thirst for national independence, a person’s ability to make elaborate speeches in English earned respect and position with the kingmakers and the elite intelligentsia. He was a gifted man of words and letters.

Along with his magnetic persona, his distinguished physical appearance was memorable. He was a sharp dresser and had a reputation as one of the best-dressed men in Yoruba land. When he entered a room, whether he was wearing traditional Yoruba attire, or an English suit and bowler hat, he caught the attention and admiration of everyone. His engaging personality commanded respect and displayed his character and dignity. He had a notable physical presence

He believed in the organization of the government, and in nation-building. His entire professional life supported his vision for Nigeria. He believed in the power of the people and in the proper rule. Earlier in life, his leadership attributes were reflected in his activities as a public intellectual, trade union activist, nationalist and political activist. Later in his life, those attributes were reflected in his 44-year reign as Oba of Isara. He was committed and proven leader.

Reflecting upon his well-documented professional life, you will find a trail of his interests, accomplishments, and his place among the elder statesmen of Nigeria.

First, he was educated at the Anglican School in Isara. After that, from 1916 to 1931, he worked as a shorthand typist. That is where he honed his skill as a writer and eventually became a journalist using the pen name “General Saki.” He valued the written word.

In 1923, he was involved in “The Study Circle,” along with Sir Adetokunbo Ademola, H.A. Subair, R.A. Coker, and Olatunji Caxton-Martins. This was a forum for discussing political issues through lectures, public debates, and essay writing. They advocated for the education of the young and set up a reading room and a scholarship fund. He valued education.

My grandfather’s involvement in the birth of the Lagos Youth Movement in 1934 developed his political organizing priorities and fueled his zeal for his country to be independent of Great Britain. Two years later it became the famous Nigerian Youth Movement (NYM). Open to all Nigerians, this was the country’s first genuine multi-ethnic nationalist organization. The organization was designed to advance the politics of the country and enhance the socio-economic status of all citizens. The NYM promoted national identity and not tribal and ethnic divisions and ultimately became a catalyst for Nigeria’s independence from Britain. He forthrightly supported the youth by having an organized political voice.

The NYM also strengthened my grandfather’s relationships with power brokers of the Yoruba political landscape. Professor Eyo Ita was NYM’s founding father, Ernest Ikoli, the first editor of the Daily Times of Nigeria was vice president while the president was Kofo Abayomi. My grandfather, Samuel Akisanya, was the general secretary and later became Vice-President. Other prominent members were Dr. J.C. Vaughan, Obafemi Awolowo, Samuel Akintola, Adeyemo Alakija, and eventually, Nnamdi Azikiwe and H.O. Davies joined when they returned from their studies abroad.

He sat firmly alongside Nigeria’s visionaries and elder statemen.

As a union organizer, he believed that the common person should have rights and that bargaining for a better outcome as a group was an important method to grow the industry. In 1937, Cadbury Brothers and other expatriate firms decided to control and fix prices for cocoa. They wanted to eliminate the brokers and middlemen and deal directly with farmers who probably did not speak English. My grandfather led the protest of the Nigerian Produce Traders Union (NPTU), which represented these middlemen. Using proven tactics, the union organized protest meetings, threatened to hold up transport of the crop, and even threatened to destroy the crop if needed. The government attempted to defuse the crisis by supporting the expatriates. Eventually, the issue was resolved when cocoa prices rose the next year. Later, he became the organizing Secretary of NPTU and President of the Nigerian Motor Transport Union between 1932 and 1940. He was a fearless leader who fought for the rights of the disadvantaged and those who did not have a way to voice their maltreatment.

In 1941, in the same year, my grandfather assumed the throne, the NYM president, Kofo Abayomi, resigned from the Legislative Council of Nigeria to move to the United Kingdom as he received a Rhodes Scholarship in Ophthalmology and my grandfather, the vice president of the party, sought to fill this vacant seat. It was a controversial election with the executive committee selecting Ernest Ikoli as president. This led to my grandfather resigning from the National Youth Movement and led to the eventual demise of the party. He was a man of great character who valued his integrity.

My grandfather was a founding member of the Action Group in 1951 which eventually was Chief Obafemi Awolowo’s political platform. The party won regional power in Western Nigeria while still under British colonial rule. My grandfather was appointed minister without portfolio in the Western Region from 1952 to 1955. He was involved in local Western Nigeria politics, forming alliances and he attempted to be a healer between NNDP and Ladoke Akintola on the one hand, and UPGA and Chief Awolowo on the other hand. He was a seasoned politician.

In the early ’60s, my grandfather, as an elder statesman of Yoruba politics and a sitting Oba, expressed his strong opinion against the much younger Ladoke Akintola, premier of the Western region and his deputy, Remi Fani-Kayode, calling them “misguided small boys” when they decided to punish some of the Yoruba chiefs whom they felt were politically disloyal. For my grandfather’s support of Chief Awolowo, they reduced his salary to one penny a year, earning him the moniker “penny a year Oba.” In response, the Oba said, “I dare anyone to come into his palace and give me that salary of one penny a year.” Of course, no one dared to come forward. He fearlessly spoke “truth to power.”

In November 1968, local farmers and peasants attacked the palace in Isara. Misunderstanding my grandfather’s position about the tax increment that the government was demanding, the community accused my grandfather of supporting the government’s aggressive tax hike and collection policy. There was a massive demonstration in front of the palace. My grandfather addressed the crowd from the balcony to no avail. They burnt down the palace, including his library which contained the history of Nigeria through different photographs from the 19th century, and his Mercedes Benz car. They destroyed everything. This palace did not regain its original physical status in his lifetime. However, Oba Akisanya became even more popular after this event. He was a visionary leader who did not let circumstances dictate his commitments to his people.

Yoruba wisdom tells us that “Ile oba t’o jo, ewa lo busi,” yet, that palace was not rebuilt physically. However, the true palace of the Odemo of Isara was not in a building but in his formidable presence and his leadership. He continued to rule over Isara for an additional 18 years after that unfortunate fire until he died in 1985.

Although everyone knew him as a Yoruba elder statesman extraordinaire, on the home front, he was a strong presence in our lives. However, to me, he was simply my grandfather. My father, Akitunde Akisanya, his first son, was the first indigenous chemistry professor in Nigeria and he had first-class honours from the University of London. I am Odemo’s first grandson. He named me “Gbadebo.” I miss him. He instilled a thirst for education into everyone in the family and today, he is survived by many children who also prize their education as engineers, doctors, and professors. One of his children is still a professor at Aberdeen University in England. Also, my grandfather was a close relation to the father of Nobel laureate, Wole Soyinka.

My fondest memories of him are around food. First, he did not like ikokore. He loved a full English breakfast including cereal, fruit, toast, eggs, bacon, sausage, and baked beans along with tea and juice. He often had it at the palace. When he visited us in Ibadan or Lagos, my mother would make him his favourite English meal. He would come with a lot of yams, Eko, a full sack of Ijebu gari along with other foodstuffs. Personally, we children did not like Eko and gari. But my mother would put sugar in the gari and make us eat it to honour my grandfather. She also did this with Eko and we had to eat everything he brought.

When I graduated from medical school in 1975, my friends and I drove to Isara and my grandfather entertained us to congratulate us. He asked me to sign the guest book as a visitor to the palace since I did not often come to Isara. We laughed about it and he spent valuable time with us discussing our plans as young men.  He was an enigma and in, many ways, a role model.

ACCORD Party Locks Down OSOGBO For Dr. Akin Ogunbiyi As He Declares For Governorship