Home News How My Pedigree Shaped Me Into Who I Am Today – Fertility Doctor, Prof. OLADAPO ASHIRU (OFR) Tells City People
News

How My Pedigree Shaped Me Into Who I Am Today – Fertility Doctor, Prof. OLADAPO ASHIRU (OFR) Tells City People 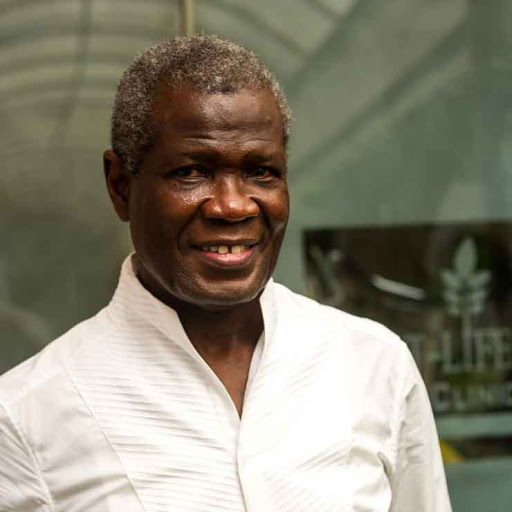 Professor Oladapo Ashiru recently turned 70. But he does not look it one bit. Over the years, he has kept his slim frame and his ruggedly handsome look intact.

For those who don’t know Prof. well. Lets quickly tell you that he is a Professor of Medicine with specialisation in Reproductive Endorcriminology, Infertility and Assisted Reproductive Technology. He was born in Ogun State, to the illustrious Ashiru dynasty. Early schooling includes Christ Church Porogun School Adeola Odutola College, where he emerged the best graduating student  and Ijebu-Ode Grammar School. He received his Medical Education and training at the College of Medicine, University of Lagos, (MB, BS, 1974 with Distinction in Anatomy), and Clinical externship at the Columbia University New York. He was a member of the choir during his school days.

Prof Ashiru, also  did internship at the Lagos University Teaching Hospital from 1974 till 1975. He thereafter proceeded to his National Youth Service at the Nigerian Navy as the Flotilla Medical Officer in the rank of a Surgeon Lieutenant on board NNS Nigeria.

His postgraduate training on study leave from the College of  Medicine University of Lagos took place at the University of Nebraska Medical Center in Omaha in the area of Reproductive Endocrinology and Neuroendocrinology in the Anatomy Department (MSc 1978, PhD 1979).

Professor Ashiru returned to the College of Medicine University of Lagos as Senior Lecturer and Consultant Reproductive Endocrinologist to the Lagos University Teaching Hospital (1980). As a testament to his brilliance, Ashiru was appointed Professor at age 32, making him the youngest Professor in the College of Medicine. He has trained several students, and many professors in the field.

He discovered and reported the follicle-stimulating hormone (FSH) positive feedback mechanism in 1979. This knowledge is used clinically in assisted conception technologies in the use of exogenous FSH injection in ovulation stimulation. He also pioneered the technique of In-Vitro Fertilization and Embryo transfer in West Africa in 1983 has become (experimental), 1984 (human) co-pioneer of the first test-tube baby through IVF-ET in 1989 with Giwa-Osagie. Ashiru introduced the use of pre-implantation genetic diagnosis (PGD) and embryo selection to remove abnormalities like Down’s syndrome, sickle cell, and family balancing.

Prof Ashiru has played several leadership roles nationally and internationally. They include the Head of Anatomy Dept. (1980-1990) Dean Faculty of Basic Medical Sciences (1990-1994), Deputy Provost and Acting Provost (1993-1994); Clinical Professor and Director of IVF Program University of Illinois at Chicago(1996-1998), and currently Chief Medical Director of the MART Group of Health services consisting of the Medical ART (Assisted Reproductive Technology) Center, the Mart Medicare (High Risk Obstetrics and Neonatal care) and the Mart Life Detox Clinic, the first modern Mayr clinic in Africa. Other leadership roles are Patron of Association of Fertility and Reproductive Health Nigeria (AFRH), President African Fertility Society (2015 till present), Assistant Secretary-General of the International Federation of Fertility Societies (IFFS), member of FIGO Reproductive Developmental and Environmental Committee (RDEH). Ashiru has published and given several guest lectures on the Management of Environmental Toxins and Endocrine Disruptors.

Prof Ashiru has received several awards in recognition of his contribution in the field of Reproduction. They include OFR (Order of the Officer of the Federal Republic (2005) by the President of Nigeria, National Honor Chieftaincy title as Otunba Orodudu-Joye of Ijebu, by the paramount ruler of Ijebuland. African Child prize Award, Hallmark award, and others.

Talking about his pedigree, how has that helped or not helped his career?

“My career has nothing to do with my pedigree. My pedigree has to do with my Confidence. I grew up not wanting. And I grew up with love. I have everything I wanted. I was among the first set to go to youth service. If there is no Confidence in a man or a woman from the house it will affect the way you are and your ability to even have education.”

“I had a father who had priority for Education. My father will tell us, that, no child of his should wait for his WILL, that the only property he has to give now is education. And not only that, he would say it, he would enforce it. When we were growing up my father knew all the principals in our various schools.”

“He was even the Chairman of Board of Governor of the school. He would go to the Principal, and collect the report card of all his children, and you won’t know that he already has your performance records. If he sees you playing anyhow he would just call all of us to assemble in the sitting room with our mothers, and one of us will be reading the report. Those who have done well will be on one side while those who have not done well will be on the other side and will be properly disciplined.”

“So because of that, you will want to read and do well. And with him, once you are excelling in academics, you are his friend. He would take you anywhere, if you want anything he would give you. That was the way I grew up”.

Prof. has always been slim like he is now for years in terms of  his  stature and his look. How does he  still looks this young, even at 70?

“I think it came from home. My mother was among those who were trained by the British. So, the kind of food we eat in our house is always healthy. We knew from our tender age many healthy food and the ones that cause high blood pressure. You are what you eat. If you know how to eat well, you will live long”.

“Most people, rather than eat slowly and chew their food, they swallow the food, even pounded yam, amala etc. They swallow it, and they think when it gets to the stomach it will be digested. No, it’s not like that. There is no teeth in your system. The only place where the Almighty gave us the chance to break down the food is in the mouth, and that is where he wanted us to eat. Many people are punishing their stomach if they don’t chew their food well. The stomach will only deal with what it can deal with and push the rest into the Intestine and with that, you know what will happen.”

“It has been discovered that a food that somebody ate a month ago will still be in the intestine. That is why you see people with big tummy, and it becomes a toxin in the body. We are producing toxins in our body by the way we eat. Many of these diseases are from what we eat. So, it is advisable, if you want to be healthy you clean out, even if it’s just once in a year, at the detox clinic.”

How My Pedigree Shaped Me Into Who I Am Today – Fertility Doctor, Prof. OLADAPO ASHIRU (OFR) Tells City People was last modified: February 19th, 2021 by Reporter