How OLUWO Of IWO Fell In Love With KANO Princess 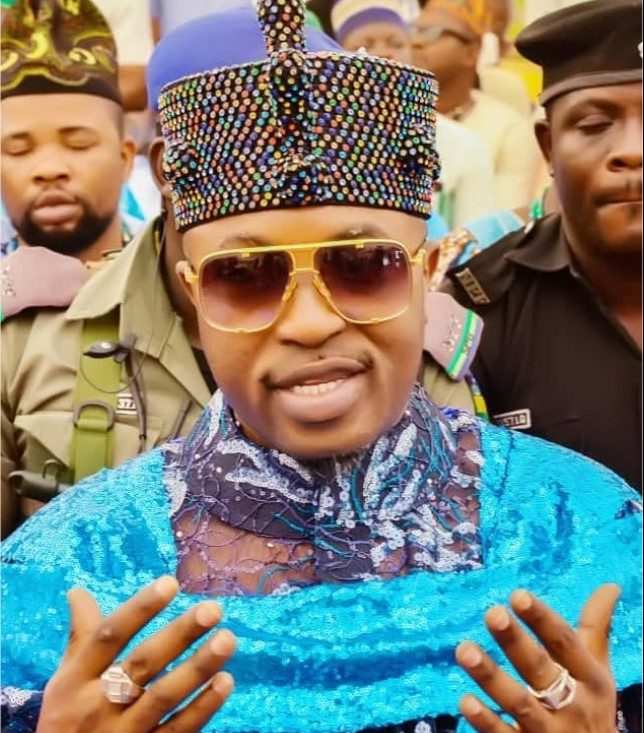 It is no longer news that the Oluwo of Iwo, Oba Abdulrasheed Akanbi, Telu 1 is getting married again. His new bride is Princess Firdaus Abdullahi. The bride is from the Ado Bayero royal family in Kano. This is coming after Oluwo of Iwo divorced his estranged wife, Queen Channel 3 years ago whom he had a son.

He personally made the announcement on his page a few days back. He wrote, “History made, Royalty weds Royalty, A great wife, matrimonial material and morally upright princess becoming a queen. The glory is not mine alone, it belongs to all of us who trust in our way, an undiluted monarchy that resigns only to God, the creator”.

The Royal wedding is billed to hold on Saturday, March 19th, 2022, at the residence of the Madakin of Kano, Yola Quarters in the ancient city of Kano by 11 am. The Madakin of Kano is Alhaji Yusuf Nabahani. He is one of the powerful kingmakers in Kano. After the Nikkah ceremony, a royal reception which is strictly for ladies will hold at The Gidan Rumfa, the palace of the Emir of Kano, HRH Alhaji Aminu Ado Bayero by 4 pm.

The Oluwo has found love again from the Ado Bayero Dynasty in Kano. We gathered that the love story between Oluwo and his new bride, Princess Firdaus started close to two years ago and since then, Oluwo has been a recurring decimal at Kano. The bride is 27 years old, beautiful, well-schooled, and from an obviously prominent background. The bride is Ado Bayero’s granddaughter and the Emir of Kano’s niece.

That tells us why the reception, which is strictly for ladies, will be holding at the Emir’s Palace.

Oluwo’s tie with Kano dates back many years. He has many allies in the North, especially Kano and he has been a constant feature at the state in recent times. He was recently with Emir of Uke, Nasarawa, Alhaji Hamed Hassan. On the 25th of February, he posted a picture where he was with the Emir of Kano and presented him with a gift. They have been close for many years and this informed the asking of his niece’s hand in marriage which the Emir gave a go-ahead. This was a kind gesture in anticipation of his wedding, especially because he is getting married to the Emir’s niece, whom Oluwo fondly calls his brother. His visit was also to the Kano Governor, Alhaji Umar Ganduje who hosted him in a big way and other big shots in the Northern Emirate in the last few months.

He hinted about the ceremony on February 3rd after he got the go-ahead to take Princess Firdaus as his bride. He wrote, “congratulations to me because of yesterday, 2:2:22”. Top event professionals have been contracted to handle the wedding, from the event planner, the decorators to the photography and designers, all are already in top gear.

We gathered that top celebrities from Lagos will be flying to the Emirate City for this Royal Wedding, the airspace will also experience some busyness as top shots will be shutting down Kano in their private jets.

Oba Akanbi, who became the Oluwo of Iwo in November 2015, at 48, married his first wife, Jamaican Chanel Chin, shortly after he was enthroned, the union which produced a son named Oduduwa, ended due to irreconcilable differences.

The Oluwo is giving marriage another trial at 55 to a 27-year-old princess and we wish them the best of luck this time around. Oba Adewale Rasheed Akanbi of Iwo Land was born on June 21, 1967, at Iwo in Osun State and hails from Molaasan Compound of the Gbaase Ruling House in Isale Oba, Iwo in Osun State.

He attended Omolewa Nursery and Primary School, Oritamefa, Ibadan from where he had his elementary education. He then proceeded to Iwo Grammar School, Araromi, Iwo, Osun State and later, Oba Akinyele Memorial High School, Idi-Ape Ibadan.

He went on to obtain an Ordinary National Diploma(OND) in Mass Communication from The Polytechnic Ibadan and also has a Certificate in Cybis & Axis System which he got from Convergys Institute, Halifax, Nova Scotia in Canada and a Bachelor of Science in Business Administration from George Brown College, Toronto, Ontario and lastly, Seismic Certificate in Operations, Oil & Gas Processing Facilities.

He worked as a Data Processor, Bio-Skin GMBH in Hamburg Germany and as an International Development Analyst (Oxfam Canada). He also worked as Associate Supervisor, Purdy Wharf Towers, Halifax, Nova Scotia in Canada.

He is the 16th Oluwo of Iwo and a devoted Muslim.

How OLUWO Of IWO Fell In Love With KANO Princess was last modified: March 15th, 2022 by Tayo Oyediji