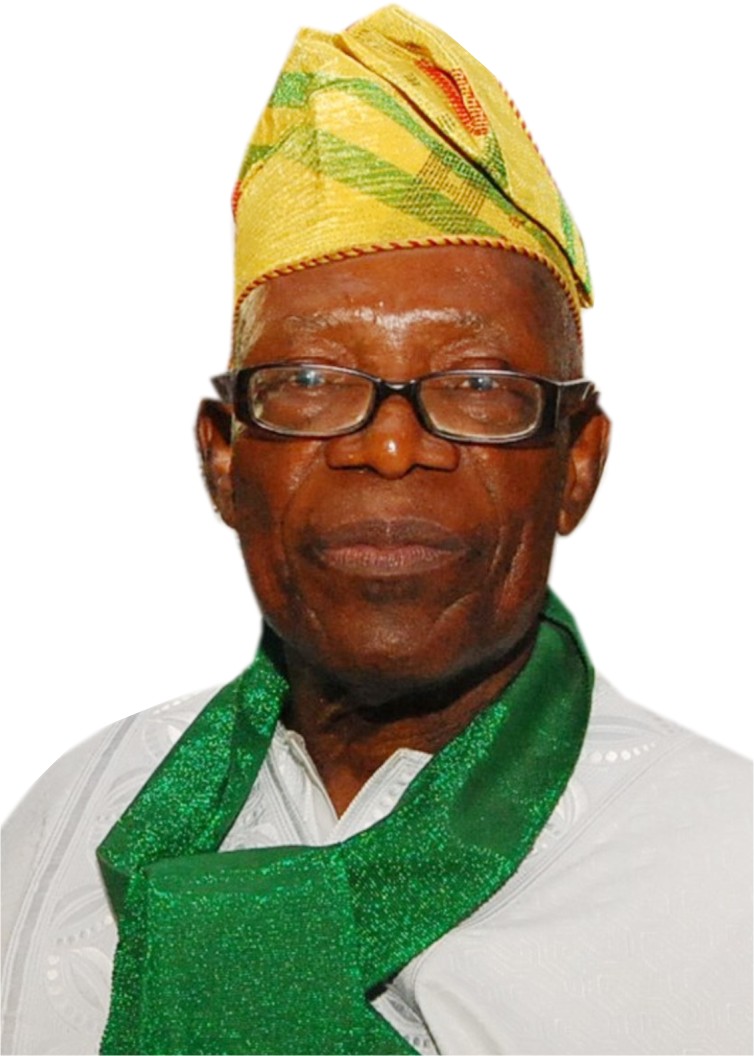 Alhaji Afolabi Awosanya is one of the founding fathers of The Sagamites Club of Sagamu, in Ogun State. It is a socio-cultural organization and philanthropic club for the sons and daughters of Sagamu, in the Sagamu Local Government area of Ogun State.

Surprisingly, Alhaji Awosanya is the only oldest member that is alive among those that founded the club 46 years ago. Talking to City People’s Assistant Editor, SUNDAY ADIGUN at the investiture of the new President,  Chief Seni Adetu, a few days back, Alhaji revealed how the club was started by a group of 9 friends in 1972. Below are excerpts of the interview.

How was The Sagamites Club formed 46 years ago?

There used to be a group of friends who have been moving together for quite a number of years. They asked themselves a question, what can we give back to our native town, Sagamu? So it was as a result of their burning desire for a common platform through which members can render selfless service to our community in Sagamu here that the club was formed.

What are the achievements recorded so far?

So many, scholarship awards right from inception, not quite a year after we started. Giving scholarship to secondary school students of Sagamu origin, brilliant but the indigent ones. The assistant principal was asked to identify brilliant but indigent students. There was a time not less than 62 students were given scholarships. Two years ago when we had our presidential night here, a lady, Modupe walked in to appreciate us that she was one of the beneficiaries of our scholarship awards to a secondary school in Ikorodu.

Can you tell us the names of those friends that started The Sagamites Club and who was the first President?

My cousin, late Otunba J.O.A. Adedoyin. He died last year. He was the first President for the first 6 years. He came back again for another 4 years. Among those that started is my friend, late Oladele Odesanya, he was the one who donated the parcel of land we are in today, though we have acquired more, what he gave us was not as big as what we have now. Also my friend, Babatunde Osobemekun is another one. Late Kolawole Daodu is also one. There is Awolesi. There is Omobodun There is Onimole. They are 9 in number. But those are the ones I can remember for now.

How do you feel, seeing that you are the only one remaining among the foundational members?

First of all, I give glory to God, it’s God’s doing, and there is nothing we can do. My cousin died last year, for so many years before he died, the two of us were the remaining founding fathers. When he died, I felt abandoned, I felt lonely, all my friends of 60,50,40 years, they had all gone. But I thank God.

Is there any difference in your mode of operation when you started and now?

To be sincere with you, we have lost the discipline that we used to have. All the same, these young men have their own advantages, they have ideas, as far as I am concerned, they are doing well.

Kindly tell us about yourself sir?

I grew up in Sagamu here, a peaceful town. When we were young, if you misbehave, they will scold you, beat you, but these days if you beat a neighours child, police station straight. There was not so in those days anybody’s father is everybody’s father. Those were the way we grew up. To tell you more about my background, I attended my primary school here before I went to Lagos, working, going to evening classes to study for my GCE. I retired from West African Portland Cement in 1991 as Material and Supply Manager. I am old now, my children are the ones taking care of me.

What message do you have for the new President?

To continue with the good work he has started. Within the 2 to 3 months he took over, he has started working. If you see the frontage of our club house, you will know. It was not like this 2-3 months ago. I wish him well, he should continue on that good note, he is an experienced man. He is the former MD of Guinness, so he is loaded. I pray for him that God in his infinity mercy will continue to be with him and guide him aright.

How SAGAMITES Club Of SAGAMU Was Formed 46 Yrs Ago – Afolabi Awosanya was last modified: October 9th, 2018 by Sunday Adigun

INEC bars Atiku, Buhari, other aspirants from campaigning till Nov. 18