How Star Actress, IYABO OJO Fell In Love With PAULO 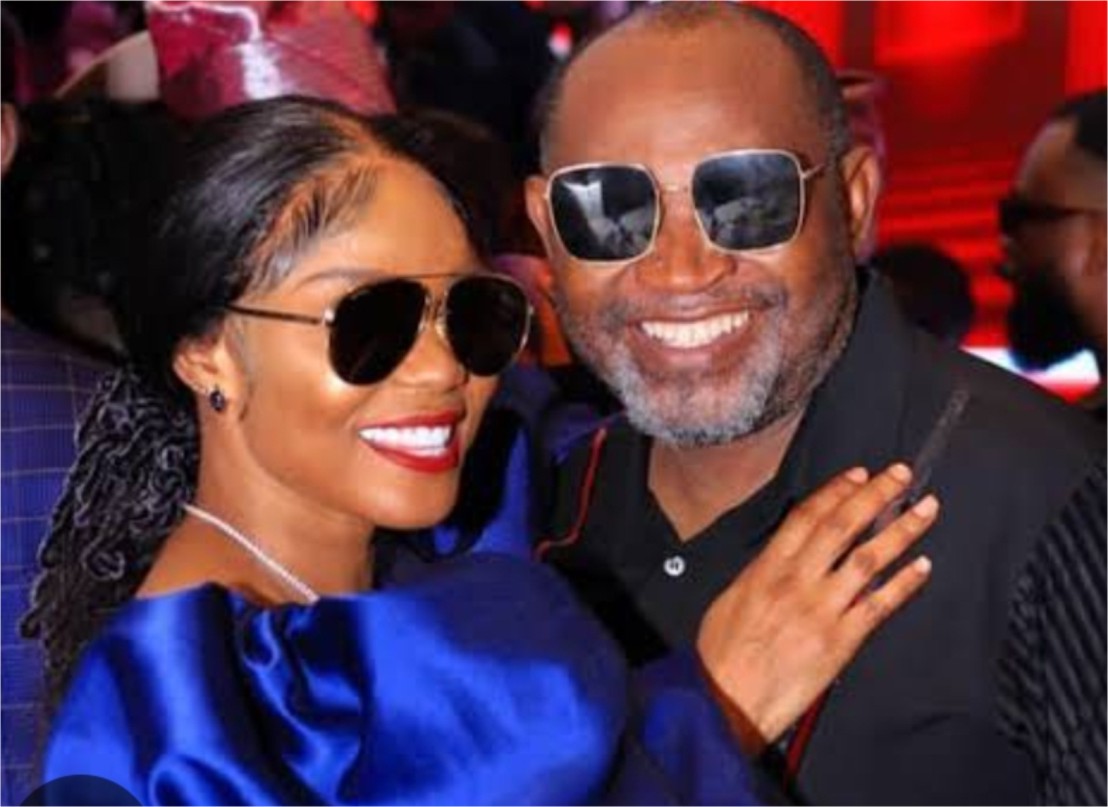 The foremost actress, Iyabo Ojo set the internet on fire, not just with her gorgeous pictures to celebrate her 40th birthday, but also the man in her life.

Prior to the unveiling, in the last few months, the pretty mother of two had disclosed on her Instagram page, that she was in love with an Igbo man, whom she often refers to as “Obim”.

Many were so curious to know the Igbo man that has captured the Queen of Tiktok’s heart.

Even musicians such as Pasuma and others took turn to praise her at parties as “Iyawo Igbo”.

Also some blogs reported that she is in love with an Igbo man, but many were patiently waiting to hear from the horse’s mouth, which she eventually did on her 45th birthday.

And, celebrities have taking turn to congratulate her and express their joy towards the good news.

Iyabo Ojo is one actress that doesn’t flaunt any man, so this goes a long way to show that, it is not the regular relationship that most actresses get involve in.

It was revealed that this love birds share something very special and unique, that they can barely stay without each other. And Mr. Paul Okoye, a.k.a Paulo, is not a small fry in the entertainment industry.

It was revealed that he has been on Iyabo Ojo’s case for a very long time, but the actress decided to take her time, and not to jump into any relationship.

Considering the fact that she is a public figure, and can’t afford to make mistakes, most especially in this era of social media, where basically all matters are discussed and settled online, Mr. Paulo knowing what exactly he wants, decided to be patient, while Iyabo Ojo takes all her time. After making enough findings and also becoming very sure of what and in whose she was placing her heart,

Iyabo Ojo decided to give their love a chance and ever since they started dating, they have remained inseparable as they are often together, and they have also hanged out together with lots of celebrities in the industry, so the news of their relationship, didn’t come as a shock to many in the movie and music industry, most especially friends of the couple.

And, for those who are eager to know if he is a married man? No, he is not, and this is one question many fans have also asked the star actress, and she has always told whoever cares to listen, on her Instagram page that she is not stealing any woman’s  lady. So, they are both single though blessed with two children each from their previous relationship. And, Paulo’s children have a soft spot for Iyabo already as she treats them just like Priscilia and Festus, her own children.

For those who are also eager to know much about Paul Okoye, a.k.a. Paulo, Iyabo Ojo’s sweetheart, we have you covered.

Paulo has been in the entertainment and celebrity management business for over 30 years. He has made prominent marks with special focus on public relations, media buying, talent management, celebrity endorsements and management with the likes of DJ Cuppy, Burna Boy, Davido, Wizkid, Mercy Eke and many more.

His services are not excluding event management and creation. Preparing holistic business and brand solution for all sector of business across Nigeria and around the world.

He has spent over half of his lifetime in the entertainment industry and he is always celebrated by lots of celebrities in Nigeria on every occasion of his birthday.

He is in his 50s, and highly loved by many celebrities in Nigeria.

He has so many ambassadorial deals as well as management deals, signs lots of celebrities which he usually advertises on virtually all his social media accounts.

This very successful and hardworking businessman constantly travels out of the country for both business and leisure. His kids spend more time and live abroad while they do visit Nigeria when required.

He is a very private person, and keeps family issues from social media. He is one very doty and responsible father, who doesn’t joke with his children.

He has a son and a daughter, Paulo Junior Okoye and Venessa Okoye. His son, Paulo is a footballer while Venessa is a Client Manager at Upfront & Personal.

She is a very hardworking young lady who has worked and still work with a lot of A-list celebrities such as Kizz Daniel, Osas Ighodaro, Dakore Egbuson, amongst others. She is in her mid-20s and a celebrity on her own. Her younger brothers is in his early 20s.

They share a very close bond with their very supportive father.

Many of Iyabo Ojo’s colleagues, friends and well wishers were super excited with the good news, mainly because, the couple no doubt are happy together with each other, they complement one another and most especially because of what Iyabo Ojo went through in her first marriage.

The pretty mother of two once revealed why she ended her first marriage. According to her, her ex-husband ill-treated her and always body-shamed her.

She got married at age 21 years and had two kids (a boy and a girl). After she gave birth to her kids, she noticed some changes in her body, as her skin started slacking and there was a whole lot of discoloration on her skin even on her face. Her husband always cursed her for having slacking skin and discolored face. In her words, he called her, “Dirty”.

It got to a point where she could not longer take such bullying from her ex-husband, she had to pack her things and flee with her two kids with all these she felt worthless and insignificant because she no longer looked appealing to her husband.

Iyabo Ojo is one actress that has been through thin and thick as a single mum but never gave up on herself.

Regardless of what she went through, she still stood strong as she currently controls many businesses, winning on all sides. She also didn’t stop at making herself a star and inspiration, but also made her children celebrities, controlling their own business empire. It was Iyabo Ojo that changed the narrative in the movie industry. Most of the actresses always hide their kids, especially single mothers all that has changed now.

For many who also don’t know, let’s update you about the things Iyabo Ojo and Paul Okoye (Paulo) have in common.

They are both in the entertainment industry. Paulo is an entertainment guru, while Iyabo too is an actress, producer, who has featured in lots of big projects and made a huge success out of her career.

They are both blessed with two children each (a boy and a girl) though the two ladies are celebrities on their own, Venessa Okoye and Priscilia Ojo are both celebrities, they both have cordial relationship with A-list celebs in and outside the country, while the both guys maintains low profile, though also successful in their endeavours abroad.

Iyabo Ojo and Paul are both very hardworking and successful in their careers. Though their wealth can’t be compared at all, as Paulo is a big fry, but Iyabo Ojo is equally doing well compared to lots of her contemporaries in the industry. One can’t talk about the top 10 successful actresses in Nigeria and Iyabo Ojo won’t make the list. She has indeed paid her dues in the industry and living the baby girl life to the fullest.

They also both have a thing for fashion. Iyabo Ojo is one of the most stylish celebs in Nigeria.

Paulo can also be described as not just a rich man, but rather a rich man with a very high taste for fashion. He is very stylish and classy.

These two are so crazy about each other that, they call each other by a special name, while Iyabo calls him “My Obim”. He calls her “My Eze Nwanyi”, and there is already an hashtag “Iypaulo”.

Star actress, Iyabo Ojo’s close friends are already speculating which angle of the weddings, they will taking charge.