How The Song SHEPETERI Shot Me To Limelight – Music Star, SLIMCASE 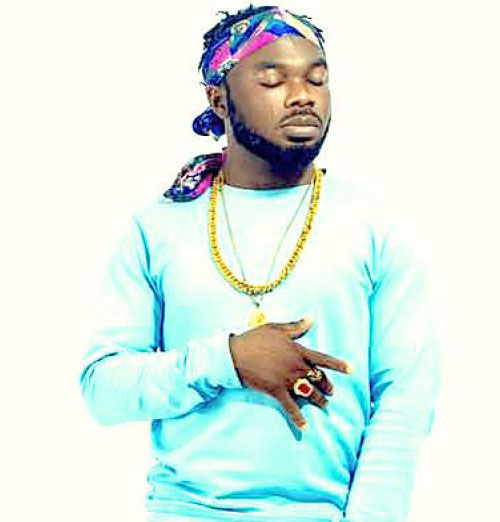 Everyone calls him Slimcase, born Oluwafemi Oladapo Oko-Eko, on August 21, 1985, grew up in Ikorodu, in Lagos State. He was schooled and raised by the streets, where he honed his talent first as a comedian. At the start of his career, music was a distant dream, one that he had never considered. He was a funny guy, who had planned to cash in on that. And so he began performing for friends, family members, and the odd social gatherings. But music found him and his friend encouraged him, choosing to tell him that “with his style, you can just put something on the beat.” Slimcase started recording as a rapper, due to his early Hip-hop influences, where he followed records made by luminaries such as Eminem, Snoop Dog, 50 Cent and Dr. Dre and others.

Slimcase is having a ball right now. With the explosion of the Shaku Shaku movement, life has somewhat changed for him. He has seen his stock rise considerably, with many mainstream stars reaching out to him for collaborations. Already, he has worked with Afro-Pop superstar, D’Banj and many other artiste like Dj Neptune, Larry gaga, Djenimoney, Mr. Real, Idowest, Mr. Eazi, just a few to mention. In an interview with City People Entertainment Reporter, PRECIOUS POMAA he revealed a lot more about himself and his music.

Tell us about your jouney, so far into the industry

Its not really been easy, though 2face said if e easy na set up, I have been doing this for 9 years now but last year was my breakthrough,I first started up as a rapper then I switched to comedy after hype. Hype was the thing that brought me to limelight

How did you feel after the breakthrough?

Actually I was scared, because when I dropped Osonzondi, I  mentioned so many ballers, so many things ran through my head,  but I still acted like a man and was ready for anything that will come up. But now, here are from Osonzondi, Shepeteri, Issa Banger, Codine Diet, Overload, Maya, Guicc Snake. Lets give thanks to God because its been him all through.

What will you say inspires you?

Everything inspires me, everything around me and most especially in the street like the codine, weed, tramadol and the rest of them.

It is said that shakushaku is a trend, what is your take on this?

Shakushaku is not a trend, its just another sound and a spirit of love, that is why most of the shakushaku hit songs out there are collaboration. We have just few singles that were made this year. Lets even talk about other songs like Soco,  Amaka, Fake Love they are all collaboration so to cut everything short, shakushaku is here to stay.

So would you say this is the reason you stayed for 9 months before releasing your first  single ?

Yeah, I had to give it time because what was trending was collaborations I couldn’t just jump on a song. So I have just 2 singles that’s Lamba and Kanamo but expect another one this year though it’s a collaboration featuring 2baba, Davido and Perruzzi

In your own view, how far do you think your two singles traveled?

Mehn, its everywhere, you can’t even tell until you walk on the streets and you hear people screaming Otunba Lamba everywhere.

How does slimcase stand out? Why are you different from others?

I will only say its hard work , more collaborations. Check out my friends like Mr. Real and Idowest,  they have just few collaborations while I have more than 15 out there, that is a hit. Then my movement, my package most especially, you need a team to do this, it’s really not something you can do alone. You have to collect and also give back to the street  and people that work with you, that’s why is called a gang business.

Tell me what inspired the song Osonzondi?

Everything inspired Osozondi. Even the reporter  and the  ballers especially inspired it.  Okay, let me say Osozondi was made for ballers to ball more. I just had to do a song that will make them want to ball harder.

If there was no music what else will slimcase do?

I will be an hypeman or go to big brother like Efe [laugs]  and win my own 25 million and do my Miracle and  Nina  thing.

It was okay, I grew up in Ikorodu, Lagos Island and so many places on the Mainland. I came from a very poor family so we moved to different places. They pushed us out of the house we lived because we had no money to renew the rent. But I thank God for all the tough times because it made me see life and know different people and got used to the street and right now we are not just okay but too exclusive.

How did you come up with the name Slimcase?

Okay actually when you hear my name and you’ve not seen me you belive its someone that is slim but when you get to see me you know I am bigger than the name implies so all the things you hear in my songs are not what I do, this whole thing is just a concert.

You don’t drink and you don’t smoke as you say , why then do you sing about them?

Its just because of the people around who inspire me. Okay let me say I am just a good actor because I take my time to go out to the streets and learn more every day. Most of these people, when theY are drunk they tend  to say many things so I talk about all these and I put them into music.

Are you working on anything currently?

Oh yeah a song with 2baba, Larry Gaga, DJ Neptune, Perruzzi and that’s gonna be the final song of the year .

In 2 years from now where do you see yourself ?

Isee myself higher, but I don’t see myself doing music for a long time andthat’s because I have other talents I want to push through. You guys just watchTv. you don’t know what’s cooking behind the camera.

How The Song SHEPETERI Shot Me To Limelight – Music Star, SLIMCASE was last modified: December 3rd, 2018 by Precious Pomaa