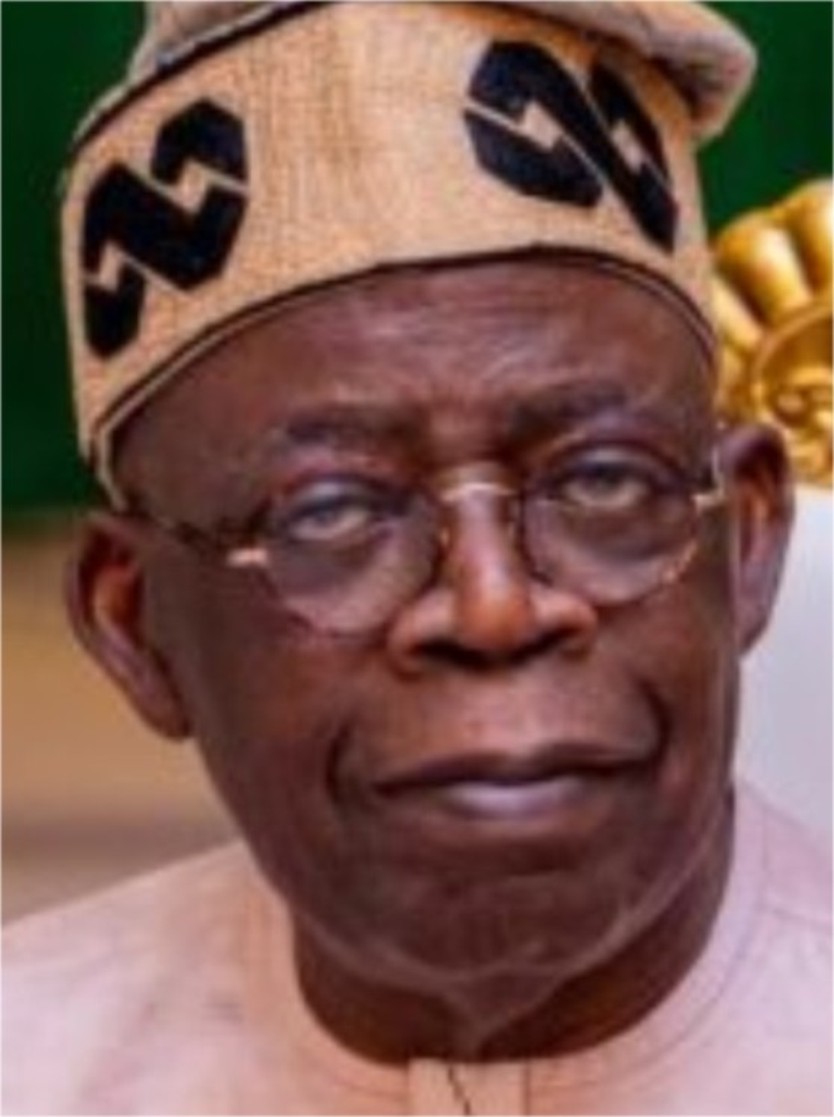 As lift on campaign for the 2023 general elections is imminent, the All Progressives’ Congress (APC’s) presidential standard bearer, Asiwaju Ahmed Tinubu has intensified mobilisation of the electorate across Nigeria for his victory at the polls.

His game plan, City People can reveal, include reaching out to all stakeholders across the country and securing support of people’s mobilisers at the grassroots without leaving out men and womens’ associations, clubs and social societies that are not within political net. The campaign team of Tinubu is gearing to ensure total mobilisation of all and sundry in the country to ensure that Asiwaju emerges winner in the presidential election come February, 2023.

City People gathered that the commitment of the APC candidate’s handlers to leaving no stone unturned in their march to victory took Senator Tinubu to Abia State last week, where the presidential candidate made a courtesy call on the mother of a former Governor of Abia State, Senator Uzor Kalu at Ikpere village.

The visit, which was witnessed by the Senate Chief Whip, Kalu, as a host afforded Tinubu an opportunity to seek the support of a great mobiliser in the South-East, Mrs. (Elder) Eunice Uzor Kalu (Odiukonamba).

Tinubu, who was in company of the Speaker of the House of Representatives, Femi Gbajabiamila and a former Minister of Aviation, Fani-Kayode, told Mrs. Uzor Kalu that he came to Ikpere on courtesy visit to inform and seek the support of the mother of his friend and mate (Senator Kalu) on his decision to contest the presidential election next year.

The Senate Chief Whips Senator Uzor Kalu, has called on Igbo to vote for the All Progressives’ Congress (APC) Presidential Candidate, Asiwaju Ahmed Tinubu in the 2023 election.

The former Governor of Abia State made the clarion call in an interview he granted newsmen last week. He urged Igbo to wait for an other opportunity when the presidency would be zoned to the South-East geo-political zone of the country.

Kalu, who described himself as a marketing person asserted that the Igbo would largely benefit from Tinubu presidency. He recalled that Igbo were made Commissioners and heads of departments in Lagos when Tinubu was the governor of the state in 1999 – 2007.

He said what was at stake was the president of Nigeria, that was wider than a contest within an ethnic group or religious bigotry. Kalu said his support for Asiwaju Tinubu was based on his party offliation.  He explained that he was an APC member which is far beyond ethnic loyalty.

To win presidential election in Nigeria, a candidate must win across other ethnic groups in the country, the Senate Chief Whip remarked. He said that he had no quarrel or difference with Peter Obi, but party loyalty demands that he should support his party the APC that has Bola Tinubu as its standard bearer.

It would be foolish of any person to believe that only Igbo votes could win the presidential election for Obi. Senator Kalu, who recalled that he ran for president in 2007, insisted that presidency was never a regional issue. Kalu said that he was earlier aspiring to contest the 2023 presidential election if it were zoned to the South-East or possibly to his village, Ikpere, in Abia State, but his party, APC, he said didn’t do that. “It is the Nigeria’s President we are talking about”.

Kalu, who defended his earlier support for the Senate President, Lawan Ahmed, said it was the best decision at the time as Lawan was his room mate and leader at the Red Chamber. He said the emergence of Bola Tinubu as the standard bearer of the APC had however relegated squabble among all aspirants on the platform of the party to the relic of history.

Kalu said that Tinubu was the man of the moment, who all Nigerians should, for the sake of the country, ignore regional, tribal and religious differences, rally round and vote to become the president come 2023.

He said the Igbo could not deny that Tinubu was a detribalised Nigerian as he had appointed Igbo people Commissioners, heads of departments and agencies when he was the Governor of Lagos State. This, Kalu noted, would be undoubtedly replicated at the national level if Tinubu won the presidential election.

Kalu insisted that what was at stake was not a regional issue. We are not talking of Igbo president, but Nigerias president. For any candidate to win, he must have the support of most ethnic groups in the country.

On the Muslim-Muslim ticket of the APC’s presidential candidate and the Vice Presidential candidate, Bola Tinubu and Kazim Shettima, he said people should not allow fanaticism to becloud them on the party’s vision of winning the presidential election, which had little or  nothing to do with religion. Kalu said that Tinubu was a minority Muslim group in the South, he noted that it would have been political suicidal for Tinubu to pick a Christian minority from the North as a running mate.

Besides, Kalu said the Muslim/Muslim ticket should not be seen as promoting one religion over the other.

The senate Chief Whip reminded people that Tinubu was married to a Penticostal Pastor, Remi Tinubu adding that they have been together for more than 40 years. He said it would be a sheer pretence to say that a First Lady has no influence on the state’s affairs.

Kalu said that he had no grudge(s) against anybody or Peter Obi running for president. He insisted that presidential election was a party affair and as a loyal member of the APC, he was duty bound to support the standard bearer of his party. “I am a member of the APC, why should I canvass support or vote for the Labour Party’s candidate? When the time comes, I would cast my vote for the APC presidential candidate, Bola Tinubu, as a mark of my support and loyalty to my party. A party’s stalwart must vote along party lines and not on tribal lines.

That is why I would vote for Tinubu in the 2023 presidential election. He is the standard bearer of my party”, saying he is calling on all Igbo people to vote Tinubu.

The consultation of Senator Kalu’s mother, City People learnt, was not unconnected with the woman’s reputation as a great political mobiliser.

The visit to Ikpere village of Senator Uzor Kalu was a strategic move by Tinubu not only to build a robust pillar of support for the realisation of his ambition in the South-East, but also to take advantage of Mrs. Uzor Kalu’s wide-spread political structure in the South-East to earn more votes for him from the area.

The APC’s presidential candidate had visited the former President Chief Olusegun Obasanjo in Abeokuta, he had gone to Minna to intimate and seek support of General Ibrahim Babangida and General Abdulsalam Abubarkar among others for his ambition to become president of Nigeria.

Recall that the Senate Chief Whip, Uzor Kalu, contested presidential election in 2007 on the platform of Progressives People’s Party (PPP) and won in two states of Imo and Abia. Senator Kalu said in an interview during Tinubu’s courtesy visit to Ikepere that 4 million votes were cast for him. He asserted that he still had the 4 million votes in his pocket.

Informed sources in Abia State said that Senator Kalu’s success at the polls in the past was the result of his mother’s political acumen, structure and umatched mobilisation capability that always induces the electorate to cast their votes for her son or any candidate who earns her approval and support.

The political grapevine in Abia, therefore, observed that Asiwaju’s courtesy visit to the woman of political substance would go a long way to woo Igbo people to cast their votes for Tinubu at the presidential election next February. This courtesy visit would undoubtedly not only give Asiwaju a bridge-head entrance into the South-East, but also widen his circle of supporters, an observer said.

TOWARD ACHIEVING A CLEANER LAGOS By Folashade Kadiri

Why We Support SIMI FUBARA For RIVERS Governorship

RIVERS PDP’s Plan To Have Its Nat...