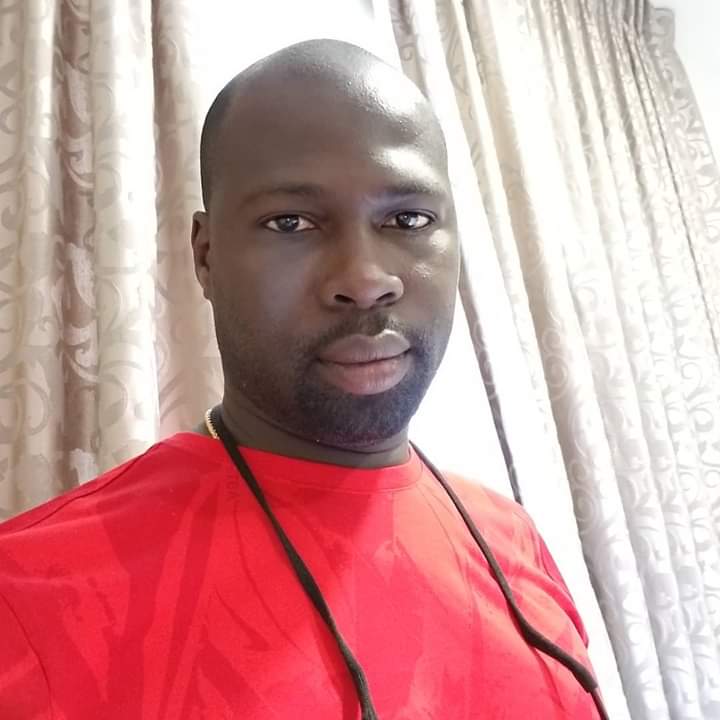 Talk of a young, brilliant and versatile Structural Engineer in Lagos who has carved a big niche for himself, you must mention Engr. Oludayo Lekan Aderinwale, the Managing Director of a reputable Construction Firm, Structmatics Engineering Company Ltd.

Engr. Oludayo is one of the best  brains in that sector. And if you want any clarity about how a building or structure should be erected, especially in the modern society, Engr. Oludayo is more than capable and qualified to do justice to the topic.

He’s young but he has travelled far and wide. He constantly travels abroad attending seminars and fora on building and structure. Engr. Oludayo has had series of professional courses in construction in the US, Germany and other Western European Countries. And now, because of his vast experience, aesthetic designs and architectural styles he brings to his work, he has suddenly become the toast of many investors who are desirous of quality and luxury buildings. He is a structural engineer per excellence who knows his onions when it comes to quality structures.

In the last few weeks, on Lagos Island to be precise, there has been cases of building collapse and many people have come out to advise government on how to stop this menace. This was why a few days ago, City People ISAAC ABIMBADE made a phone call to this vibrant young man who loves to proffer solutions, especially when it’s within his field. In this interview, he told us why many buildings are collapsing in Lagos. He also said many don’t even know the steps to take when planning to build houses especially in Nigeria.

The interview is revealing. Below are excerpts.

Let me start by asking you to tell us the work of a Structural Engineer on a building or structure, as the case may be?

Let me use our body as a typical example. There’s what we call skeleton, which is the framework of the body. When you remove the flesh, the next thing you see are bones, which are the frame work I’m talking about. So, those are the things that make a man to stand. That is exactly what structural elements do  to our buildings or to our  structures.

Most times, the duty of a Structural Engineer is mostly neglected and abandoned in this country. Because to put up a structure, let me limit it to building construction. The first person the client needs to contact is the architect. You’ll give your brief to an architect and all he needs to do is to draw a design, according to your brief.

That is to show the functionality, the space management, the aesthetic of that particular structure or building. But implementing such design goes beyond architectural design. After you must have done your architectural drawing and it is certified, the next thing is to go through the table of a structural engineer, which will now sit down and itemize, do a soil test report, which is one of the biggest problems we have in Nigeria. There’s what we call SBC, which is the Soil Bearing Capacity. The first thing a good structural Engineer will ask you is that, have you done your soil test? because every Structure sits on a foundation, the foundation sits on the soil. And for you to calculate your load,you calculate your load all the way from your roof because the load is being transferred from the roof to the column, to the slabs, then down to your foundation.

There are different soil strata for different soil terrain. So if you didn’t consult a Structural Engineer that knows so much about these things you will end up in trouble.

What does integrity test mean to you and how can you explain it in a lay man’s term?

We have NDT, which is Non-Destructive Test. Once you do all these, it gives you an idea of the status of that particular structure. And that’s what Lagos State is doing now. Most people have built; they weren’t supervised when they were building and nobody knows the quality of the materials being used and all these are being perceived.

The only way to be sure and ascertain the fact that this building can stand the test of time is just to carry out the integrity test on it.

What do you think is the major cause of building collapse in Lagos?

Different things could cause the collapse of the building, It’s not just limited to one, two, three or four. It could  be a foundational problem. It could be as a result of poor use of materials, concrete, rein-enforcement, and all that.

For instance, for you to erect a structure; the structure itself has a self weight. We have imposed load, we have dead load. All these loads or weight are being applied, and there are ways you calculate the load of a particular structure.

There are ways you factor in other loads that come aside the self weight, load like the occupancy of the building, things you bring in. Those are what we called imposed load. But the truth is, the most important thing in any structure is the foundation.

Because soil goes beyond what we see on the surface. Soil has different layers, we call them strata. There are different levels of soil, so,  you need soil test. And for you to do soil test, a machine is being used to drill all the way down to know the nature or characteristic of each layer of that soil up till when you get the final strata.

By the time you do that, you’ll get to know the Characteristics of each formation of soil at different layers. So, once you know that, we have parameter that we look into to now know that if the load of this structure is X, the soil bearing capacity that can be used with X, must  be at this strata. So, you do analysis before you design. That is when you can now say; for your foundation you have to dig up to this certain amount of depth, and that’s the depth that the soil bearing capacity is good enough to bear or carry the load of that particular structure. That is what we call excavation.

I have told my engineer that I want to do 2 storey building; I’ve actually done a foundation for a storey building. We got to the second floor, we said let’s me add one more floor. That one more you have added, where is it going?

Somebody excavated to 500 mm. I want to do my own too, I’m excavating to 500 mm, on whose report? Have you ever witnessed within the same compound, you want to dig a borehole and you won’t be able to get water within the same compound and you just go by the gate, you dig again, and you’ll get good water? It happens. That’s to show you that what is beneath the ground is far beyond our understanding. So, that’s why all these tests must be carried out. So in the process of doing all these, you spend money. You have to pay professionals to do all these for you. That’s where our people are always getting it wrong.

You could even still hire a Structural Engineer to do your design and have your soil test done and you move to site. Who are now the personnel that want to execute or implement this project? Are they working to specification of what has been designed? Are they using the right concrete mix?  Are they using the right rein enforcement? Even water affects the quality of structure. We have salty water on the Island, but people build with it. And it reacts with your concrete, with your rein enforcement. And when you put salt on iron, what happens? Of course, it will reduce the lifespan.

How can we stop the building collapse menace in Lagos?

What does it entail to build on the Island and Mainland? What do you do differently?

It doesn’t entail anything special. The difference in design across every area is just the type of foundation. That’s just the basic thing.

What do you have to say about some so called developers who will reconstruct an hundred year old building, in some cases. Are they doing the right thing?

Most developers I know, especially on the Island here (Lekki axis), they don’t really do such. Excerpt for those developers that build on Lagos Island or Oshodi Market. Those are probably the ones.  And we should probably look for the name to call them.

I work with some developers. Infact, I don’t call them developers, I call them investors because what they are out there to do is to invest into real estate. Those ones you are talking about are the ones who will sit down, buy materials and do the job themselves.

The truth is that, they are mostly the brain behind most of these incidents that happen on the Lagos Island.

Somebody invited me to Lagos Island one day. He was disturbing me to come over there, that it is their family land and they want to develop it and I said I don’t do such. Eventually I honoured the call. I got there. It’s just about 1,050 square metres. I said what do you want to do? And they said I want 9 flats. I looked around and I saw worse things than what he had said. Do we have a government in this country? Just like the recent building that collapsed, they said it had been served and received. Government should take court order and demolish all those buildings!

Meet One Of The Youngest Property Players...