How To Succeed As A Single Mother 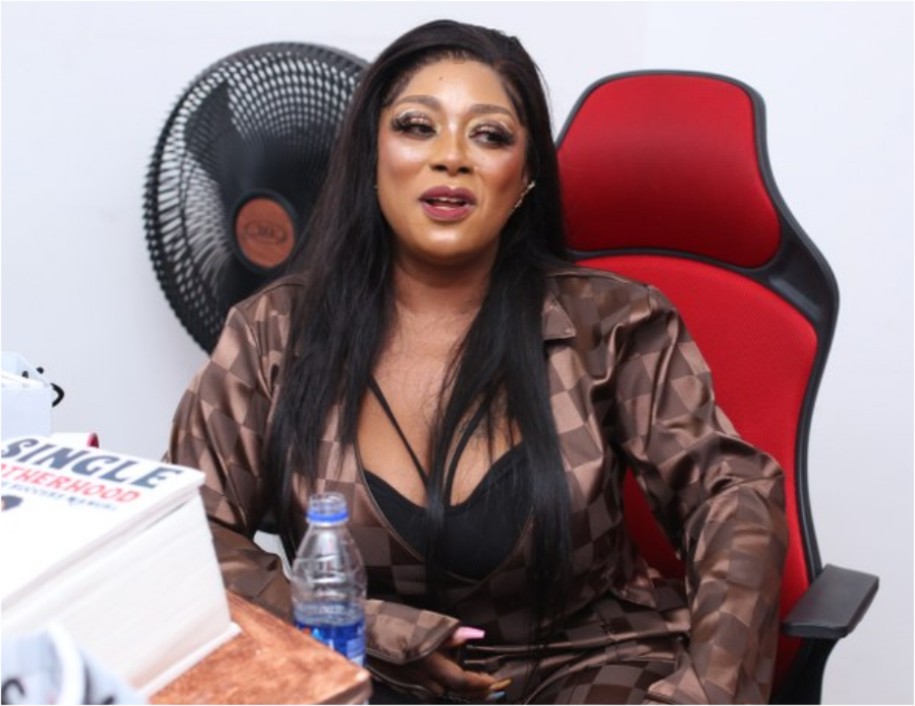 On Sunday, 9th October 2022 London Media practitioner, Yetunde Oduwole, the CEO of Bustline Media, held the Lagos  Edition of the soft book signing event of her new book Single Motherhood: The Success Manual. The classy event was held at Banana Island in Ikoyi. The  109 page book was printed in Great Britain by Amazon. It is a book written to give hope and encouragement to single mothers labouring round the clock to provide for their children amidst sneers and wrong profiling. The author has used her experience as a single mother who has successfully raised her 2 sons from toddlers to adults through various storms and whirlwind, as a case study and as guidelines to all struggling single mothers.

Her dream is to see single mothers worldwide get their groove back, climb to the top of their careers, raise exemplary children and use them as testimonials and symbols of their successes. She has used her life lessons through her single motherhood journey to teach, to train and to give warmth.

Yetunde Oduwole is a writer, Media and Events Consultant based in London. She is also a Branding guru and an Entertainment Agent. She has had stints as a journalist, proof reader, an editor, a co-publisher and a Columnist who has contributed to various leading soft sell magazines like City People. She has an Oxford and Cambridge Recognition (OCR) in  Hospitality and Leisure, a first degree in Tourism Management and a Masters degree in Management of Business Information Technology.

In the book Yetunde Bustline reveals a lot about the plight of single mothers.

“Nobody has Single Mothering planned,” she explains. That is a fact.  No young girl grew up wanting to become a single  mother. We had the kind oflife we wanted all planned out right from when we were old enough to speak. We  watched and read a lot of fairy tales and all we craved for  was a Prince Charming with the shining armour that would sweep us off our feet, love us unconditionally, marry us, live with us, make babies with us, and live happily ever after with us! It is unfortunate that some of us ended up with some terribly bad men. The men who swung open the doors to the Single Mothers’ Club to let us in and slammed the doors of ‘The Married Women Club’ in our faces!

“I do not know if it happened to you, but while growing up, I had this picture of the kind of man I wanted to marry stuck in my memory album. I would fantasise and always imagined him kissing and comforting me whenever I was at my lowest ebb. A tall, dark, and handsome man with chiselled abs who would protect me, fight for me, love me, and ensure my happiness always. It was everything heavenly!”

“All my younger years, I was in search of a man that would be picture perfect, carved exactly like my fantasies. I met some that almost fitted into my childhood specifications, but unfortunately, the ones I really wanted did not stay. When I ended up in marriage, my friends would always tease me that I got a short man instead of the tall; and I would be like … “ but he is good looking!” No one gets all the luck apparently.”

“I counted myselflucky at the time I got married. I was 27· It was a big feat. I was the first to get married in my circle of friends. They envied my luck. I was hailed and applauded. I walked down the aisle with a 7-month-old pregnancy. My parents and entire family were happy for me. I was happy for me too. There I was, starting a life I dreamt of. The specifications might not be exactly correct, but hey, I was getting married, a bun was baking in my oven. What more could be blissful?

“Sometimes I think if we had put all the effort we put into planning the wedding into the marriage itself, it would surely survive the storms. A little longer at least. I did try though, but what would not be, would not just be. There were some things my intuition brought to fore just before the wedding. The man I was getting married to was quick tempered and violent; especially when he had gulped a few bottles. Was this the man I wanted to be with for the rest of my life? My intuition warned me, but did I listen? Do always listen to your intuition ladies, it is the still small voice sounding a note of warning from the heavens.”

“The first episode we had was him shoving a plate of hot soup at me right in front of his friend who was the best man at our wedding. He narrowly missed my face! A little argument, and everything would quickly escalate. Silly me, I was stupidly patching it up. I should have been scared for my whole life. I should not have even continued; but I was pregnant, and I had a wedding to plan! It was not easy giving up mid-way, especially in Africa where everything sensible was a taboo. Nobody would have forgiven me if I called it off. I had to live with it. Should I tell you the truth? I practically pretended to be happy on my wedding day! I was not a hundred percent happy bride. I was being led to a dungeon, but I had to comply.”

“Fact is, we all became single mothers differently. While some happened naturally because of the husband passing on, loads are quite an episode and a sheer reminder of rocky moments, pain, and sadness. I asked some single mothers I met while putting this whole book together how they became single mothers. Some did not even make it to the wedding day like me. I kind of envied those. They could at least shake it off without the trouble of filing a divorce, or the agony of burning a whole wedding dress, burning the wedding album, and giving the wedding gifts to charity. Sometimes, the traces of being a married woman before being a single mother just had to be locked up in a place called “May I Never See You Again!” and that could be draining.”

“Some made the weird decision to become and remain single mothers for as long as they live due to ugly occurrences in their lives. They got fed an overdose of the evil pill from several men. They tried puking the pill out of their system a couple of times to embrace forgiveness, tried all over again on the street called Love; but it just would not work. Since the reproductive clock is always ticking away, getting pregnant and taking responsibility of the child is the only option they have. That ultimately signs them on to the Single Mothers’  Club.”

“Most ladies I spoke with told me stories of being abandoned after getting pregnant. This is the most popular single motherhood story. My take is, why didn’t you get the pregnancy terminated? But then we have the religiousness to contend with. Terminating a pregnancy is a sin, especially if you are a Christian. I am sure the nonchalance from the man would have been sitting and staring hard at them! Women! Why do we always pretend not to see the obvious, with the hope that things would get better eventually? What nonsense! My African sisters especially, nurse this dread of “What if this is the only pregnancy I would ever have?” “What if this child is my destined only child?” “What if I die in the process of the termination?”. These “What Ifs” have turned many African women to slaves, snatched happiness from a lot, and ruined the lives of thousands. So sad. This reminds me of Sola. She was my best friend in secondary school. Oh my! Sola was beautiful! Skin smooth and rich like pearls, body like an artwork. I have still not seen anyone with a naturally white set of teeth.

CRY IF YOU MUST

It is ok to cry. It can help you feel better and add some springs to your steps.

GO THROUGH THE SHOCK PROCESS WITH SOME BRAVERY.

It is not that easy, I know, but always remember you are here for your children and their survival depends on you.

Go for every available counselling.

GOD IS IMPORTANT NOW MORE THEM EVER

You do not have to be religious. Just Pray. Find a church or any house of God. Be a regular member. Serve. It always lifts the spirit.

Throw yourself into whatever you fancy or create new hobbies to keep you occupied.

IF YOU THINK YOU ARE LOSING IT, THERE ARE TIME TO TALK’

Join initiatives to improve access to psychological therapies for people with problems of anxiety or depression, like we have in the UK, and some countries around the world. Yours might come under a different name. Do some findings in your community. Your church/house of God might help with this too.

NOW IS THE TIME

TO GET A JOB AND

If you have one already, work like a horse! Every penny counts. You will be needing every dime! The load now rests solely on you, but you will befine. Havefaith in the process.

THE JOURNEY THROUGH SINGLE MOTHERING IS NOT ALL CAKES AND CANDIES,

But if you hold yo urselftogether, you might turn out to be the icing on the cake and the sugar in the candy!

How To Succeed As A Single Mother was last modified: October 18th, 2022 by City People

Lectured at 23, borrowed to pay school...

How GOD Made Me Meet Pastor ADEBOYE...