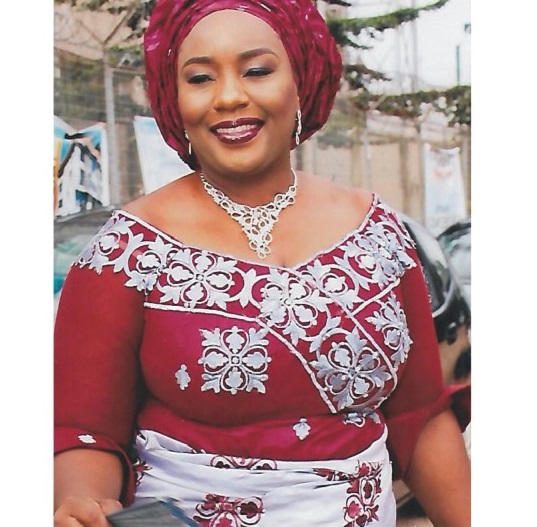 Tell us about Esther Sisters Initiatives?

It was set up by a group of friends say about 15 to 16 of us. And when we started we didn’t want to call ourselves any name as we didn’t want to say that we are NGO or we are social club. But we are just a group of like minds who came together but our mission is to do charity and reach out to the poor and the needy. And to do whatever that we can to help mankind.

Is the membership of Esther Sisters Initiatives purely for business ladies or meant for other professional ladies?

Not really, we have different kinds of career women; we have business women but it is not purely on business.

What is the modus operandi and how can new members get enlisted into Esther Sisters Initiatives?

When we started we agreed that we would not need more than 20 –people and then we were very strict about that. We are strict on accepting new members as we have our rules and regulations. First of all we must confirm and we must know if you are a responsible person and you must have that our mission statement that is the spirit of Giving in you. Like I stated from the beginning of this interview that we agreed that we would not be more than 20-persons.

Erhmm, the capacity to give does not make you to be rich or poor as there are poor people who are willing to give their last cash so we are not measuring you by your wealth but we are measuring you by the spirit of giving that you have. But a lot of people might feel uncomfortable thinking that is the notion which is very wrong notion that people have about the Esthers (Esther Sisters initiatives members) they think that we are all rich people we are not all rich but I am a petty trader (laughs) that is not a criteria it is not you are rich or poor just if you are willing and if you will abide by our rules if you have that spirit of giving that is the major thing…that spirit of sharing, giving and obeying rules and regulations, the capacity to be there for one another…you are welcome to ESTHER SISTERS INITIATIVES.

What is your position in Esther Sisters Initiatives?

I am the President of Esther Sisters Initiatives.

Why did you restrict admission of members to the limit of 20?

I believe in the cliché that too many cooks spoil the broth.   And from the beginning we know that we might not have the capacity to control the founding members we decided that we might not have that capacity to control new members and we will not have I know that like in any other female clubs as I belong to a lot of women clubs and at the end of the day people will just quarrel and there will be issues and the club will just die. I wanted something that we will all have close knitted group that we can manage….a group that we manage ourselves and that is why we restrict it to 20-members.

Among the conditions for membership does it also include both singles or is it meant for those ladies who are married?

How do you evaluate the characters of new intakes, how ex-convicts or those who have criminal records that you may not know?

We have our research team just don’t walk in into “Esthers Sisters Initiatives”, we have people who have applied and they were turned down because we have a search team in there with us and we researched on them and we didn’t find them fit. So as you come in we have a search team and we will work it out and find stories about you and you do not just come to ESTHER SISTERS INITIATIVES there must be a member  who will introduce you the other persons. The member has to certify you fit to join. And we have 6-months of probation and in those 6-months if we notice that you are not conforming …you will leave   and we have done it a lot.

When did your group establish ESTHER SISTERS INITIATIVES?

Can you tell us about the charity works your group has done in the past 8-years?

They are enormous. When we started we said that we are not going to be quiet about it as we did want to make it as if we are showing off or …a lot of people have wrong impression even when you have very good motives as people seem to read wrong impressions about your motives. Or people seem to think well I don’t blame them in this era of 419 (fraudulent activities) everybody forming NGOs using it to dupe and to obtain falsely.

So, we just wanted it to be quite but right now we have done so much that we are going above that quiet stage. We are like we are over burdened with too many people or groups asking for help inasmuch as we try it is difficult and a lot of people have asked question seeing 15-beautiful women even though  it is a criterion as you don’t have to be beautiful to be an ESTHER SISTER. But a lot of people seeing us misjudge us and so for the first time Emeka ! You know how long it took me for me to oblige to this interview as I have to talk to my group and they said it is okay.

Yes it was since last year. When we started, we were doing mission project charity works to different Motherless babies Homes, Old Peoples Homes as we have pictures of where we have done feeding clothing. And I know there was a year we bought them the biggest size of DEEP FREEZER refrigerator because we wanted to do something more than food and drinks and we wanted them to tell us what they needed most at that time and they said that it was a DEEP FREEZER refrigerator. And we bought them a big size deep freezer refrigerator.

There was this particular One Love Orphanage Home at ELEME TOWN axis it is run by a Reverend and this woman has over 50-children in her care. And she is not giving them out for Child adoption because she said that she started the Orphanage Home because GOD directed her to run this HOME and we have taken it upon ourselves in the last 6-years to at least foster that HOME and that is one Home that we go to two times in a year to foster and to look after the children and give them clothes, give them food.

And any time she is short of funds or she feels like when she is desperate we over-shoot our bought for the Home and we immediately offer assistance. Then we widows, we have in the last 3 to 4-yeaes ago  given N50, 000.00 to over 30 widows for them to go and do some trade with it and we have records.  We have gone to Braithwaite Memorial Specialists Hospital-BMSH Port Harcourt to pay hospital fees for more than 10-patients. We went BMSH and we got records of people who cannot pay their hospital bills from their Chief Medical Director-CMD.

Last year in 2017 we went to University of Port Harcourt Teaching Hospital-UPTH, Emeka I can back it up with pictures even though we don’t want to talk.  We went to UPTH and we paid hospital fees as we gave over 50-patients we gave them about ten to fifteen thousand naira each and we were leaving two patients ran to us saying that they were under University of Port Harcourt Specialists Teaching Hospital because they could not afford to pay their discharge fees…we still immediately there and then tasked ourselves and we gave them the money they asked for the payment of their medical bills.

That is done randomly it is going to say you bring and you bring as we go to authorities that is the Head of the hospitals whoever that is in charge and say please give us 10 names of people we want to help. And we didn’t know one of these patients we lost her recently she was the wife of a popular singer Mozzy B of Stone cold musical fame in Port Harcourt. At that time we started it we didn’t know that she was his wife as it was just a random thing.

And as we heard that she died we gave him a purse for the burial. You know there are cases of things we have seen in social Media or television about people needing money for ill-health and for other things. We just have an online platform which we use to confirm and if it is true we have been sending money to people like that. Like we send to Lagos, we send to Abuja and we send to many places without making noise about it.

We gone Iriebe rehabilitation Home Port Harcourt yearly since we found out about Iriebe Home in Port Harcourt for Mental challenged people there. We give them food twice in a year. Last December in 2017 we had a Christmas party with them.

Why did you choose that name ESTHER SISTERs INITIATIVES as each one of you bear the name Esther?

Like I told you when we started we agreed that as friends we would do what we can for humanity and Esthers just propped up from nowhere because we all know the role the Biblical Esther played to save her people. Esther automatically means “saver of lives” as she was selfless, she was humble, she was given, and she was everything which we are trying to copy. But one thing is her selfless service you remember when she said to her people that “I will go to the King if I perish I perish”. This is because we are meant to understand that you do not see the king without permission but she was ready to do that and was ready to sacrifice her life to save her people. And that is what we are doing. We might not sacrifice our lives but we sacrifice our needs for being there for the needy.

How We Set Up Esther Sisters Initiatives – IBIBA OMOTOSO was last modified: May 21st, 2018 by City People