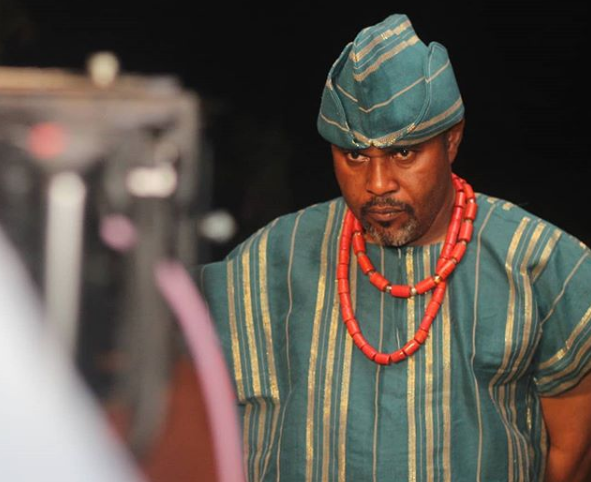 Saidi Balogun has reacted to viral report of scam allegations leveled against him by actress Tayo Sobola, otherwise known as Sotayo-Gaga, by telling his side of the story.

According to actor Saidi, in a long text on his Instagram, stated that he too was a victim of the alleged scammer named Idris Bello. He explained that Idris came to him as a travel agency boss and introduced a Hajj trip package. Because of the other people involved, who Saidi said he trusted, he believed Idris and agreed to be a brand ambassador for the travel agency.

I want to address the issue attempting to drag my name in the mud of social media. I would have ignored the matter but I realized that keeping quiet would further fuel the misconceptions and put me in a bad light.

Firstly, I wasn’t involved in any scam rather, I’m equally a victim. This is not a decision to hate or indict anyone but to clear things up.

A man named IDRIS BELLO came to me a few weeks ago and introduced a Hajj trip package. I wasn’t interested initially until he showed me a copy of my colleague IBRAHEEM CHATTA’S advert which he has been doing for his company. I was convinced knowing how well Chatta is very versed on religion and Islamic matters, so I decided to give it a shot but I didnt record any Visual and radio jingle for him except my picture that he used on his flyers.

A few days later, he pleaded with tears in his eyes that I should get some of my junior colleagues in the industry to buy into the traveling packages, he further explained that he had invested 20million naira already on the project and he was running into a huge loss.

His story seemed convincing, so I decided to encourage him by introducing MUSTAPHA SHOLAGBADE (versed in Islam) and SHOTAYO SHOGBOLA to his package.

During his birthday at Oriental hotels, VI, where he proposed to his fiancee in the presence of my self Lateef Oladimeji, Ibraheem Chatta, Shotayo, Mustapha. The gathering gave me a total conviction that the man is up to the task. I felt that if he could bring us all under one roof in one day, he might be able to pull bigger jobs. I guess I was wrong. I decided to run an advert for his package which he paid like 0.5% of the deal we earlier agreed on and complained there was little or no turnout, I believed him and took further steps.

The two people came to me that they had no money for international passport, which I fund them from my pocket to do the intl passport aside that, I also bare the cost of their trip from Ibadan to Lagos and the hotels and feeding on account of my goodwill.

After I had done all these expenses, Idris ran to me again, that he had issues he wants to solve, myself and Ibrahim Chatta came to his rescue and I am also aware Ibraheem also borrowed him 200k.

Along the line, Shotayo said she was no longer interested. But a week after I heard that the people Shotayo told earlier paid, which left me to confuse and shocked.

Unknowingly we got to the boarding plane only to find out that the booking he claimed he had made was not reflecting. He didn’t show up with the two other people’s passport/Visa either. Right there, we were left with two options either to report to the authorities or escalate the matter via social media platforms. My self and Ibrahim Chatta decided to let the matter rest and let God judge our actions according to intentions while we ponder on the next line of action. But later we thought of other victims that were involved who may not be willing to take such step because of the amount involved.

Mustapha Sholagbada told me Sotayo had reported the matter to the police and she had collected a letter from Higher Authorities, which make me at peace that all is in control,

And each time Shotayo reports me to people, I try as much as possible to call but she declined to speak to me and never returned my calls. I don’t hold this against her because I reasoned she might be angry.

I was totally alarmed to see my name being dragged on social media for sins I never committed.

But i am really inquisitive about this, when did social media becomes the highest Authority in Nigeria that is greater than the law enforcement Angencies?

When has it become a crime to make a referral for colleagues? When we know that referral is the

My intention for bringing my colleagues on board was clear and noble as I never knew it would end this way.

Am very inquisitive about this, If everything went well, will I have the same accolades on social media like this ?

Nevertheless, necessary investigations are still going on and we will alert the public as things unfold.

I will advise the public to beware of fake journalists who for their selfish interests do copy and paste without proper investigation. Only God knows how many lives and career have been ruined to such a heinous act.

In God I trust!

“I am equally a victim”, Saidi Balogun addresses scam allegation by Shotayo was last modified: September 27th, 2019 by Reporter