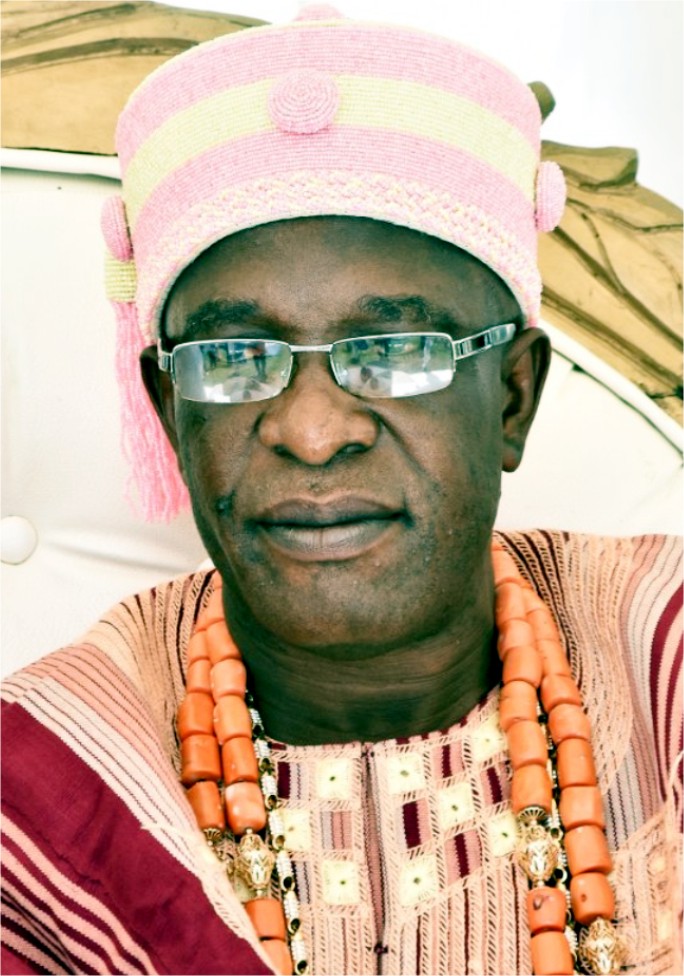 The sleepy town of Ode-Remo in Ogun State came alive last week when the Alaye of Ode Remo, Oba Adetunji Osho hosted the formal opening of the new Museum built by Adron Homes boss, Aare Emmanuelking. The town has been in a happy mood for the past few days because of the ongoing 10th coronation anniversary of Kabiyeesi (Alayeluwa), Oba Osho who spearheaded the building of a befitting palace for Ode-Remo. The beautiful palace has been completed. It is along Ode-Iperu road. It is an imposing structure befitting of any King in the South West.

And the new Museum is located beside the new palace to keep all the historic artefacts intact there.

HRM, Alayeluwa, Oba Adetunji Amidu Osho (Owa Daniyan II) is the Alaye Ode of Ode Remo. He has been in a happy mood for weeks now. He is celebrating his 10th year on the throne of his forebears. He is one of the educated Obas in Remo land. He is a Surveyor. He is also very stylish. He is from a royal family from both from his paternal and maternal side.

Oba  Osho was born to the two royal families of Owadaniyan and Apondele of Ode Remo. His late father, Mr Lamidi Dehinde Osho was of the Owadaniyan ruling house, whilst his late mother Mrs Moralahun Abadatu Osho came from the Apondele ruling house.

He assumed the throne as the Alaye Ode of Ode Remo on 26th April 2009 with the message of “love” among his subjects and adopted the appellation “Owadaniyan II”. He attended St. Joseph’s Primary School, Ikare Akoko, Ondo State between January 1966 and December 1971 where he obtained the First Primary School Leaving Certificate. Thereafter, he attended Saapade Grammar School, Saapade, Remo between September 1975 and June 1980. He left Saapada Grammar School with General Certificate of Education and West African School Certificate.

Congratulations on the completion of your new palace and the Museum. You are currently celebrating your 10th-year coronation. How has it been?

Ode-Remo has been in existence for centuries, about 13 centuries. We are in the 21st century now. It has been there just like that without any palace. All the Obas that have been existing have been operating from their respective homes. I came in as the Kabiyeesi, Alaye Ode of Ode-Remo, from Owadaniya/Apondele Royal Family. Those are the 2 families where I come from. I came in 2009 and when I came in that was the first thing that came to my mind. I kept asking myself how can I be operating from my house particularly a house that I built that is not big enough to occupy people as I want it?

When I said it at that time, people didn’t take me seriously. They said what is he telling us? They said all my predecessors have been asking for land but they have been converting that land for commercial use.

I said mine is going to be different. I am a Surveyor. What do you think I will use Ode-Remo land for when I have land in highbrow areas in Lagos. You can’t expect me to take your land and use it for personal use. I said no. I can’t do that. Many of them did not believe me. But the few that believed me said I can make use of this place. It is about 4 hectares of land, not acres. They gave me the land, I was happy. In my very 1st year I celebrated. It was the usual celebration anniversary. When I calculated how much I spent I said wow. Must I be spending this huge sum every year without a palace? I said okay, come 2nd anniversary I will use it for something else, not celebration. The money I set aside for the 2nd anniversary I used it to buy granite since we have a piece of land anyway. I went to do a foundation laying ceremony when I was 2 years on the throne. That was how we started in 2011.

The turning of the sod was done by His Royal Majesty, Oba Kehinde Olugbenle, the Olu of Ilaro, and Paramount Ruler of Yewaland. One thing led to another and we started building, we levied ourselves, friends outside the community-supported. Also, sons and daughters came around.

I had to do a lot. I started it, to show a good example that I was serious about it. And by God’s grace people now believed in me and they started supporting. By God’s grace, we did the commissioning of the 1st Phase in 2016. That means we spent about 5 years on that.

It was commissioned on the 20th of October, 2016 by Chief Kesington Adebutu. Oba Olugbenle was also there to felicitate with me.

We were using it. Then some people began to complain, as usual, that I should not have built the palace here, that this place is far, that I’m building in the bush, that it is not even on Ode-Remo land. It is on Iperu land.

They said all sorts. I didn’t budge. I ignored all they said. I stayed focus. I had made my preliminary studies as a Surveyor. I know this place belongs to Ode-Remo, though Ode-Remo & Iperu, we are almost the same family. We are together. There is no clear cut boundary between the 2 communities, because there is Apondele in Ode-Remo.

There is also Apondele in Iperu. So where is the source of that family? The source is from Ode-Remo. So, why do you now say that the 2 families are different? That is how we resolved that.

That same day we opened that 1st one, exactly on  October 20th 2018, we laid the foundation for the 2nd Phase, though the foundation had been there before. We laid the 2 foundations together. We did a special prayer for the 2nd Phase on the 20th of October, 2018. That is exactly 3 years after the commissioning. We commenced the 2nd Phase on that day. And here we are today, October 10, 2019, we want to commission a complete palace, a befitting palace, a multi-million naira palace with all the facilities there.

READ ALSO: MANY DON’T KNOW I HAVE PART OF MY ROOTS IN ODE-REMO – ADRON BOSS, AARE ADETOLA EMMANUEL-KING

I Am Happy I Was Able To Build A Palace For ODE-REMO – Oba ADETUNJI AMIDU OSHO Tells City People was last modified: October 14th, 2019 by Seye Kehinde

Many Don’t Know I Have Part Of My Roots In ODE-REMO – ADRON Boss, Aare ADETOLA EMMANUEL-KING