I Had Warned Our Leaders About The Impending Protest – Former LAGOS Commissioner, Dr. MUIZ BANIRE On City FM 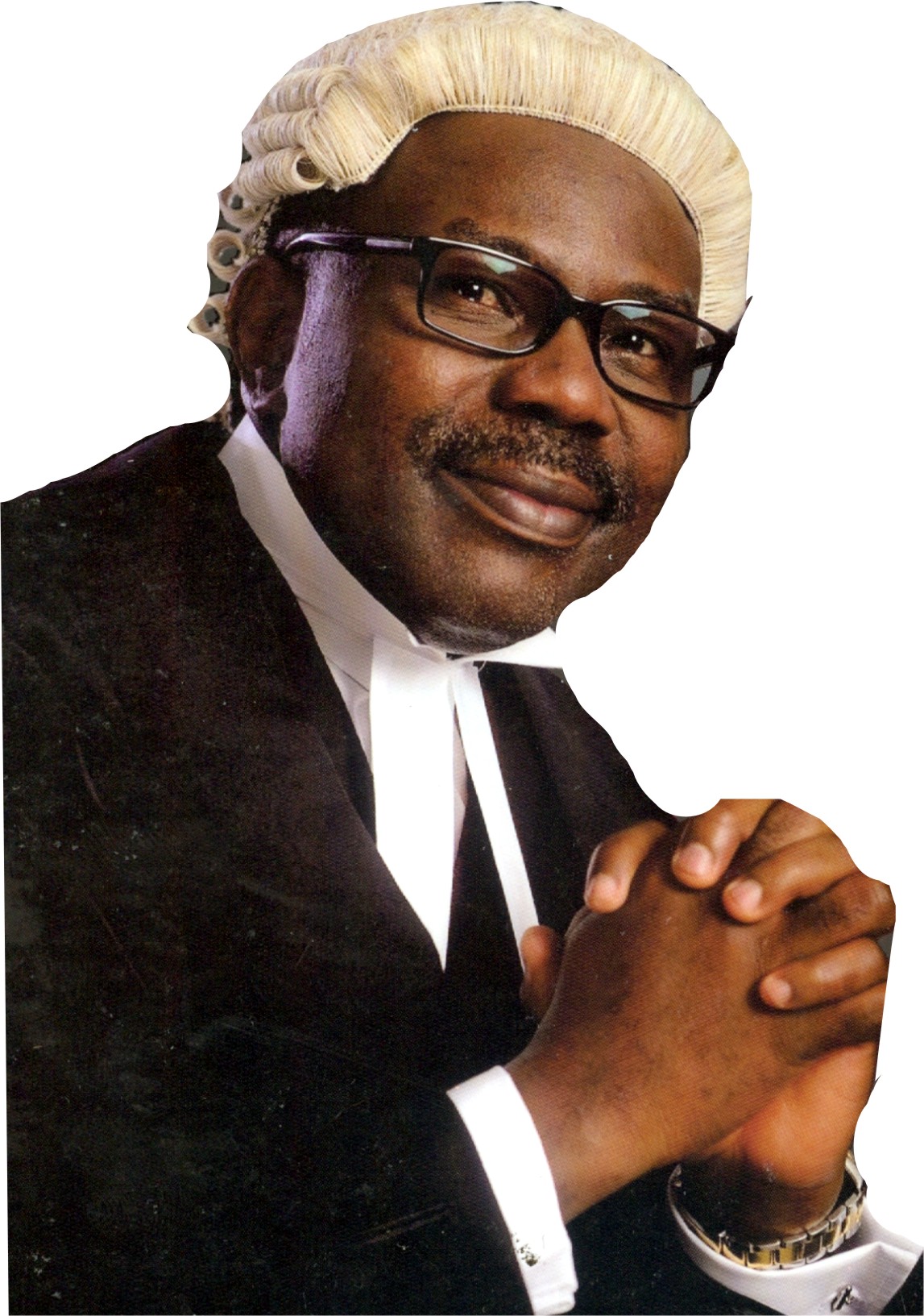 A few days ago, Dr. Reuben Abati interviewed Dr. Muiz Banire (SAN) via Zoom on City FM. Banire, a former Lagos Commissioner discussed extensively the aftermath of the EndSARS protest, CBN freezing of the alleged protesters’ accounts, as well as the arrest of some of those protesters and the legal implications of those actions.

To guide us through all of this was this prominent lawyer, an advocate who has been involved in politics. He is a Senior Advocate of Nigeria and an academic.

Dr. Muiz Adeyemi Banire SAN, PhD. is a lawyer, a lecturer, a technocrat, an activist And he has served 3 times as Commissioner in Lagos State government. He is the pioneer National Legal Adviser of the All Progressive Congress Party, APC and former Chairman of the Asset Management Corporation of Nigeria.

As a chieftain of APC and one of the persons carrying the banner of change and transformation in 2011, when you look back now, do you have any feeling of regret? Do you think that movement you supported in 2011 and 2015 has delivered for the people of Lagos and for people of Nigeria?

Truly, I was a chieftain of the APC and I believe in the party and the movement then, but along the line, I saw where we were heading towards. I could see that we most likely will crash and I don’t want to be a victim of the fatality. So I had to step aside in the last two years. Now away from it, I saw the party won clearly where I was active I rise to warn severally that look there would be consequences of all these things that were going on in the party today. And a lot of people even described me as a prophet. Some even said that I am an oracle that all I predicted happened. But one needed not to be a prophet, Imam or Pastor to have seen all these things. If you have simple analytical mind, you should be able to appreciate that and be able to predict the consequence. So for me, the party to a large extent is not what it represented at the commencement and that made some of us to step aside. Now for the government itself, it has not really lived to expectation because our expectation is by now, we should be able to make people happy generally. It has not been rosy at all. The reality is that Nigerians today are not only bittered, they are frustrated and they are depressed. In fact, if you have to do, you have to set up mental homes. I mean mental post to have a lot of psychiatric posts to attend to our people. Not because it is their fault but we are having mental people all over the whole place. So at times, when someone misbehaves, you have to go beyond the criminality to explore what circumstances could have led someone to behave in such a manner. So for me, I have not been impressed generally.

What do you think that the Federal Government and the state government can do to rebuild the morale of policemen in Nigeria, the confidence of  policemen, their trust, and the mandate that they have been given?

We still need policemen, they are not all evil.

There is nowhere in the world that society can exist without policemen. That’s the reality. But unfortunately in Nigeria, we have so much decimated the Nigerian police. Most of the misdeeds that we attribute to the Nigerian police are not done out of their volition. You need to visit any of their quarters and you will know nothing good can come out it. You put someone to live in a zoo and what do you expect? It’s animalistic behaviour. It’s just a natural tendency. So for me, I believe we have not treated them well, not only as a society, the government has not given them the right support to make them human. So when they misbehave, do not condemn them so much. If we want the police to deliver, we have a long way to go. We have not started at all. If you look at the current budget someone just hinted me yesterday that they are allotting 18billion naira to the Nigerian police and I was laughing. We are just clowns, we are jesters. Let us even look at the police division we have today, the area commands, the state commands and the amount a portion per vehicle how much they needed. Even in fuelling those vehicles per day. That will give you an idea of a joke that we are already putting out there. That cannot even be able to sustain that. Imagine the stationary that they will use. They said bail is free. They need papers to fill bail bonds and others. They have to go and buy papers. And you want bail to be free. This is what created enemity between the police and the people themselves. So we need to address that. Most police stations don’t even have light. Their communication system is zero. Most of the time they buy their own uniform, they buy their shoes. So in a situation of that nature, you don’t want to breed anything better than that. It is not possible. So for me, if we truly want good policing, let’s be serious. We need to address their concerns. They need the necessary tools to work. If they have all the necessary tool, if there are CCTV cameras all over the place. And all their technological devices made available for them, they don’t even have to beat or torture anybody before they are able to unravel crime. But in a situation where they lack virtually everything, right from their uniform, pen, much less luxuries like vehicles and the likes of baton, and walkie-talkie, all these things are not there. For me, no policeman will gladly go out there because he knows that going out there is like going to commit suicide. No bullet proof. The ammunition they have are shared. In a whole police station, maybe you have about six and they will be sharing it. For me, the funding is still zero. We are to address the funding of the police. Let’s even kit them well. Let’s provide the necessary equipment and tools they need to work and thereafter we can also complement it with their welfare. Their welfare is equally poor. How much do you pay somebody that you want to go and commit suicide on behalf of others? How much? The worst scenario is that the man does it at the cause of his job. To even get his pension or gratuity is even another challenge. He might have to even be bribing to get his entitlement which is usually paltry. These are the things that will not make them happily go out there to work. For me, the government needs to go back and re-calibrate particularly about the police funding. Let the police come out with a proper structure of what they need, let the National Assembly appropriate the right sum to boost their morale, their condition of service, their equipment, welfare and other logistics must be provided.

The issue that we have been dealing for some weeks now is that of the #End SARS protest aftermath. We’ve seen some of the leading protesters having their account suspended, having their passports seized and some of them have even escaped. DJ switch escaped to Canada from what we were told. And yet the Federal Government said it’s sympathetic to the 5 demands of the protesters. What’s your assessment on how the protest turned out and the aftermath where the protesters said they are victims of persecution, intimidation and harassment by the government from the CBN, The Immigration and other key state players?

I must say that in assessing the situation, we need to draw a line into scenarios. Firstly the EndSARS protesters actually went out peacefully to stage their protest, and make their demand which they did honourably throughout the period. Now, along the line we saw what happened. What really happened was that I think after about eleven days of the peaceful protest, there was an imposition of curfew. Immediately the curfew was imposed, and we all knew what happened. In fact, there was an attack. In fact, let me even say what actually led to the situation we are all condemning today that is to say the arson, the looting, the harassments, the attacks all over the whole place. What could have been responsible for that? My take on this is simple. Overtime, we have the situation where both society and the state have succeeded into breeding a lot of people I would describe as miscreants. And having baked them properly, these people were given opportunities of subsistence for survival particularly in terms of tolls collection. I give an example, parks and garages over the whole place. And these are people who are already used to daily earnings and suddenly there was an imposition of curfew. They had nothing to collect from the toll gates again the first day. Then the second day, they had recourse to various shops and various other enterprises. That in one hand led to the violence that we all witnessed. And that must certainly be distinguished and separated from the activities of the EndSARS protesters. Now having said that therefore, those people who actually protested, that is EndSARS protesters certainly are not culpable for anything whatsoever because it is there democratic right that they have exercised in protesting against what they consider to be the ills of the society or factors or issues that were affecting them during that period. Now the other side of it is those people who actually looted or commited arson, or terrorized others. There are enough legal framework to deal with that. We have criminal laws in Nigeria that could have dealt with that easily if proper investigation had been done. Therefore I do not see a situation where you would just use one to generalize or give a blanket cover to everybody that have participated in the period. Now having said that, therefore the next stage is, in fact I must give kudos, I would commend the Federal Government for their maturity and particularly the Nigerian Police for the maturity they exhibited but unfortunately what is playing out now negates the maturity they displayed initially because the presidency told us that he actually recognised the right of these protesters and he sees that they have done well and that is why he acceded to their demands. So having said that the government that have given their indication that they are ready and willing to engage these EndSARS protesters would have gone ahead to set up other structures of negotiation particularly in good faith. But what we are witnessing now is not impressive enough I must say. A situation where somebody’s passport is impounded is very wrong and condemnable but I must acknowledge the fact that the Immigration service and the Ministry of Interior did well by promptly attending to the issue that they are not actually maltreating the victim. On the other hand the Central Bank of Nigeria that is dealing with the Issue of freezing people’s account, that we will address at the right time. But with what is said and done I must say the Federal Government and the Nigeria Police Force actually behaved well during that period but what is happening now is untoward and not commendable. That’s the summary of it.

I Had Warned Our Leaders About The Impending Protest – Former LAGOS Commissioner, Dr. MUIZ BANIRE On City FM was last modified: December 2nd, 2020 by City People