I Hate It When Men Open Door For Women – Chimamanda Adichie 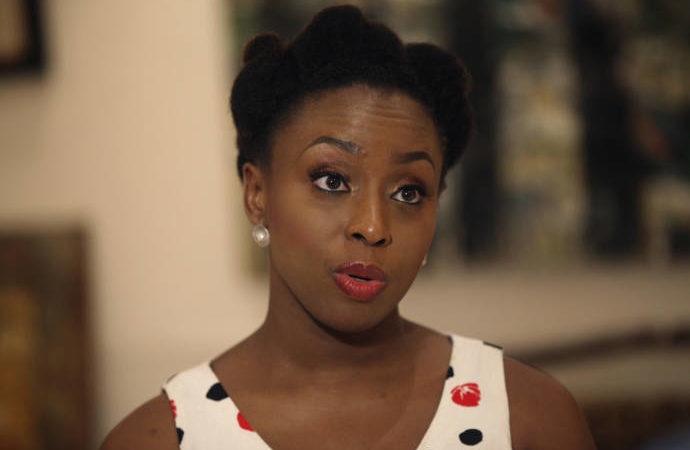 A five-star female Nigerian author Chimamanda Adichie, says she has “trouble” with men getting the door for women in the name of chivalry.

Adichie said she appreciates the gesture if done for her but “I hope they are not doing it because of this idea of chivalry”.

The ‘Americanah’ author said this on Wednesday when she appeared on The Daily Show with Trevor Noah.

“I think the idea of holding the door for women because she is a woman, I have trouble with it. I am quite happy for people to open the door for me but I hope they are not doing it because of this idea of chivalry.

“Chivalry is really about the idea that women are somehow weak and need protecting but we know that really, there are many women who are stronger than men.”

“So, really, what I think is that the people we should protect are people who need protecting; whether men or women.”

She added: “It is also why I sort have trouble with the idea of women and children; you know, when there’s a tragedy and we say women and children should go first. I think people who are weak, unwell, that should leave first.

Chimamanda Adichie is against men holding the door for women.

How long will it take for Chimamanda to say she hates being referred to as a woman? With the pace of her current meltdown, I'd give her 5 years. I am really rooting for her. pic.twitter.com/fGVIiMQLs8

I Hate It When Men Open Door For Women – Chimamanda Adichie was last modified: June 7th, 2018 by Damilare Salami