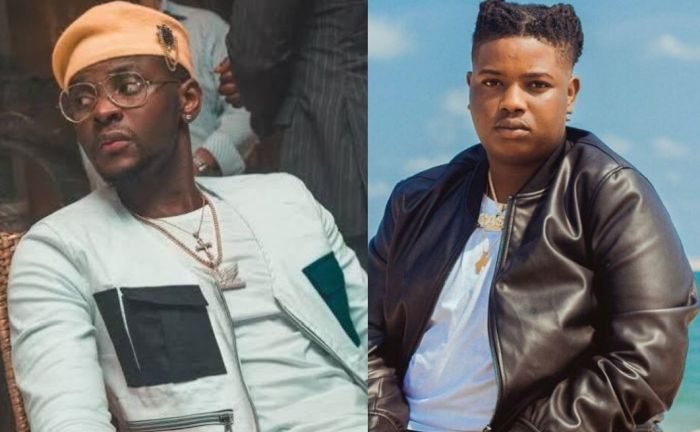 Nigeria’s fast rising music act, and son of legendary Fuji creator, Barry Jhay, has made it known in an exclusive radio interview with @do2dtun, that Flyboy Inc, a record label identified with music star, Kizz Daniel, was actually registered by him.

Speaking on Cool FM a few days ago, Barry Jhay stated that his first record deal, which was with Flyboy Inc, was illegal.

“I almost sold… let me not mention name as we are on air. But as soon as I discovered I am signed under an unregistered label, So I registered Flyboy”

He added that he was born into the game and understood how the industry works, he said even if Kizz, wants to retain the Label, he will have to consult him for consultation.

Watch excerpts from the interview below