I Will Never Be A Manchester United Manager – Pep Guardiola 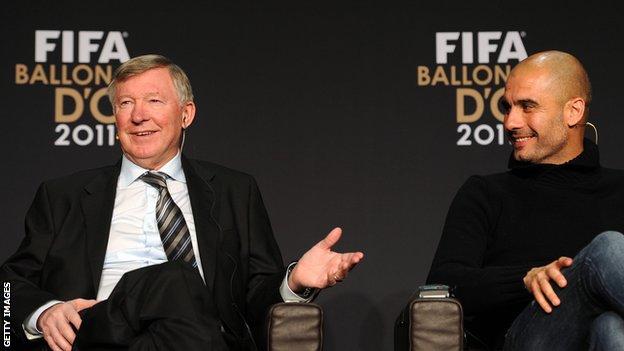 Manchester City manager Pep Guardiola says he would never manage Manchester United and would prefer to go on holiday than take over at Old Trafford.

Guardiola was on United’s radar to replace Sir Alex Ferguson but had already agreed to join Bayern Munich when the Scot retired in 2013.

The Spaniard said his status at City means he would not join United even if it was the only offer he had.

“If I didn’t have any offers, I would be in the Maldives,” he said.

“Maybe not the Maldives because it doesn’t have any golf courses but after training City, I won’t train United, just like I would never train Madrid,” said Guardiola, speaking before his side’s trip to Old Trafford in the Carabao Cup semi-final on Tuesday.

Ferguson famously met Guardiola for dinner in New York in 2012.

At the time, the former Barcelona coach was on his sabbatical year and Ferguson was still to decide he would end his own illustrious career just months later. Ferguson asked to be kept abreast of Guardiola’s plans but the return call never came.

United went on to win the Premier League but have not come close to winning another, whereas Guardiola has two titles – to add to the three Bundesliga crowns he won at Bayern Munich.

The 48-year-old has won 20 major honours, all with the distinctive tactics he learned from legendary Dutchman Johan Cruyff when he was a player at Barcelona.

It is for that reason former England skipper Gary Lineker recently said on Twitter that Guardiola has “changed the way we play/think about the game” and has had “arguably the most positive influence of anyone, ever on our game”.

“I admire Pep’s teams,” he said. “He is one of the best managers ever and you can see where he has taken his wisdom from but I have to say I worked under the most influential one.

“But when you watch City, you have to admire what they are trying to do. They stick true to their values and beliefs.”

I Will Never Be A Manchester United Manager – Pep Guardiola was last modified: January 7th, 2020 by Damilare Salami