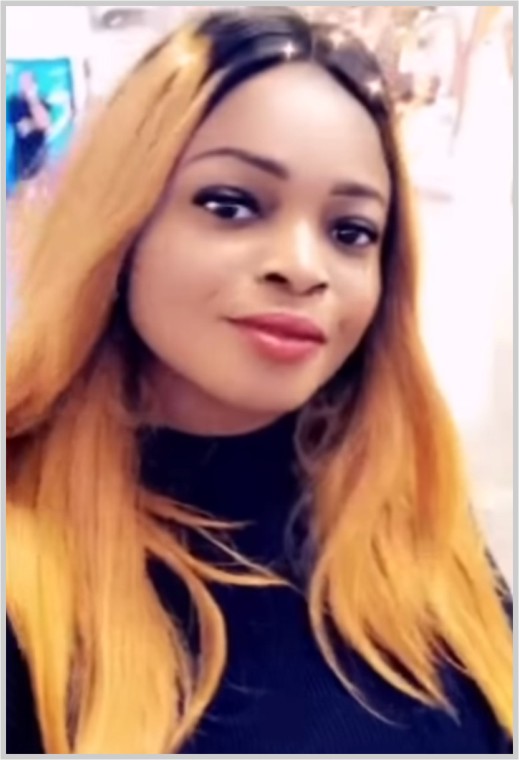 The Story Of FUNKE ADERONKE

The whole Of Ibadan social scene was thrown into a mournful state few days ago as Aderonke Funke, the brain behind one of the biggest Ibadan Boutique, Funktionals, died mysteriously in her car.

The ebony pretty babe who didn’t show any sign of being sick was hale and hearty as she left her house for her usual day to day activities before she died. The young babe whose nature of death hasn’t left the lips of many who are close to her hasn’t only left her close families in pains, her aged mother and 2 kids haven’t stopped crying since she died.

City People investigation revealed that Funktinonal is not only mourned because she runs one of the biggest boutiques in Ibadan but because of how far she has hustled to climb the ladder of success only to die at the peak of her career. Our source in Ibadan explained that Funktionals humble beginning is what many don’t know but many could see her glory. In her word “ Functional only worked in vain. Do you know she started Funktional selling “okirika wear” over 15 years ago. She was a young student as she would call us whenever she opened new bail of foreign used tops. She started so small before she moved into a small space along U.1 before she then got some shops within and outside Ibadan.” She revealed.

She explained further that Funke brand is so big that there is no rich Ibadan celebrity big men and women who don’t want to associate with her. She travelled far and near and her shops are located at various strategic places in Ibadan. Inside Preboyes Mall directly opposite Acess Bank Atm Galery along the University of Ibadan where her shops are located may house various boutiques but Funktional has over 4 shops there. Her shops are the biggest of all boutique in Preboyes and its always filled to the brim with celebrities.

Many love Funke because she is not just jovial, she is also respectful despite being rich. Aside from having a shop at Preboyes, she also has another branch at Ring Road in Challenge, Ibadan before she moved to Lagos where she opened another branch along University Road, Yaba.

Just a few weeks before the lockdown, She opened another branch in Victoria Arobieke, one of the commercial streets in Lekki Phase 2 which has also become the choice of many Lagos big babes. What are the various unaccomplished goals and pains of Funke? Well, our source who doesn’t want his name mentioned revealed that one of it is her marital status. He explained that Funke has been married twice. “Funke had her first child for a top Ibadan businessman who is into Trailer business. The marriage didn’t work so she left. Of course, she was not the first wife. She later met another young dude, “Sogologo” who based in  Dubai. They never got married officially, but they have a child.

Funke was not happy being single, so all this she made up for in her business. She Buries herself in her business and built an enviable brand. Do you know that despite this, she was never happy. I laugh when I read what people wrote that she can travel 4 times in a month. She did all that to safe herself from thinking unnecessary if she can’t find happiness in marriage, at least she has a successful business. It is just painful that death has snatched her away from us” He said. Another unaccomplished goal of Funktional boss is the fact that she couldn’t get to live in the new mansion she acquired in Bodija. City People source said that she acquired the land and had finished all that has to be done, only for her to move in.

The pretty young entrepreneur posted on her Ig page and had been filled with many condolence messages from prominent Nigerians. She will surely be missed by many who know are and what she stood for.

Few days ago, One of Oba Alaafin of Oyo’s wives, Olori Badirat Adeyemi, took to her Instagram page to write touching tributes to Funktional. She said that she almost signed a beauty brand endorsement from her few weeks before her death but she couldn’t because was already signed to another brand. What about Nkechi Blessings? She came on live chat to weep and spoke extensively about their business relationship. She wept for minutes and asked those who she has offended to forgive her that this life is vanity. Our source also revealed that Funke would have turned 37 few days after her death.

Why Alhaja Shine Shine Is Well Respected In Skincare

You Can Own A House In LAGOS This Year! REVOLUTIONPLUS Property CEO, Dr. BAMIDELE ONALAJA Explains How