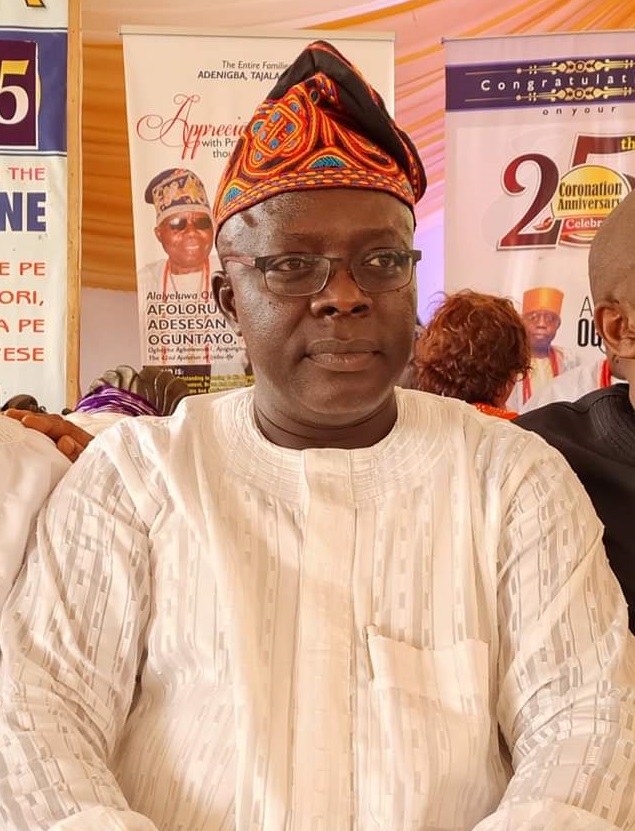 The traditional ruler of Ijebu Ife in Ijebu East Local Government Area of Ogun State, Oba Adesesan Oguntayo, on Tuesday, endorsed the Chairmanship candidate of the All Progressives Congress (APC), Hon. Wale Adedayo, as his preferred choice for next month’s election in the state.

Oguntayo, who spoke during a reception to mark his 25th year on the throne as the Ajalorun of Ijebu Ife, urged the electorates in the local government to vote for Adedayo, given his sterling qualities, which the monarch affirmed remains assets for any credible politician or political party.

The outspoken monarch, known for his forthrightness, especially on topical issues concerning the welfare of his people, noted that though he remains a father to all his subjects irrespective of political leanings, “the truth remains that Wale Adedayo always live and interact with the grassroots and will definitely know where the shoe pinches them in preparation to solving their challenges.”

Oguntayo expressed satisfaction in the emergence of Adedayo, adding that his track record of always giving back to the community from the little God has bestowed on him will see him through the electoral challenges. He commended Governor Dapo Abiodun’s achievement and posited that, “the Governor is doing well to our people and anyone he presents to us for council chairmanship should be voted for at the next election”.

In his words, “Yes there was rancour in the build-up to the party primary on who becomes the APC chairmanship candidate. But we are grateful to God, as well as our amiable Governor, Prince Dapo Abiodun, that all misunderstandings among the aspirants and other gladiators have now been resolved in favour of Wale Adedayo, since it is the turn of Ijebu Ife to produce the next Chairman of the Council. I appeal to us all to cast our votes for him as the next Chairman of Ijebu East local Government. I assure you and I am handing him over to you, Honourable Commissioner for Local Government, Hon. Afolabi Afuape, that Wale will be useful for the party and he will be useful for the government.”