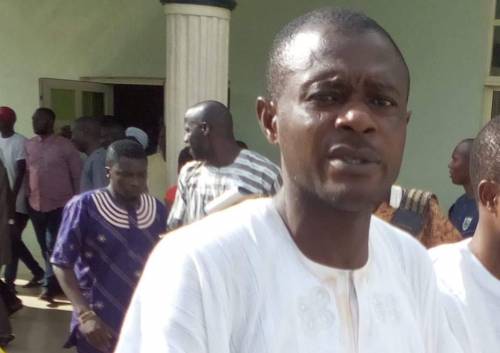 Agunola Omomowo, the Chairman of Ilaje Local Government Area of Ondo State is dead, Sahara Reporters has learned. Mr. Omomowo also popularly known as  “Adoration” among his political supporters died in the early hours of Friday after attending a political meeting.

A source who confirmed the news to SaharaReporters disclosed that Mr. Omomowo slumped in his hotel room shortly after the meeting.

The source who pleaded anonymity said the late Ilaje local government chairman was confirmed dead on arrival at a local hospital in the area.

The same source stated that the “sorrowful news” has already thrown the workers in the local council area into mourning.

“My younger brother told me that he (Omomowo) slumped in his hotel room after a political meeting, but the details are still not clear to me” the source said.

It was gathered that the outgoing Governor Olusegun Mimiko had earlier met with some of the local government chairmen before the incidence.

Sahara Reporters contacted one the aides to the deceased who said he would get back to our correspondent.

late Omomowo who is a Chieftain of the Peoples Democratic Party (PDP) was elected as the Ilaje Local Government Chairman on March 24, 2016.