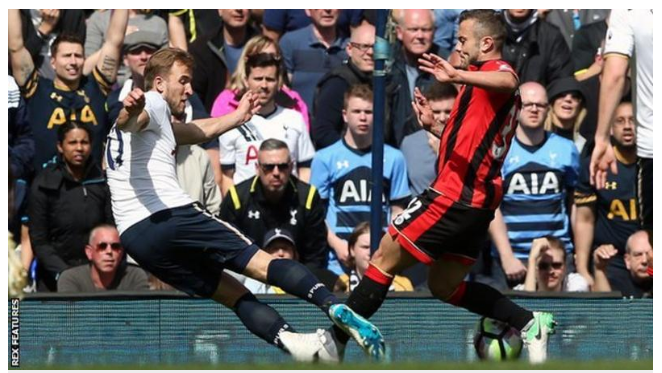 Bournemouth’s on-loan midfielder Jack Wilshere will not play again this season after suffering a fractured leg.

The 25-year-old England international, on a season-long loan from Arsenal, was injured in the Cherries’ 4-0 defeat by Tottenham on Saturday.

Wilshere has made 29 Premier League appearances this season for the club, without scoring, after joining them on transfer deadline day in August.

Scans have revealed a hairline crack in Wilshere’s left fibula and he will miss Bournemouth’s last five games of the season and return to Arsenal for further treatment.

He was substituted after 56 minutes of the game at White Hart Lane following a challenge with Tottenham striker Harry Kane.

“We’ve loved working with him since he arrived in August,” Howe added. “He’s made a huge contribution to our season and we wish him a quick recovery.”