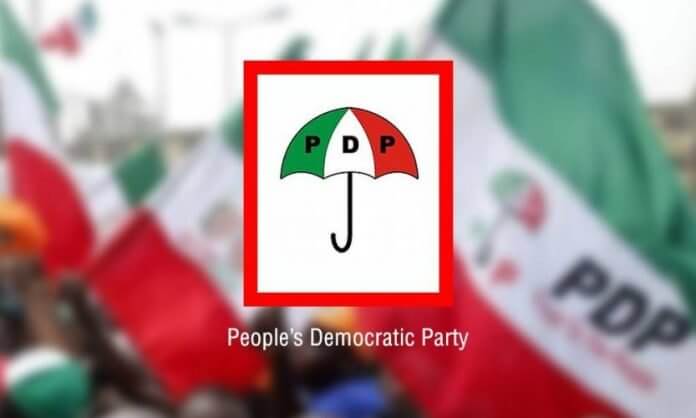 Justice Ibrahim Buba of Federal High Court in Lagos on Friday withdrew from a suit on the leadership tussle in the Ogun Chapter of the Peoples Democratic Party, PDP.

The judge, who announced his withdrawal from the suit no. FHC/L/CS/1556/17 in the open court, said his decision was based on a petition written against him to the Chief Judge of the Federal High Court.

The suit was filed by the Ogun State delegation to the PDP National Convention.

Listed as plaintiffs are a member of the PDP National Working Committee, Adewole Adeyanju, the PDP Youth Leader in Ogun, and delegates to the convention — Daisi Akintan and Alhaji Idris Muniru.

Among the 31 defendants in the suit are the Independent National Electoral Commission, INEC, and the PDP National Caretaker Committee and its Chairman, Ahmed Makarfi.

The plaintiffs are seeking among other reliefs, a court order restraining INEC from monitoring or supervising any congress of the PDP conducted by the second to sixth defendants for election of any person (s) into the Executive Committee of the PDP in Ogun State.

They also want the court to bar INEC from accepting or recognising any person(s) that emerge from such congress conducted by the defendants or any other officer of the PDP until May 2020 when the tenure of the current executive would expire.

But Justice Buba, who had earlier fixed Friday to hear the case, withdrew himself from the suit, saying he had seen a copy of the defendants’ petition against him in the case file.

The News Agency of Nigeria reports that some placard-carrying protesters had stormed the court premises, demanding the judge’s withdrawal from the case.