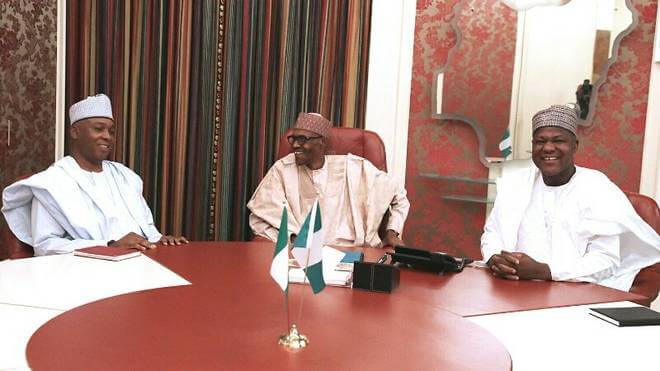 The meeting is likely to discuss

The President’s parley with Saraki and Dogara is coming at a time the ripples generated by the withdrawal by the executive of $496m for the purchase of Super Tucano aircrafts without the approval of the parliament.

Opposition lawmakers the National Assembly had called for the president’s impeachment over the unapproved expenditure.

Buhari and the two presiding officers of the legislature are also expected to discuss the 2018 Appropriation Bill which reports said would be passed this week.

READ ALSO: WHY I AM GOING TO THE HOUSE OF REPS IN 2019, AMUWO ODOFIN LG’S FORMER BOSS, COMRADE ADEWALE