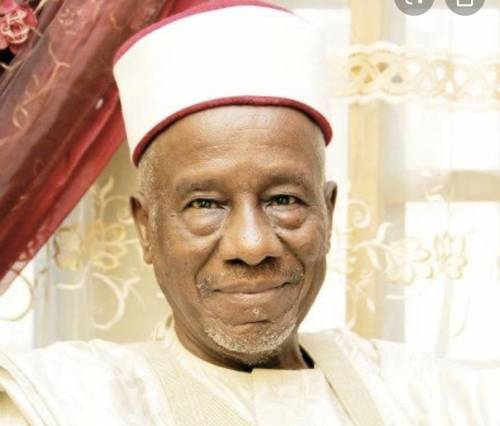 A former Chief Judge of the Federal Capital Territory, Justice Dahiru Saleh, has passed away.

He was said to have died in Azare, Bauchi State, to suspected Coronavirus complications.

A family source told SaharaReporters that the late Saleh died on Thursday in Bauchi and would be buried in Azare today.

“Yes, he is dead. It’s so sad that we lost our paternal aunty yesterday and our paternal uncle, Justice Dahiru Saleh today.

“He died two hours ago and his funeral prayers is scheduled for Azare, Bauchi State,” the source said.

Interestingly, the late Justice Saleh was the judge, who annulled the June 12, 1993 Presidential election in Nigeria, which is adjudged to be the freest and fairest in the country’s history.

Business tycoon, Moshood Kashimawo Olawale Abiola, who ran on the platform of the Social Democratic Party, won that election by popular vote by defeating Bashir Tofa of the National Republican Convention.

Saleh, while taking responsibility for the annulment in an interview in 2016, faulted the failure of MKO Abiola to appeal his decision.

According to the late judge, he hinged his decision on a midnight ruling on June 11, 1993 by Justice Bassey Ikpeme, which held that the election should not have taken place, to annul the exercise.

MKO Abiola died on July 7, 1998 while still in detention after he was arrested by the military regime of late General Sani for declaring himself winner of that election.