Juventus Stroll Past Porto In UCL, Make Q/Final With 3-0 Agg 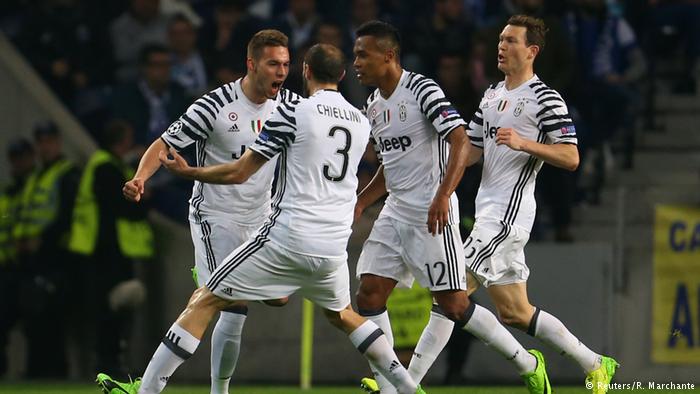 Juventus strolled past Portuguese league side Porto to make it to the Champions League quarter-finals with a lone goal second-leg victory on Tuesday night.
With a 2-0 advantage from the first leg, Juventus sealed the tie when Paulo Dybala drilled in a low penalty after Maxi Periera saw a red card for handball.
The hosts played the second half at a canter as they reached the last eight for the second time in four years.
Striker Gonzalo Higuain went closest to a second when he fired wide.
Juve are joined in the last eight by English champions Leicester City, who beat Sevilla in Tuesday’s other game.
The quarter-final draw takes place on Friday
Based on their formidable domestic record, Juventus are rightly considered as one of the finest teams in Europe.
However, the Bianconeri – on course to win a sixth successive Italian title – have failed to show that consistently in the continent’s premier club competition.
This will be their first appearance in the last eight since 2015, which came on their way to a 3-1 defeat by Barcelona in the final.
Juve were dramatically beaten by Bayern Munich in the last 16 last season and stuttered out at the group stage against Real Madrid, Galatasaray and FC Copenhagen three years ago.
Now Allegri’s side must surely be prioritising another Champions League success – which would be their first since 1996 – in order to cement their place alongside the best Juve teams in history

‘I want a public apology for all this humiliation’,Stephanie Otobo tells Apostle Suleman [WATCH]